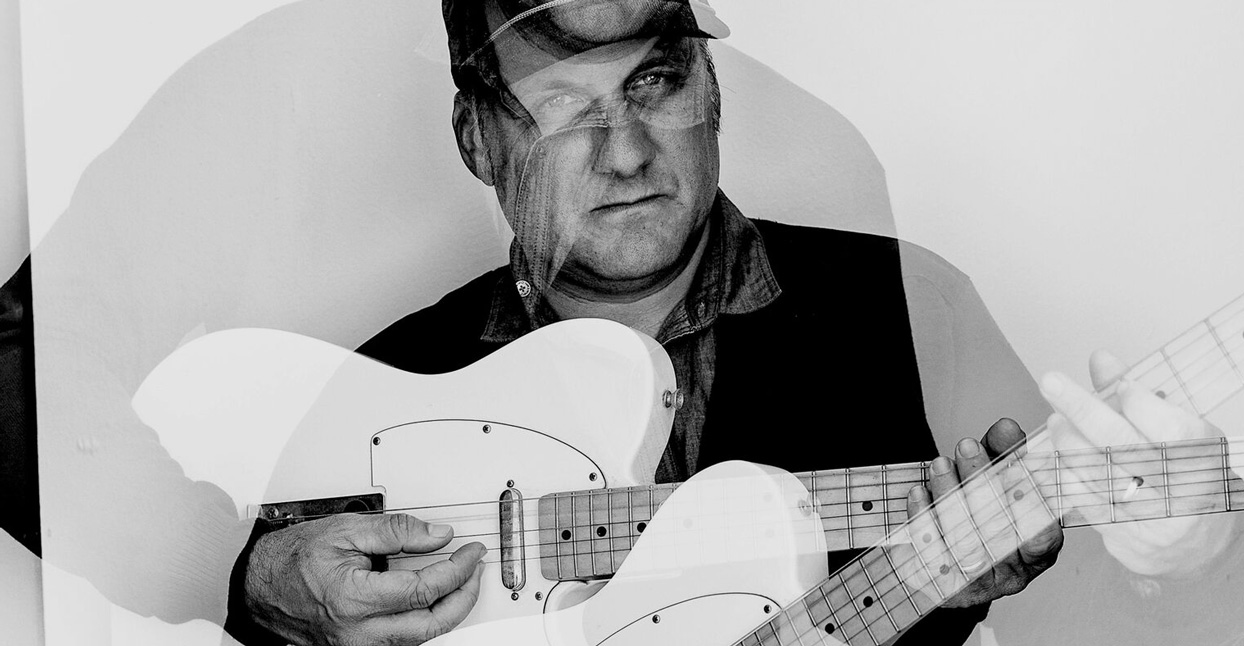 Scott Kannberg didn’t plan to go eight years between albums. But after releasing his first solo record as Spiral Stairs—the nickname he originally used as a founding member of indie-rock legends Pavement—in 2009, life intervened. Pavement reunited and toured, Kannberg got married and moved to Australia, then had a daughter and relocated to L.A. Once he finally found time for a new album, he wanted to move fast. “The early Pavement records were made in like three days,” he says. “I itched to do that again, and I had songs that could be done that way.” Unfortunately, there were more roadblocks ahead: Kannberg’s good friend and bandmate—drummer Darius Minwalla—passed away unexpectedly.

The shock caused Kannberg to slow down once more. Over the next few months he rewrote a few songs, penned some new ones, and gradually assembled an album. In the process, what was meant to be a back-to-basics rock record became something more complex. Though the tunes on Doris and the Daggers are immediate and direct, they also feature extra touches like string sections and horn accompaniments—the sort of embellishment that needs time to grow. The album also includes several guests, including Kelly Stoltz, The National’s Matt Berninger, and Broken Social Scene’s Kevin Drew.

Still, this is clearly a Kannberg album, filled with simple melodies and his most personal lyrics ever. Many songs include autobiographical details about travel and family, including a super-sweet gem about his daughter, and a poignant tribute to Minwalla. Kannberg recently spoke to us over the phone from his family’s new home in Mexico.

When did you decide to add strings and horns to some songs on Doris and the Daggers?

Initially we just recorded the basics. And then I sat and listened to the songs over and over, and I spent more time crafting them—which is funny, because originally the record was just going to be a garage rock kind of record, and it turned into more of a Roxy Music kind of epic record. It starts with an ‘80s new wave-y sound, and then turns into a mellower vibe at the end. It’s got two different sides. I like to make records that when you flip them over, it puts you in a different mood.

You mention the Roxy Music influence—do you often think about other people’s music when you’re making your own?

Oh, for sure. You strum a guitar and you’re like, ‘Wow, that reminds me of something off this record.’ Everything comes from your influences. I constantly listen to music, and I’m constantly discovering old music. I haven’t gotten to that point where I’m totally devouring new bands. To me it’s more interesting to go backwards and hear things that you’ve never heard before.

Did any other specific artists influence Doris and the Daggers?

Yeah. I never got into Lloyd Cole until the last few years, when I really got into his stuff. Also the Go-Betweens, that very literary pop kind of stuff. And some weird Bowie records that I’d never gotten into.

Lyrically, this seems to be your most personal work. Was that intentional?

Yeah, I think so. The way I used to write before, I had moments of honest writing, but most of my songs just put words together that sounded good. The word was kind of like an instrument to me. That’s what I did in Pavement, too. I’d string words together that sound good, and try to make a meaning out of it. They made sense to me, but someone listening is probably like, ‘That doesn’t make sense.’ But I think as time has gone on, I’ve become better at putting words together that make sense. Maybe it’s because of listening to Lloyd Cole. I’ve never really liked Springsteen before, but now I love his music. And Van Morrison. Stuff from the ‘70s and ‘80s that I would never admit back then that I liked, now I like. That’s the key.

The images in “Dundee Man” are vivid—what’s the story behind that song?

I had this vision of the past, of going to Scotland for the first time and meeting this girl, and her taking us around Edinburgh. And so I went from there to a story about this guy, this friend that I know from Dundee. It’s a travelogue kind of thing about bringing back memories.

“Trams (Stole My Love)” has a travelogue feel, too.

I’ve had the first line of that song [“Riding the trams around / Going town to town”] for 10 years, but I’ve just never been able to finish it. It’s about meeting my now-wife, and it’s kind of about love, addiction, the past. It’s about Seattle a little bit, and about Melbourne. I like using images of cities.

Having moved around a lot in the past decade, do you find your environment affecting your music?

For sure. There’s a couple of songs on this record that deal with living in Seattle, there’s a few dealing with Australia, L.A.—so yeah, it’s definitely been transitory, for sure. It’s fun. We do it because we want my daughter to see things with a different viewpoint. She goes to an all-Spanish school now, and she doesn’t know any Spanish. So it’s pretty cool. It opens eyes.

“Mother’s Eyes” is one of the most touching songs on the album–what inspired that one?

I wanted to write a song about Darius and how he had his mother’s eyes. People, when they die, they’ve got these angel eyes. I’m not religious or anything, but I do think that something happens when you die. Something to do with the eyes. It’s a very emotional song. The part about Darius is kind of a tearjerker for me. When we were in a band together, I would play the Stranglers in the van and he’d be like, ‘What’s this?’ And in the end, he ended up playing with Hugh Cornwell from the Stranglers, and the last song he ever played before he died was “No More Heroes” on tour in Japan. It’s weird how things come around like that.

You brought in a lot of guests to help with Doris and the Daggers, including Matt Berninger–how did he get involved?

He’s a friend, and I envisioned him singing that song [“Exiled Tonight”]. I had this idea of singing like him, actually. And then I saw him one day and said, ‘Hey, I’ve got this song that I sing like you. You want to come and sing it with me?’ I’ve known a lot of these guys for a long time, and it’s just what you do. You bring in people, and it adds something. When you do a record, you’re just so entrenched in it and you think, ‘God, how can we move forward?’ Bringing someone in to do something different always moves it forward. Kelley Stoltz did that. He put in some little melodies here and there that are beautiful, that changed the vibe of songs.

Where does the name Doris and the Daggers come from?

There’s this bar in Sydney, and this woman who runs it, her name is Doris. So we went in there one time, and she was playing guitar, and she said, ‘Can you play something?’ And I started playing “Two States” by Pavement. And there’s that line in there, “40 million daggers.” She stopped me and goes, ‘That’s a lot of daggers.’ I was going to have a completely new band called Doris and the Daggers, but I ended up just using it for this album.

I think I’ve always been political in my songs. I mean, “Two States,” come on. But yeah, I think it’s a responsibility of artists to reflect the time that they’re in. Art is always something that drives movements. Look at what Dalí was doing, drawing pictures of brutality. Woody Guthrie writing songs about fighting the fascists. I don’t overtly try to do it, like in the old punk rock days. But I could. I could write a political song, easily, and I probably will for the next record. It’ll probably be all very political, because it’s fucking insane what’s going on right now. I’m afraid for my child. Things are going to be screwed up. You’ve got to do what you can.

Did you ever imagine when you were in Pavement that your music would resonate with people decades later?

No, man, I did not think this would happen. We were just making music to celebrate our favorite bands and records. I never saw it coming. Maybe it’s because we’ve kept doing reissues. I posted on Facebook the other day about the 40th anniversary of Television’s Marquee Moon, and I read all these comments from people saying, “Wow, thank you so much. I’ve never heard that record before.” I think that’s probably what happens with Pavement—every day a new kid gets turned on to it and finds something in it. That’s how music should be, right?