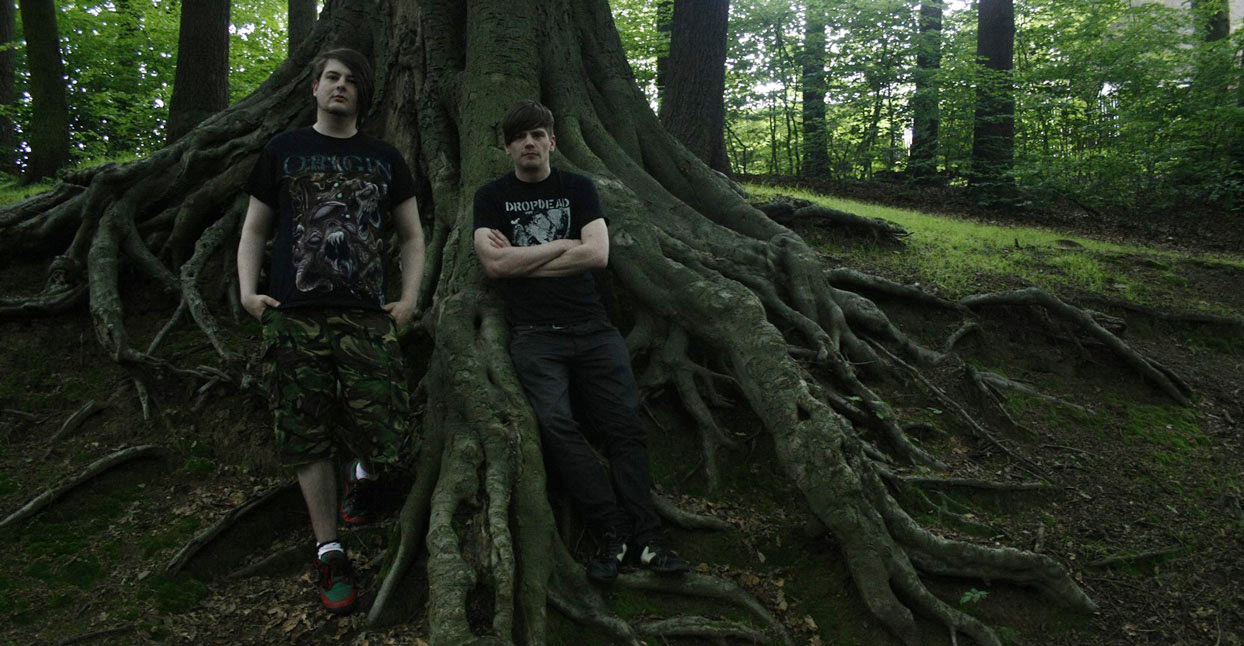 Bands that have “gimmicks” tend to be an easy sell to fans. A gimmick offers an element of spectacle in a music world that’s become increasingly overcrowded. Having a handy, head-turning concept can help put a project in brackets, providing outrageousness for audiences accustomed to sameness.

Slugdge have a gimmick. The group write bizarre, off-kilter death metal about—you guessed it—slugs. More specifically, the group deal with malacology, the form of zoology that deals with mollusks—slugs, snails, octopus, squid, etc. But dig a little deeper, and it becomes clear that Slugdge are not out to write jokey songs that are as big on punchlines as they are on riffs. In Slugdge’s world, the snails and slugs are metaphors for the current state of the world.

“At the beginning of the band, it was all about being really grimy and slimy,” says vocalist and multi-instrumentalist Matt Moss. Slugdge formed in Lancashire, England in 2012, and released their first three albums on a name-your-price basis on Bandcamp. Initially, Slugdge was just Moss and guitarist Kev Pearson, but now they’re a full-fledged band, rounded out by bassist Moat Lowe and a drummer whose name has yet to be announced. With their savvy integration of black metal, death metal, prog, and grindcore, their music often calls to mind similarly avant-garde icons like Akercocke.

The lyrics are as complex as the music. Reducing the band to the “slug metal” tag doesn’t do justice to the depth of their concept. While surface comparisons to Lovecraft are unavoidable (there are recurring lyrical references to slug overlords named Rhaexorog and Lord Yeth’Shuul, and their 2014 album Gastronomicon is an ode to Lovecraft’s Necronomicon), underneath that sticky veneer is something far more compelling: a deeply considered narrative that addresses anarcho-primitivism, anti-globalism, Brexit, and the mass extinction of the human race. On “Crop Killer,” Moss sings, “The soldiers won’t defend the hive / When the Queen neglects to satisfy the builders / You like to play the devil’s advocate, passive and impotent / Brood over fallen empires / That were built upon the bones of millions.”

“I’m really, really left-wing, but I don’t tend to bring that into Slugdge so much,” says Moss. “But occasionally, and especially with the ‘brood over fallen empires’ thing…with Brexit, we’ve had this sort of thing like, ‘Make Britain Great Again,’ same with the MAGA thing in the [United States]. Great? Again? The British Empire?”

He elaborates, explaining how the song also deals with humanity’s “domestication,” and the fact that, while we have improved in many ways, we’ve also developed dependencies on certain creature comforts. 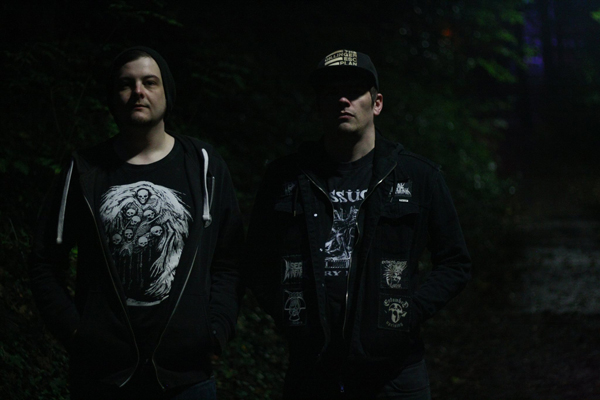 “That sort of need or want to return to a time where things were a bit more brutal, and perhaps a bit more romanticized—you get people saying these things like, ‘Things would be better if it were like it was in the time of the ancient Vikings or ancient Spartans.’ No, it wouldn’t.”

He draws parallels between the current wave of reactionary online commentary to the right-wing populism sweeping across the United States and Europe. “I mean, take heavy metal for example. It’s a globalized form of music, it’s everywhere. We can’t stop it…but then you see this resistance to that [globalization], a primitivism, whether it’s the new Trump movement, or whether it’s the Brexit. There are people who are not primitivists but are primitive, they want to push things back.”

Those themes also bleed into the band’s cosmic and sci-fi themes; it’s another connection back to Lovecraft, but in Moss’s view, Lovecraft used extraterrestrial terrors to “represent foreigners”; the band makes a conscious break from that xenophobia, instead using cosmic forces to represent mankind’s impending doom. In “Slave Goo World,” they sing of a “Psychic virus from the vast outer reaches” that offer “terrible vistas of a nihilistic future.”

“There are cross-global issues in the world that absolutely require everyone to be working together—like climate change, for example,” Moss says. “These are things that, if we don’t get them sorted out, we are doomed as a species—our entire species. Not our stupid Western civilization, or our ridiculous notion of our nation state. Our entire species. And that’s been a theme over all of our lyrics.”