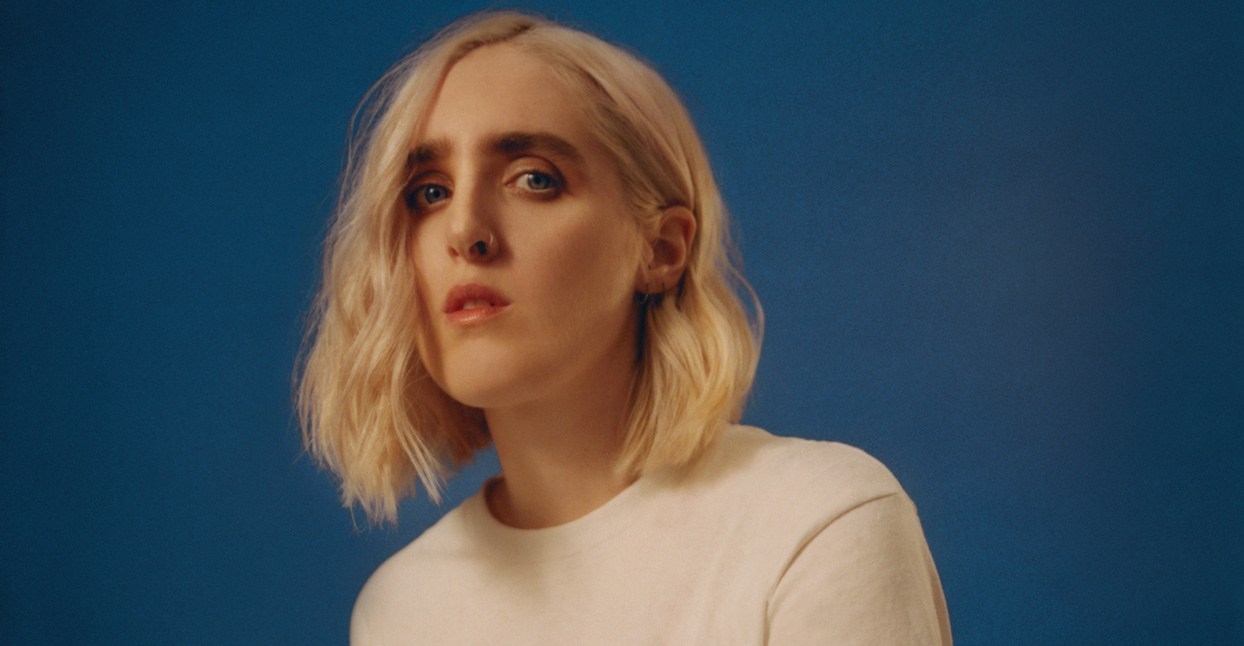 The giddiness of new love is a common theme in pop music, but there are far fewer examples of the joy of queer love in the canon. The few out queer pop stars have mostly trafficked in queer heartbreak—an area the England-born, now Brooklyn-based songwriter Shura is very familiar with. “Touch,” the slinky lead single from her debut album Nothing’s Real, details the pain from desiring an old flame; it aches with the impossibility of restoring that physical connection. On the shimmering disco-ish “the stage,” from her new album, forevher, she flips the script, replacing dread with about-to-boil impatience as she sings about a new love interest. This time, though, her feelings are reciprocated, and the joy of that reciprocity takes center stage on forevher.

On forevher, Shura works from an expanded musical palette, incorporating the sly funk of ‘80s Minneapolis and the theatricality of ‘70s singer-songwriters into her work. It’s a confident step forward from an artist who was previously focused on her nervousness about romance; she credits that change to the fact that she is in love. “I think falling in love sort of emboldens you in many ways, because you’re in a positive space, so you feel more adventurous as a person,” she says. But forevher isn’t just about being in a relationship; it’s about Shura’s experience of falling in love, and the times and places she associates with that feeling. To wit: The central riff on “religion (u can lay your hands on me)” was written in a Minneapolis basement, the first night Shura, who was still living in England at the time, and her NYC-based girlfriend started texting. “The stage” is the story of their first date at a MUNA show—or more accurately, the experience of being at the show and desperately wanting to leave to make out. It’s a hope for consummation that’s echoed in the crescendo that ends the song.

In fact, one of the chief joys of forevher is its specificity—the small details peppered throughout the lyrics. Shura sings about low ceilings in rental flats on “side effects,” worries about death while complaining about an unwanted free soda on a flight on “princess leia.” On “BKLYNLDN,” she runs out of words to describe her crush, resorting in the end, “I think you’re awesome.” Shura recognizes that specificity goes against pop music’s prevailing logic—the idea that every successful song should have universal appeal—but explains, “Everyone’s experience of life is so personal and is so specific. I sort of had this feeling that even if I’m writing about an experience in great detail, the listener will relate it to a different experience that they’ve had because their experience of that is also specific.”

She applies the same kind of granular approach when she’s inhabiting someone’s else’s story, too. Anchored by somber yet tender piano, “tommy” arrives midway through the record, and marks a shift from the urgent physicality of the first half of the record. The euphoria of new love can’t mask the potential risks that come with romantic entanglement. On “tommy,” Shura adopts a host of different perspectives, singing as herself, a widower she met while traveling, and then his dead wife, looking down from the afterlife. A sample of their conversation opens the song, where the man recounts a dream in which his dead wife assures him it’s OK to move on. It’s a sober and kind perspective on both losing love and finding it again—a different kind of distance than the kind Shura experiences in her relationship.

A long-distance love story is a fraught proposition even in the best of times. With the current political situation in both the United States and the U.K., it is a frightening time for many marginalized people, including the LGBTQIA community. “One of the things that’s difficult when you’re falling in love with someone in a place is it’s very difficult not to also fall in love with that place. And obviously that place, America at the moment, is not very friendly, to put it lightly. It was kind of strange to have all these feelings about a country that in many ways I was kind of frightened of,” she says. That fear is articulated in “flyin’,” a song that slides between befuddlement over people who use the Bible as a justification for bigotry to a sugary sweet chorus that could slot perfectly into any smooth, lovestruck ballad.

Religion is also a tangible threat to Shura because of who she loves. “It became interesting to me to try and write a positive queer love story with the backdrop of a country that is really struggling at the moment in terms of queer rights,” she clarifies. “I started writing this at the end of touring for two months with Tegan and Sara and M83, and so I saw a lot more of America than I’d ever seen before. At the end of that tour was the election. I was in America that night, and it was kind of strange to have been to all of these places and met some incredible amazing thriving queer people, and then also have this huge event happen.”

Forevher is an album filled with tension—sexual, romantic, and societal. It’s a record that grapples with the complexities of being queer in this current climate, the specter of bigotry, and of death, but never loses hope. Fear and anxiety might lurk around the edges of her songs, but when it comes to the hook, Shura makes the brave choice of keeping love center stage.