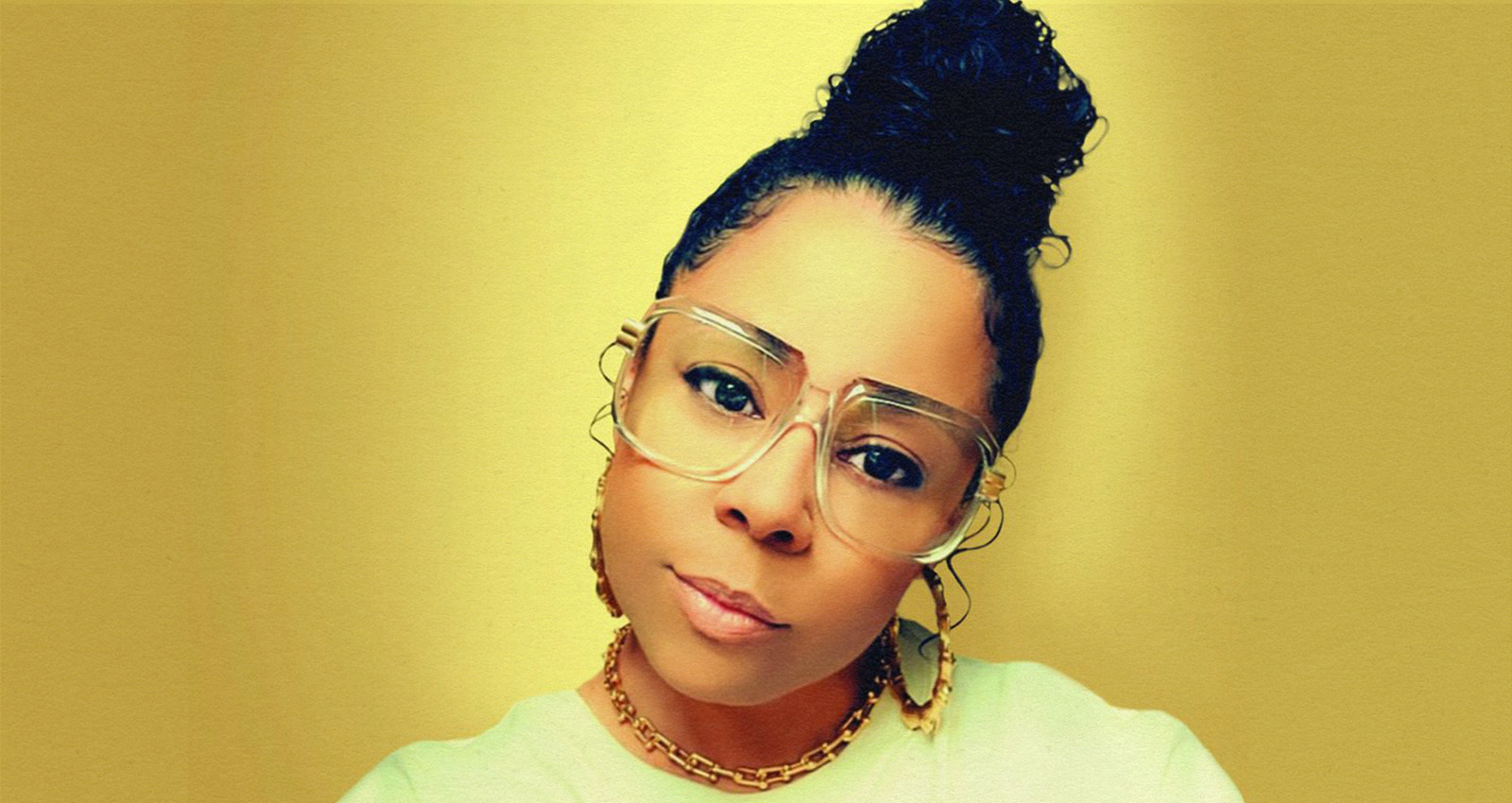 In a clip that Shortie No Mass—born Terressa Thompson—uploaded to YouTube last year, the late co-founder of A Tribe Called Quest, Malik “Phife Dawg” Taylor, can be seen sitting in the driver’s side of his car, nodding his head to De La Soul’s 1993 song “In The Woods.” With his face to the camera, Phife addresses Thompson directly: “Hey Terressa! Ms. Thompson, really? Can I hear some new shit?”

It was that playful challenge between the two friends, along with a sudden wave of appreciation from both old fans and new listeners who were gradually discovering her old tracks, that inspired Thomspon to release here goes nothing, a debut album that arrives nearly 30 years after she first appeared on some of hip-hop’s most beloved classics. Full of colorful, sample-heavy beats from Da Beatminerz, DJ Rell, J-Zone, and Thompson’s son Jay Law, here goes nothing gives the ‘90s hip-hop sound a fresh update for a new era. On songs like “Sunday In October,” “Inspiration,” and “Who’s Shortie,” Thompson flexes her skill on the mic with presence and charisma. And throughout the album, her self-assured, battle-ready bars contrast with her palpable awareness of the curious space she occupies as an artist. That dynamic plays out clearly on the title track, where Thompson sings her own praises while wrestling with self-doubt. As the soaring strings rise, Thompson comes to grips with her dilemma: “I ain’t got shit to lose/ Fuck it, here goes nothing.”

Thompson was born in Boston and moved to Philadelphia in 1985, when she was 11 years old. In the mid-’80s, Philadelphia’s hip-hop scene was flourishing; local DJs and rappers were rocking block parties and clubs around the city, dancers and graffiti crews upheld the culture in the streets, and radio shows like Lady B’s Street Beat and Mimi Brown’s Rap Digest broadcast radical new music over the city’s airwaves. “Boston and Philly are night-and-day different, you know?” Thompson says. “So coming here, it was a whole new hip-hop culture. That’s when hip-hop was really starting to be played on the radio on the weekends before it was popular music.”

Shortly after arriving in Philadelphia, Thompson befriended a group of kids who were interested in hip-hop. It was from this camaraderie that Thompson’s own artistic endeavors would blossom. “I’ve always been a tomboy,” she says. “I had a group of guys I hung out with, and they used to rap. After school, we would go to Mel “Chaos” Lewis’s house [a producer who went on to work with The Roots and Black Eyed Peas] in West Philly. They would play their breakbeats, and they would rhyme over the breakbeats. One day I just was like, ‘I’m gonna try it. I think I can do it.’ It was dope. I guess it just stuck after that, that this is what I do.”

After honing her craft by writing and making demo tapes with her crew, Thompson met Roots bassist Leonard Hubbard at a music store in the city’s Olney neighborhood. The meeting led Thompson to enter a talent show organized by her future manager Rich Nichols, who was managing The Roots at the time. Thompson won the talent show, and the partnership with Nichols opened the door for her to make memorable appearances on two beloved ‘90s rap albums: The Roots’s Organix and De la Soul’s Buhloone Mindstate.

“[De La Soul’s] Posdnous said, ‘You’re gonna be on an album,’ but he wasn’t really descriptive on what that entailed,” Thompson recalls. “So I would just hang out [in the studio]. I just was always there. I think that resulted in me being on a lot of the ad-libs on that album, because I was just there all the time. And then [Posdnous] was like, ‘I need you to write a verse for this song.'”

The rhymes Thompson wrote would end up appearing on “In The Woods,” one of Buhloone Mindstate’s standout cuts. With her high-pitched voice and abstract wordplay, Thompson was the perfect fit for the song’s bugged-out vibe. “Trugoy wrote that whole first verse, where we’re going back and forth, and he had kind of modified his voice so that he was, like, this character rhyming back and forth with himself,” Thompson says. “When we put it on the song, it was easy for me because I already knew the inflections and how he wanted that first verse to sound because he had recorded it himself. I went in and did all those parts and then the third verse was me by myself.”

After a brief time touring with De la Soul, Thompson began working on a solo album with Da Beatminerz, the renowned production crew behind Black Moon and Bootcamp Clik. Although the album was never released, two songs from the sessions gained a second life on YouTube over two decades after they were initially recorded. Originally released as a 12″ single on the label Track Team, “Like This/U Like My Style” blends dusty, melodic beats with Thompson’s commanding delivery, giving listeners a snapshot of what Shortie No Mass’s album might have sounded like, had it been released in the mid-’90s as planned. A video containing both tunes was uploaded to YouTube 12 years ago. It has since amassed nearly 10 million views.

Thompson is both surprised and grateful for the renewed attention to her work. “I guess it’s a testament to the fact that good music never dies,” she says. “It has young fans. They love it. I mean, a song you recorded in 1995, is more popular in 2021? I’m thankful for it.”