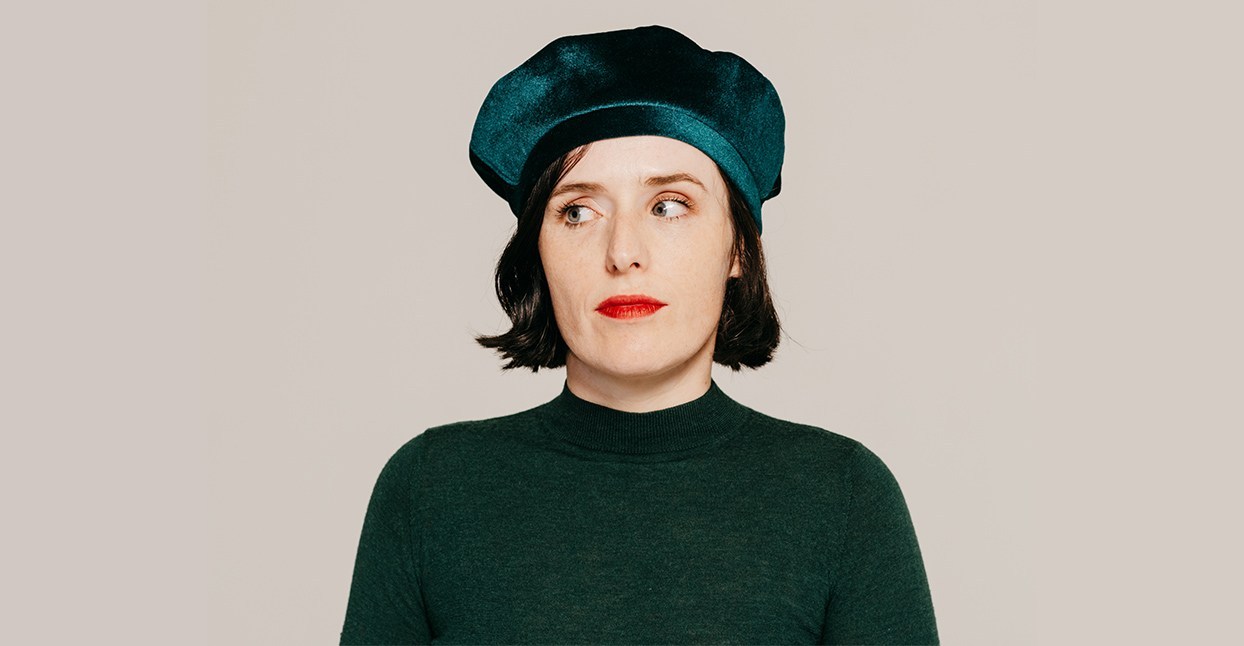 Eight tracks into Patience’s debut synth-pop LP, Dizzy Spells, singer/producer Roxanne Clifford is suddenly joined by a second voice, one that complements her airy choruses and misty-eyed melodies with cloudy French phrases. Fans of Clifford’s former band, Veronica Falls, may recognize the guest’s name if they take a look at the liner notes: Marion Herbain, who was the former Veronica Falls bassist. While the band essentially ceased to exist in 2014—when their social media accounts went silent—the two stayed in touch and are still very close friends.

“She has a great voice,” says Clifford. “I intend to persuade her to sing more songs with me, and hope she’ll join me on tour in the U.K. this June.”

There’s a reason for this. Unlike other projects that start in a home studio and get lost in translation onstage, Patience’s shows aren’t limited to a laptop and a mic stand. They’re an ever-evolving affair, involving a reel-to-reel player, live synths, and clean guitar chords, and often rounded out by guests who can help bring Clifford’s layered harmonies and head-circling hooks to life. Smoke machines, proper lighting, and a decent sound system certainly don’t hurt, either.

“Having a couple friends sing backup with me is wonderful,” says Clifford. “It adds to the energy of the show, sounds great, and I have people to dance with.”

Therein lies the contradiction with Patience. Though it’s her face and hers alone on the album cover, Clifford isn’t looking to hide out solo in a bedroom, surrounded by drum machines, keyboards, and samplers. She misses “the gang mentality of being in a band and the confidence that brings,” as well as the immediacy of being able to just pick up a guitar and play.

“I long for the magical organic excitement that comes from playing in a fully live band,” she admits. “When it comes together, it’s a feeling I can’t really get any other way. But I also don’t feel ready to recruit band members or start hauling a backline around with me just yet.”

As for how she went from writing guitar-centric goth songs with Veronica Falls (“Found Love in a Graveyard,” “Beachy Head”) to embracing the dancing-while-crying electronics of Patience, Clifford credits a simple Korg Micro Preset synth from the late ’70s. A key element in some of her favorite songs—including ones by OMD and the cult Belgian act Bernthøler—it provided the foundation for her early solo experiments, along with a Roland TR-505 drum machine. While it took her some time to create a compelling and cohesive vision with such “time-consuming and infuriating” equipment, Clifford found the creative process surrounding her new sonic palette liberating. Doubly so, given the time that passed between Veronica Falls’ last album (2013’s Waiting For Something to Happen) and Patience’s early singles (2016’s “The Church,” “The Pressure,” and 2017’s “White of an Eye”). Pursuing a new sound removed the weight of expectations from the equation. The trickiest part of putting Dizzy Spells together was technical obstacles—hangups indie rock acts don’t really have to deal with.

“It doesn’t feel hugely rewarding for me to get wrapped up in the nuances of an oscillator,” says Clifford. “Or to figure out how to program a sequencer properly; I’m too impatient. I usually have a very clear [idea] of how I want something to sound, yet getting to that point can be a different story.

She continues, “I’m learning more as I go, and it’s been important to have people help me with that side of things where possible. I’m also trying to embrace a more experimental approach to songwriting; letting happy accidents lead me somewhere new has felt freeing…. One element alone can be the tiny piece to make everything fit together in a pleasing way.”

And that’s what Dizzy Spells is: an avant-pop and Italo disco-inspired puzzle that fits together perfectly, despite being developed over several years and countless recording sessions. Clifford also worked with such welcome collaborators as U.K. garage icon Todd Edwards (see also: several Daft Punk singles), Free Love co-founder Lewis Cook, and engineer Misha Hering (Virginia Wing), although the end result is distinctly hers.

“I chose the title Dizzy Spells because it suggests these disparate events acting as a whole,” she explains, “telling the story so far and mapping the ebbs and flows. There’s something special about that in and of itself, but I wanted the listening experience to feel immersive, the way an album should.”

Patience’s next round of material is poised to further their narrative, taking her “Gemini tendencies” to new heights without having to wait for the approval of other parties—especially since she now has her own label called Winona Records. Impromptu collabs may emerge on the imprint in the near future, but a Veronica Falls reunion is off the table after the passing of drummer Patrick Doyle last year. Forming another group with Herbain and former Veronica Falls guitarist James Hoare isn’t likely either, despite the creative spark they all share.

“Patrick’s death hit us all very hard,” says Clifford. “It’s something that I am still coming to terms with. It’s impossible not to have a spiral of regrets in moments like this. But we’ve all tried to focus on the brilliant times we had together and how cherished they feel in retrospect…. Sharing the memory of someone helps to come to terms with the immense loss that you feel.”