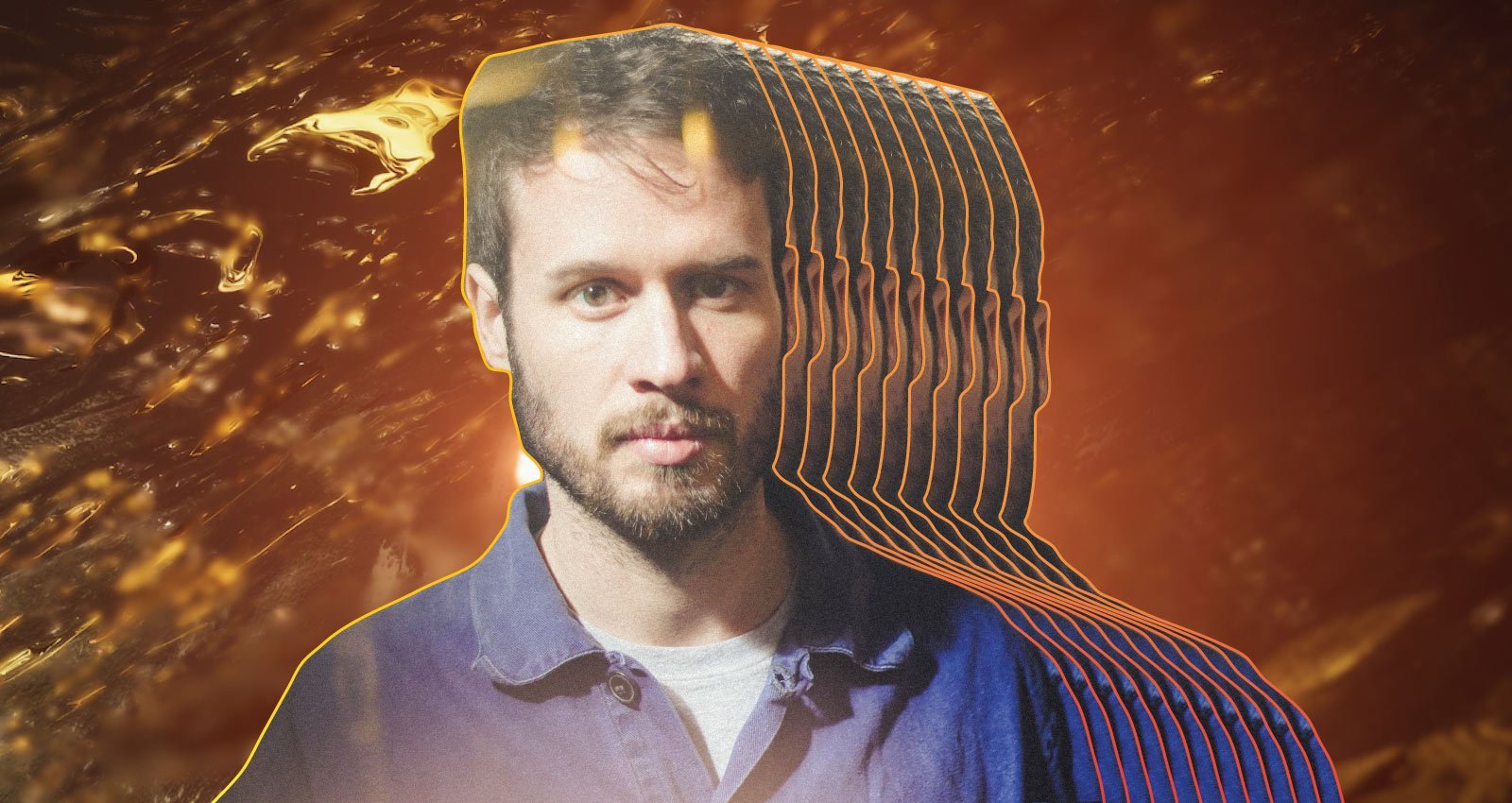 British electronic composer and programmer Rob Clouth has a fascination with the sounds of the universe and interstellar space. His first full-length album, Zero Point, is a curious blend of stuttering IDM-ish rhythms, glitchy pulses, and melancholy piano melodies. Disembodied, ghostly voices buried deep in the mix murmur what could be words, numbers, or just individual phonemes. Sounds appear for an instant, then ripple away, like glowing creatures seen briefly through the porthole of a submarine at the bottom of the ocean. But it’s not just a collection of random noises; there’s structure here. Three tracks in the album’s first half form a suite, as their titles indicate: “Emerging From,” “The Nothingness Of,” “The Vacuum State.” That final phrase is a hint as to how the record was created: Clouth uses the energy of the universe as raw sonic material.

Since the album is about randomness, chaos, and probability, Clouth was looking for the purest source of random numbers he could find. “A computer can generate random numbers, obviously—it’s used all the time—but the problem is they’re pseudo-random, which means that they eventually repeat, because a computer is a deterministic system,” he explains. Ultimately, he found his way to the Australian National University’s Quantum Random Numbers Server, which generates random numbers in real time by measuring the quantum fluctuations of the zero-point electromagnetic energy field of space’s vacuum.

Clouth says that in quantum mechanics, “you can never precisely measure the energy or the position of a particle and that means you can never have a space entirely without energy. Even if there’s no physical matter, it’s a perfect vacuum, you’ve got this very low level hiss, say—it’s not a sound, obviously, it’s fluctuating energy.” This fluctuating energy gives the QRNS the random numbers it broadcasts. Clouth took that data and turned it into musical source material. “I wrote a bunch of software that taps into these number streams which are being sampled straight from the zero point energy field, and then I channeled that into Ableton using a bunch of Max For Live devices,” he says. The random data is used to trigger sounds, including Clouth’s recordings of his friends and family reciting numbers from zero to nine. “I used it to just generate white noise as well,” he adds.

The results can be stark and unnerving. “Emerging From” begins as a quiet, slightly unpredictable rhythm, a mix of pulses, crackles and soft clicks like the sound of interstellar space itself. Gradually, though, a melody emerges; it grows into ambient techno listening experience like the inside an insects’ hive. By contrast, it’s easy to understand why “The Vacuum State” was the album’s first single. The bass drum thumps along steadily, with a clacking, glitchy beat and sharp, buzzing synths above it, like a turn-of-the-century Mille Plateaux 12-inch. Meanwhile, the rhythm on “A Shiver Sequence,” which sounds like someone rapidly opening and closing a pair of scissors, is combined with gentle underwater keyboards and disembodied EVP-like voices half-murmuring numbers; it could be a lost Photek track from the mid ’90s.

The album was created in near isolation. Though Clouth began the process at home in Barcelona, he found daily life too distracting. “I went to this super, super small town in northern Spain. I found it on AirBnB; I zoomed out to the whole of Spain and started checking the remotest places.” He relocated to what he describes as “this tiny snow-covered village with about 15 inhabitants” for a month, and finished the album there, microdosing with LSD and making music on headphones. “I was there in this big house on my own and it was just so quiet there that the main noise when I was listening to it back was the little fuzz from the headphone amplifier. I could hear everything absolutely perfectly; there was no background noise or anything,” he says.

Inspired by the quiet and calm, he spent a long time experimenting with binaural panning techniques, which make Zero Point a stunning experience on headphones. “It works on speakers if you’ve got really proper stereo separation, but it’s mostly for headphones because that’s how I wrote it,” he says. “I did go to a proper studio to mix it, because with these kind of releases there is some sort of pressure to make it at least somewhat dancefloor playable, so I did go to a studio just to focus on the low end and make sure things were punchy for a big sound system, but primarily it is a headphone listen.”

There are tracks where the music is more machine-generated than man-made. On “A Shiver Sequence,” Clouth came up with the main melody, “but a lot of the percussion, the bass and a lot of the sound effects were just random, basically. Obviously when you’ve got these random streams coming in you can control the range, so instead of it going from 0 to 9 you can say, I want it to go from 0.1 to 0.2, and then I would feed that into, for example, the pitch of a sound, or it could be the panning, or often it would decide the probability of a sound being triggered. For example, if a number comes in from the zero point energy field and it’s higher than 0.9, it will trigger a sound. And if it’s less, then it just won’t do anything. The result of that is, every time you play back the track, it’s different. Which was a little bit frustrating at times, actually. It made it really interesting as well, because you never knew exactly what it was going to come up with.”

As crucial as the random elements were to Clouth’s concept, he knew he had to maintain a level of conventional structure—he couldn’t just let the machines run wild. The result is a record that combines cold randomness with moments of heartfelt beauty. “I think there’s a fine line between aesthetic pleasure and conceptual pleasure with music,” he says, “and I think sometimes it’s easy to go too far down the conceptual route and forget that a track also needs to sound nice.”