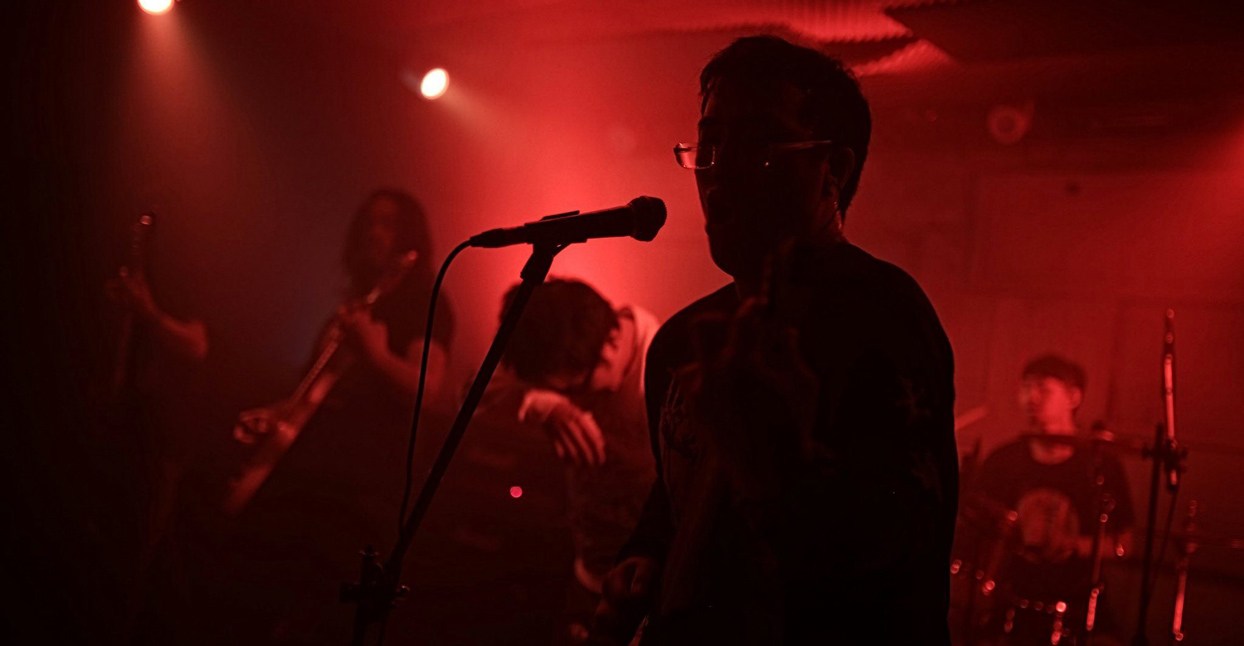 Andrew Lee—guitarist, vocalist, and founding/formerly sole member of the San Jose-based band Ripped to Shreds—discovered death metal 15 years ago. The moment he heard its morbid clamor, he started making it, too. He’s got just one bone to pick with the subgenre, at least in its current state: its lack of Asian-American representation. According to Lee, who is Chinese-American, what few Asian-Americans there are in the metal scene “don’t really talk about” their heritage. So when he started his own band, Lee decided he wanted to do things differently. “In the context of historical themes, death metal bands are almost entirely Eurocentric,” Lee says. “I thought there was a niche I could fill by focusing on Chinese history.”

After leaving the band Disincarnation in late 2017, Lee immediately began work on Ripped to Shreds’ debut album, 埋葬 (or Maizang, meaning “burial”), a concept album about Chinese funeral customs. “The idea for singing about funeral rites came about when I attended the Buddhist funeral of my grandfather,” Lee explains. “As a person who grew up in a Judeo-Christian society, the rituals and customs were entirely unfamiliar to me, so I thought I could dig further into my own heritage by exploring these themes.”

Maizang was released early the following year, and met with universal acclaim. Lee celebrated his success by forming more bands—Azath, Ghul, Skullsmasher, etc.—and working on new material for Ripped to Shreds. The fruit of that labor is 魔經 – Demon Scriptures, which, once again, draws heavily on the Chinese cultural traditions on which Lee was raised. “A lot of the material on Demon Scriptures is directly inspired by my cross-cultural experiences as a Taiwanese-American—the sort of conflicts that arise when you’re raised as a part of two distinct cultures,” he says. “The history stuff is based around me trying to explore the cultural knowledge that a Taiwanese person might be immersed in growing up.”

Case in point: “江湖郎中 (Pseudoelixir),” a whipsawing track with lyrics that both reference and interrogate an aspect of Lee’s upbringing. “Pretty much any second-gen Chinese-American is gonna have to deal with their parents believing in some aspect of traditional Chinese medicine,” he says. “‘江湖郎中’ literally refers to martial arts doctors, but now it’s kind of a sarcastic way to refer to quacks.”

Underscoring that link to the past, Lee recently played a series of shows in Taiwan, backed by Chris Yeh, drummer for the folk black metal band 暴君 (Bloody Tyrant). (“He’s a really ridiculous drummer. He can blast at 240 [beats per minute], no problem.”) The shows were not without their own complications. “We got to the venue in Kaohsiung at like 2:15 pm,” Lee says. “Soundcheck was at 3, and it was freaking scorching and humid, and we didn’t go on stage until 10 pm. But actually being on stage and playing was a blast.”

The performance was something of a full-circle moment for Lee. Though he never imagined Ripped to Shreds as a live band, he says it felt “right” that the first performances should be in Taiwan. “It was right for the aesthetics and inspiration for the themes in the band,” Lee says. “And it was right in the sense that Taiwan was one of the most receptive single places to my music when Maizang first came out. I sold more copies in America, but that’s across a very spread-out country. The people who bought the album were much more concentrated geographically in Taiwan.”

The group opened both sets with “喪家 (In Mourning),” the first song on 魔經 – Demon Scriptures. In Taipei, the crowd demanded an encore, so they closed with it, too. Given the track’s relentless energy—its doomy, threatening intro, and the way it kicks immediately into grinding death, fiery solos, and furious backbeat slaughter—it’s doubtful anyone in the Taipei audience complained.

“I feel pretty good about [the weekend],” he says. “I’m trying to figure out a route next year that’ll take us through Malaysia and Singapore, and hopefully Japan as well!” Looking ahead as always, Lee’s currently assembling a U.S. line-up, and working on Ripped to Shreds’ sophomore album, for which he’s recruited JB of Trenchrot to play the drums. Meanwhile, 魔經 – Demon Scriptures stands as one of the most impressive follow-up EPs in recent death metal history—an EP which, along with Maizang, enriches the metal world with some much needed fresh blood.