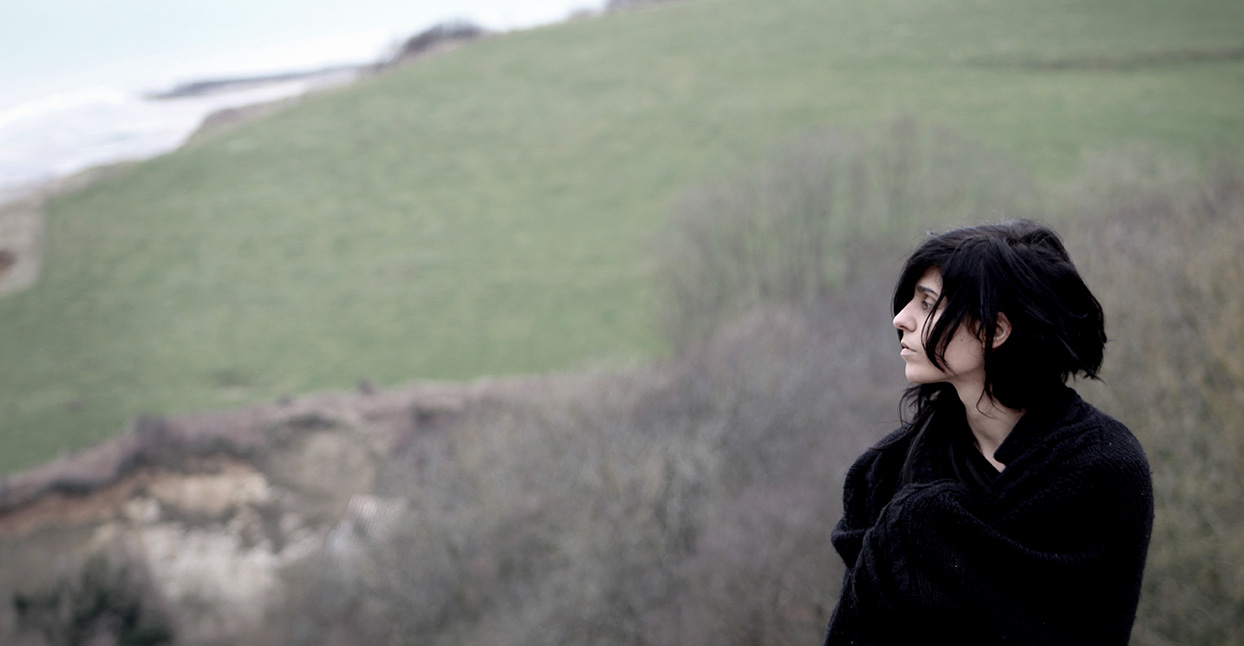 “I’ve always experimented with my voice, across genres, from jazz to electronic music, without any restriction other than my own appreciation for the music that is being played.”

Laure Le Prunenec may be best known for her vocal work with avant-garde metal groups Öxxö Xööx and Igorrr, but she’s less a die-hard metalhead than she is an assimilative and synthetic musician. On her debut album as Rïcïnn, Lïan, she channels both doom and classical composition into majestic, layered work as elegant and sturdy as a gothic cathedral. “Simplicity and the search for authenticity is mostly what I strive for in my music and by extension, in my life,” she says of her core philosophy, and it carries through: though there’s much subtlety to her music, there’s also a sense of emotional clarity.

Le Prunenec’s range and delivery recall Lisa Gerrard (of Dead Can Dance). Her experimentation with vocalizing wordlessly and with imaginary languages (Öxxö Xööx is a representation of the number 69 in binary code, where 0110 = 6 and 1001 = 9; the band has invented an entire lexicon which appears on their Bandcamp page) also call to mind Elizabeth Fraser of Cocteau Twins. But lest one think that she’s overly indebted to any one influence, she lays that idea to rest quickly: “I’ve always experimented with my voice, across genres, from jazz to electronic music, without any restriction other than my own appreciation for the music that is being played.”

She saw heavy music like Sepultura and System Of A Down as “a wonderful way to let off steam” in her younger years, though her current tastes in metal run toward atmospheric doom, like Finland’s Dolorian, which she says “sounds a lot more open,” not as limited by generic conventions. She also loves “a lot of composers, like Henry Purcell and Claude Debussy,” and Gregorian and ancient music. When it comes to trying to bring all of these elements together in her own work, she finds it helpful to listen and create without trying to sound like someone else, without over-analyzing each and every component of the music she loves. “I try my best to dive into myself,” she observes, “and reach for my own closest conception of the sound I’m striving for.”

This internally-focused approach could explain why the songs on Lïan have such emotional heft. Le Prunenec says she also draws on the sea, which has always been an environmental presence in her life, for much of her musical patterning. She also reports she calls on femininity for the power in her music, which might seem counterintuitive to those who still see metal as a boys’ club despite the active participation of many, many women but makes all the sense in the world if you’ve rejected this antiquated mode of thinking. There is definitely a salt-skinned gravity to Lïan, a heaviness like the force exerted by the moon on the oceans, in its reverberating strings, pulsing guitar, pounding drums and in the thickness of Le Prunenec’s voice.

Might she bring her music across the Atlantic stateside this year? “Sadly, it’s all in my head right now due to a lack of time. But at some point, definitely, yes. In the U.S. would be lovely, anywhere I could to be honest.” She laughs, refusing to be earth-bound: “On Venus at some point, who knows?”