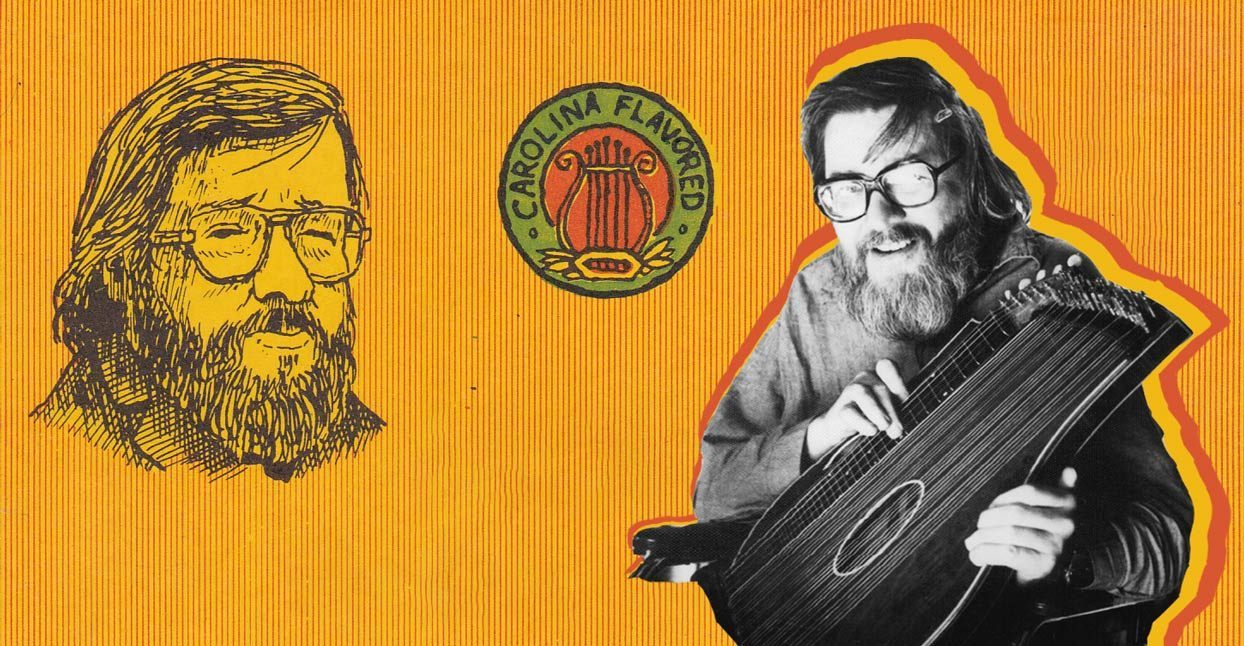 Neighborhoods, the lone private press LP from Portland, Oregon musician Ernest Hood is a curious piece of work. For one thing the album, which was released in 1975, is an almost ambient blend of synths, zither, and field recordings, but Hood himself grew up a jazz fan who played guitar. During the early ‘60s, he worked as an arranger for the Portland Pops, which eventually became the Oregon Symphony. As Hood stated in the album’s original liner notes, Neighborhoods was designed to “bring back something warm and joyful to your hearts,” and was created as a tribute to those who “played such an important role in the formation of comfortable memories.” That tenderness and sense of nostalgia gives Neighborhoods a warm, inviting atmosphere.

“Overcoming adversity,” Ernest’s son Tom lovingly explains, “is really the heart of Ernie’s story.” During the early ‘70s, Hood would go on “special road trips” around Oregon, visiting different covered bridges or country stores, recording ambient sounds and sketching the locale (the cover of Neighborhoods is one of Ernest’s own drawings). He would then return home to create a “travel tape” that was intended for the disabled and housebound. “He was always working on this. He wanted to take people who were unable to go someplace and take them for a ride.”

There was a reason Ernest focused on this audience—in his late 20s, Ernest contracted polio, and was forced to spend a year in an iron lung, and was forced to used crutches or a wheelchair thereafter. Hood would be unable to play guitar after his battle with polio, but this didn’t stop him from devoting much of his life to music. Ernest’s “travel tapes” weren’t that far off conceptually from Neighborhoods—both were designed to create an immersive sound world, based on real places. There were other precedents in Ernest’s work for the bucolic sound of Neighborhoods: In the mid-to-late ‘60s, he’d begun making music solely built around zithers—an instrument he focued on after he lost his ability to play guitar. “It was a simpler sound, but it’s timeless” Tom says. “I would say Ernie was an early purveyor of new age.” He also brought a spirit of experimentalism to his stint with the Oregon Symphony. “He had a reel-to-reel tape with crickets and birds and frogs that was played live alongside the musicians,” Tom says. At the same time, Ernest was also working with the Southern Oregon Historical Society, recording conversations he had with those who were descendents of pioneers to the area. Some of those recordings turn up on Neighborhoods.

The original pressings of Neighborhoods were essentially given away for free—“It was purely a labor of love,” Tom says. Even within Portland, its reputation was modest. “It was not something people wanted or knew about,” explains Jed Bindeman, co-founder of the Freedom to Spend label, who reissued Neighborhoods.  Bindeman learned about the album 12 years ago, and had seen it in record shops around the Portland area many times. Eventually, he picked up a copy at a Goodwill in Milwaukie, a city 10 minutes south of Portland. And though he ended up selling this copy without listening to it, curiosity led him to buy it again just a few months later, and he and Freedom to Spend co-founder Pete Swanson fell in love with what they heard. When it came time to locate the original tapes, Bindeman, Swanson, and Tom Hood had traveled to a vineyard in Newberg owned by Ernest’s daughter Laurel. Inside a farmhouse were boxes upon boxes of tapes. “It took eight or nine hours of digging, and it was the last box that had the tapes,” says Bindeman. (Also among those boxes: a cassette duplication machine that apparently belonged to Rajneesh, the spiritual leader at the center of Netflix’s Wild Wild Country.)

When he was in his 60s, Ernest developed post-polio syndrome, which had a large impact on his quality of life. He eventually became a face of the right-to-die movement, and died in 1991. While Neighborhoods is his defining work, he also contributed to Portland’s music scene in other ways, starting a community radio station called KBOO in 1968. Tom spent the last 12 years as the chief engineer at the station; now retired, he devotes his time to salvaging the rest of his father’s tapes.

Much of Ernest’s life was spent overcoming the limitations of his disability, and spreading love and compassion to those around him through music and art. Listening to Neighborhoods, you can almost feel his spirit in its lush tapestry of synths, zithers, and field recordings. Neighborhoods was designed to show gratitude toward those who shaped Ernest’s life; his thoughtfulness resounds in the album’s intricate, patient soundworlds.