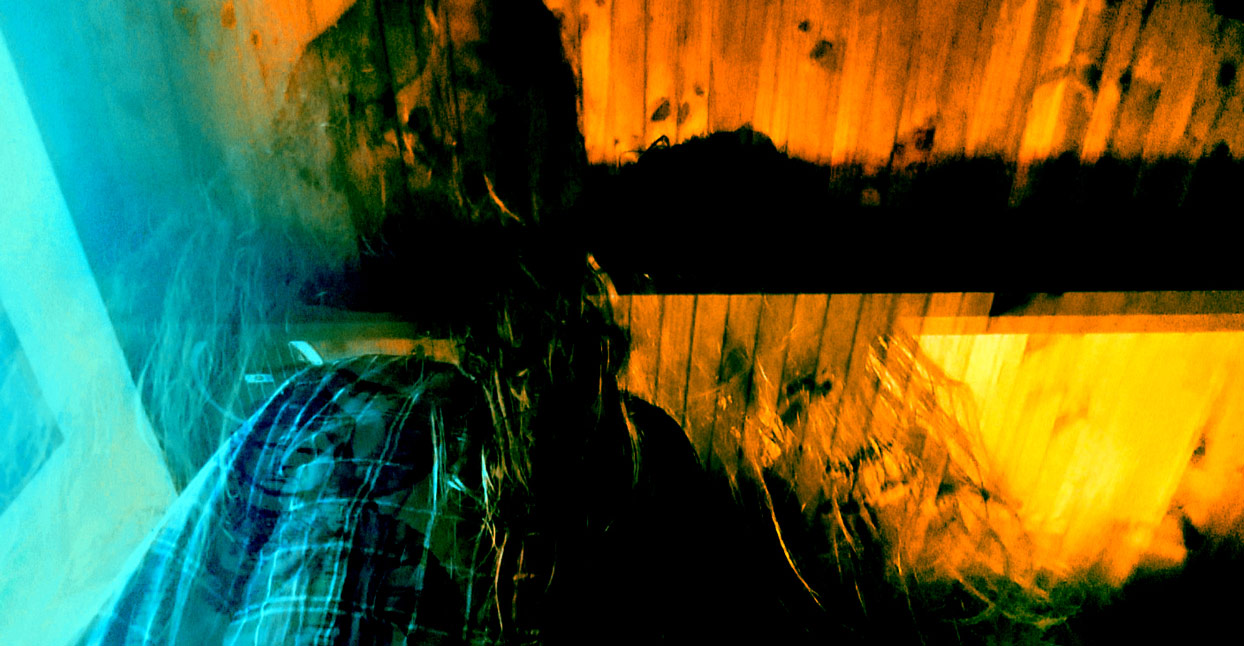 For over two decades, Australia’s Bob Nekrasov has operated on the fringes of metal. A self-confessed “hermit” with a reputation for misanthropy and an outspoken cynicism toward marketing, labels, and promotion, he is perhaps best known for being the reclusive eccentric behind the atmospheric black metal act Nekrasov. Since 2012, though, he’s also been busy releasing material under the name Rebel Wizard. While still rooted in black metal, the Rebel Wizard project incorporates elements of thrash, power metal, and NWOBHM. With dirty riffs, snarling, low-mixed vocals and extravagant solos aplenty, the result is a bit like Emperor covering Iron Maiden in a moldy blender. It’s a style that Nekrasov has proudly christened “negative metal,” which he describes as an “anarchic alchemical process of outsider energies respecting the power of traditional triumphant metal into a unique sound to smash out the coerced gloom and banality of our times.”

As last year’s Triumph Of Gloom LP gets its reissue on Prosthetic Records, we caught up with Nekrasov to discover why he isn’t going to retire, reduce his prolificacy or recruit a big-name producer any time soon.

In 2016 you told the Stranger Aeons blog, “I don’t bother with marketing or labels as I feel it’s not what ‘the people’ want.” Now Triumph Of Gloom is being reissued via Prosthetic. So what changed?

Oh, I don’t even remember saying that. You’ll have to forgive my murky clarity when it comes to interviews. I think the intense focus in “underground” marketing these days does affect the quality of the actual music. I’ve read interviews with bands who have said, without irony, that their band started as a photo shoot first, prior to making any music.

Nothing has changed for me in that regard, I still don’t bother about it. I am probably a little more active in helping to spread the word on the Prosthetic re-release though, as I am very honored by it. The fact that they put a lot of work into it and actually come from a place of real passion says a lot about these folk and they don’t hassle me to ‘sex up’ the Rebel Wizard image, much to my disappointment.

You’ve said that some people complain about Rebel Wizard’s “shitty production.” If somebody paid for it, how keen would you be to record with, say, Bob Rock in California to really clean up that Rebel Wizard sound?

I would rather shove a watermelon into the eye of my penis. It really hasn’t been that many [who have complained], and those who do are generally fans of overproduced metal, and that’s totally understandable. Rebel Wizard wasn’t meant to be something that others were doing, so I expected criticism from day one. I actually didn’t think anyone would like it at all.

The funny thing is, I grew up in the ‘80s and mostly still listen to older stuff so, for me, the production is as slick as it gets. Production is energy. Sorry to sound hippy here, but what we have done with production is sad. Everything sounds so McDonald’s and over the top. My favorite recordings are the early Discharge 7”s: so much fucking passion without wasting weeks twiddling knobs to sound ‘perfect.’  Having all that energy around the music is part of the experience, not knobbing it out with an effect. How dare heavy metal bands compress mysticism out of their music!

You’re very prolific. Do you ever suffer from writer’s block? Do you have any handy tips for overcoming it?

I would if I tried to force it, but generally I don’t. I have carved this way of creating music over 25 years though, doing both projects [Nekrasov and Rebel Wizard]. Together they give me the freedom to explore various realms unrestrictedly. If I were to do Rebel Wizard as a goal, to be a famous thing with Bob Rock production or what have you, I would severely suffer from writer’s block. I started out doing Rebel Wizard because I wanted to. It resonated with me, right down to the ‘shitty production.’

I don’t think you can overcome writer’s block. Nor should you. If you have a block, then you have a block, but soon enough it will go. Take a break. Don’t force anything. The fact that you feel, think, and see without trying is enough to know that you don’t need to do shit to let it happen. Let it fucking happen. Everything is spontaneous and unplanned. If it does not happen, then you need to be doing something else.

Regarding previous Rebel Wizard interviews, how sick are you of answering the question, ‘What does ‘negative metal’ mean?’ Do you ever regret coming up with the term?

It’s actually ‘negative wizard metal’ or ‘the new wave of negative wizard metal.’ I spent months weeping over the misuse of this. Oh, the humanity! However, ‘negative metal’ is fine, too. I had a lot of interviews around the time of the last EP (Invocation Of The Miserable Ones), and everyone asked me that. It’s fine. Interviewers have to ask questions. I am a fairly unimportant figure without much background to work with so that kind of thing will come up. Regret it? It’s part of the Rebel Wizard philosophy. But it’s not ‘negative’ in the sense people think it is. I actually liked being asked about it more and more, as it helped me focus a little more on answering better, which I am still not good at. But I did get a little better. I only regret doing interviews.

It sounds as though you’ve almost quit being a musician several times in the past. Have you finally quit trying to quit?

Yes, I have given in. The reasons are very personal though. I just have to admit that doing this is what I do. It’s a life support system. I hate to sound cheesy here, but it’s what I have always done and giving up led to horrible realms. Music is a way of channelling and working with so many of the complex expressions of being, for me at least.

Finally, Bob, what is the meaning of life?

Life has no meaning. Life is just life. Try putting your head in a bucket of water and see how long you last. You are not you.