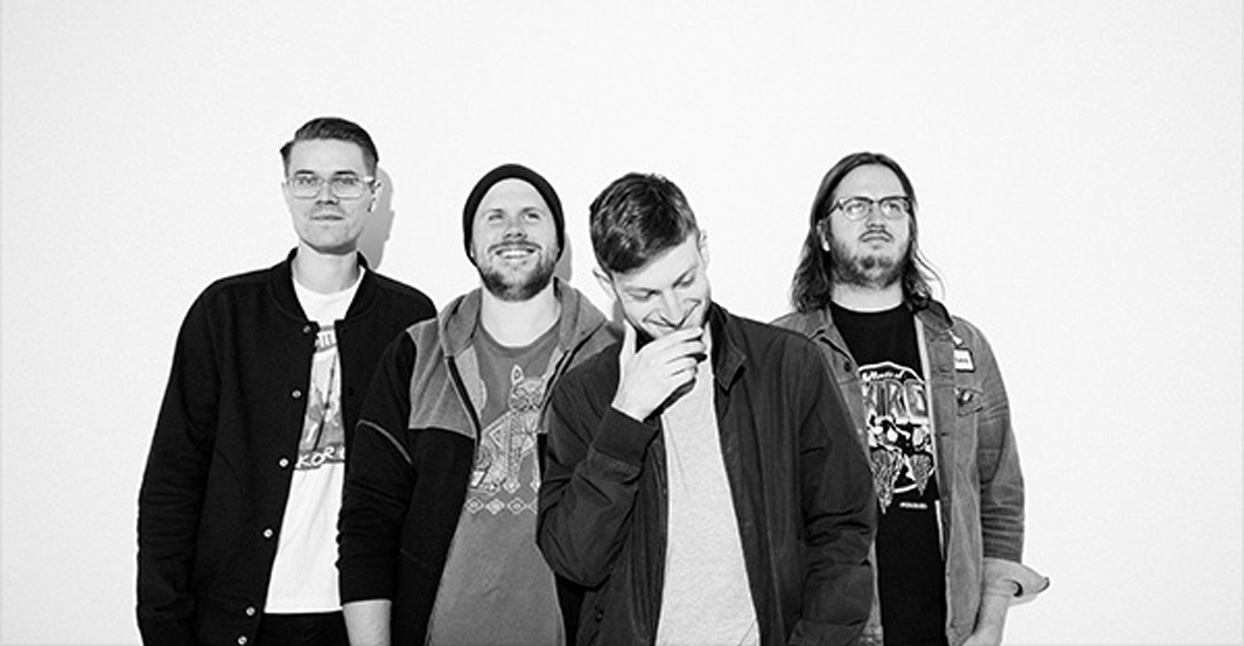 There’s often talk about difficult second albums, but in PUP’s case, the cliché turned out to be true. The Canadian four-piece—vocalist/guitarist Stefan Babcock, guitarist Steve Sladkowski, bassist Nestor Chumak and drummer Zach Mykula—released its debut self-titled album in 2014 and then, propelled by the record’s success, toured it tirelessly for two years. In those 24 months the band played some 450 gigs, seizing upon the short period of time they were back home in Toronto to record its follow-up.

At the end of 2015, however, the band was forced to cancel its final shows after Babcock suffered a hemorrhaging cyst on his vocal chords. It was so bad that a doctor told him “the dream is over.” The band didn’t agree, and in an act of punk rock defiance, turned that phrase into the title of PUP’s second record. A true tale of triumph over adversity, it’s a record made from the cuts, bruises and scars of their adventures, but one that’s all the stronger for it.

Were you worried, when you had to cancel those last shows at the end of the year, that you’d lose momentum and that the title would become some sort of self-fulfilling prophecy?

Sladkowski: No, I don’t think so. People were understanding. Ultimately—and maybe that’s part of the fan base being rabid and really into it—they want us to be healthy so we can keep doing what we’re doing.

Mykula: The other side of it is that you make your own momentum. If you’re reliant on everybody else all the time, you’re not going to get very far. So we were beholden to our own momentum, but we also have to show people that we’re interested so they’ll be interested.

With that in mind, what does this album mean to you, both individually and as a group?

Sladkowski: A big part of it for me was trusting instincts—not trying to overthink too much and seeing how that philosophy would come together in writing the music and performing. I think, for us, this is a record that we made when there was a lot going on, and our lives were kind of crazy. We were writing the record over whatever time we had, and learning how to work and find our process that way.

Chumak: I feel we were more focused on getting it done, because there was a deadline so we could get back on the road. When we made the first one, we made it in Montreal where we all slept in a one-bedroom apartment and were eating shitty spaghetti every night. Making this in our home city, it was a totally different vibe.

Mykula: It seems like that inadvertently offset the obvious pressure of the second album. And I will always maintain that there will be no more pressure from the outside than we can apply to ourselves. No one can say meaner things about us than we can! So a big thing was learning to squeeze every ounce of potential out of the songs in the shortest amount of time, and also trying not to lose perspective—that no matter how hard we are on ourselves, or how hard we work, so many great things have happened and can happen if we maintain our work ethic.

Babcock: I was kind of relieved, because as soon as we finished the first record, pretty much everyone said to us, ‘You know, the second record’s really hard.’ Everyone was telling us it was going to be tough, and they would ask us if we knew how to write a record in a short amount of time. And of course the answer was ‘No.’ So I was just really pleased that we got through the experience and were all happy with it.

Mykula: We learned that you always have to be working so you’re prepared when inspiration strikes.

Your inspiration came out of dark days, to use the title of one of your songs. Presumably, though, it would have been different had you not pushed yourselves so hard these past couple of years. If you hadn’t done that—and suffered the consequences—this record wouldn’t exist.

Mykula: Yeah. The themes on the record were catalyzed by exactly what you’re referring to.

Babcock: I’ve always had in my mind that if I got to do the thing that I really wanted to do—which is tour in a band—then I’d be much happier. I think what I realized was that I’m super happy with what I get to do, and with what the four of us have accomplished, but that doesn’t really change the kind of person that you are. It doesn’t change your base on happiness. So if you’re an unhappy person, even if you do something that you love, it’s more of an escape than it is a life-changer. I think the second record would have been frustrated and angsty and disillusioned regardless of whether we’d done 450 shows or 10. It’s just that the backdrop of the subject matter would have been different. I would have been frustrated that we didn’t do 450 shows.

What really struck me is that it’s a much more self-reflective record than the first one. Did you really have to look at yourselves, and what you were doing, and who you were?

Sladkowski: I mean, yeah. There were moments writing the record where we had to take a break because we were all so frustrated. We would spend two hours sitting outside talking, just because sometimes that was just as important as working on the music. But that’s part of the process, I think—you do have to think about this whole thing.

Babcock:  It’s all-encompassing. And I think self-reflection is a lot easier when you have some self-awareness, which we didn’t really have on the first record, because we didn’t really know if people were going to dig it. Now that we’ve been on tour and we’ve seen what works and what doesn’t, we have much more self-awareness. So self-reflection just comes naturally.

Which is evident by naming the record The Dream Is Over—because in doing so, you’re actually saying the very opposite, that you weren’t going to let Stefan’s doctor or vocal chords be the death of the band.

Sladkowski: We like to have a little bit of humor, too. So as much as it was a very serious and unsettling situation, we wanted to take it lightly and turn it on its head.

Mykula: I think every joke has a measure of truth, and every personal truth has a measure of humor, and I think that’s what it reflects. As much as we experienced that and felt that way in earnest, there has to be a certain irony taken with it.

Sladkowski: We’re not the type of people to hide it. And I don’t think it’s healthy to hide it. And you have to be willing to face it. As Stefan said earlier, doing something that you love doesn’t necessarily mean it’s going to be amazing every day.

So what you’re saying is that the dream is the dream, but at the same time, it’s also factoring in the reality of the dream, which is very different.

Babcock: Right. It’s this idea that when you’re young, you think you can do anything. You can be whatever you want to be—a marine biologist, an astronaut, whatever. But the reality is that not everyone can do that. For us, the dream was to play in a touring band, and we accomplished that. But also, touring the way that we tour, you also realize that it’s maybe not exactly how you expected it to be. So in a way it’s accepting reality. For some people, ‘the dream is over’ means giving up on your desire to be a painter and going to work at an office. For us, ‘the dream is over’ is, ‘Oh, this is what it’s like to tour in a mid-level punk band.’ It’s the reality of that dream—we sleep in Walmart parking lots and we do these really tough tours. And in that way it’s like, ‘I guess the dream is over’—but it’s still the best thing in the world.