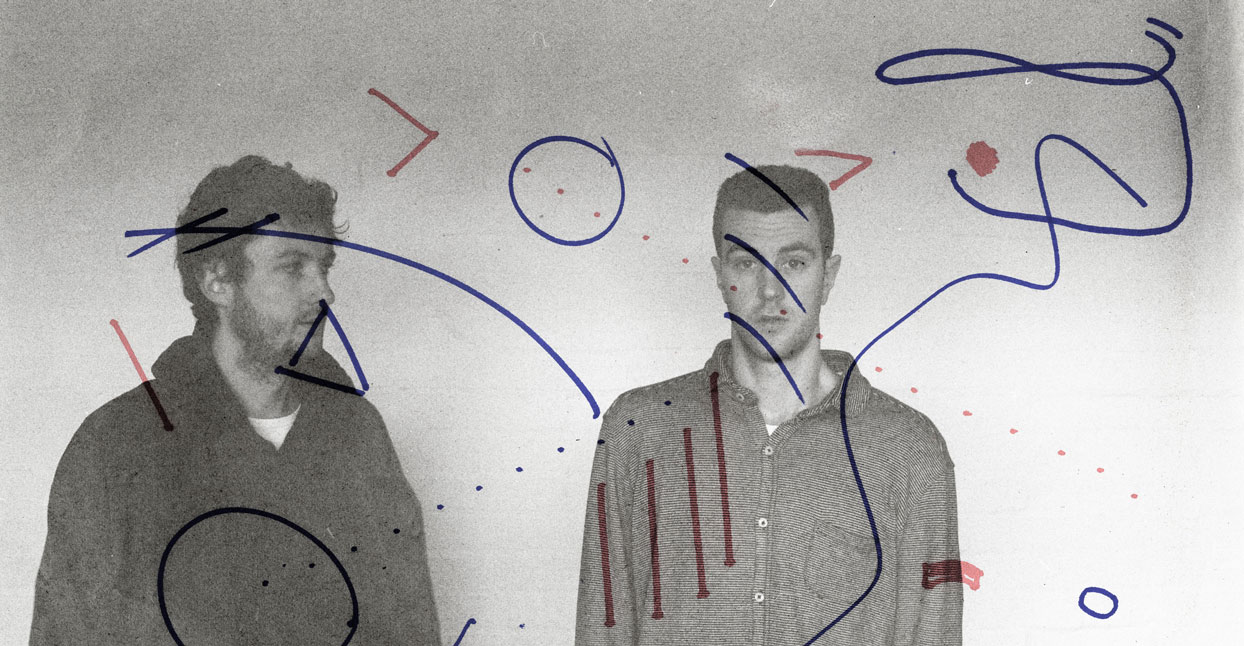 Ever since they formed in 2005, the London-based Portico Quartet have been difficult to define. They were labeled a jazz band following their 2008 Mercury Prize nomination for debut album, Knee Deep in the North Sea. But while their music has elements of jazz, it also pulls in electronica, folk, and ambient, fusing a wide mix of sounds that pay homage to various genres.

After the temporary departure of of hang drum and keyboard player Keir Vine in 2014, the band signed to Ninja Tune, dropped the “Quartet” from their name and reinvented themselves as an electro-pop trio. Their subsequent album, Living Fields, featured guest vocals from Alt-J’s Joe Newman, and replaced their customarily intricate sound with synth melodies and fluid dance beats.

Fast-forward to 2017, and the Quartet have reformed for their fourth album, Art in the Age of Automation. With Vine back in the fold, so too is the dreamy, hypnotic sound of the hang, the percussive instrument so central to Portico Quartet’s identity. We caught up with saxophonist Jack Wylie after a captivating performance at U.K.’s Womad Festival to talk about the album, their return as a quartet, and how automation doesn’t have to mean the end of art.

This is your first album since you reformed as a quartet. How did the time apart affect the band and your music?

As a band, I think sometimes you need some time apart; you need to step back from a project to see it a bit more objectively. We’d been playing together since 2008, and we put our last record out in 2013 [Live/Remix, on Real World Records]. After so long, you kind of lose a sense of what it is you’re doing, but coming back to it, you get a better perspective. You can also take all the stuff that you’ve learned in the meantime and put it into the new record. For example, the last record we did [Living Fields, as trio Portico] was really produced, really electronic. I learned a lot about production, which has been really helpful to go into a bit more depth in sound on this record.

Our previous records as Portico Quartet were more about being in a room playing with each other, and part of this record was like that, too. But a lot of the detail on this one was made on a computer, taking sounds that we played live, using our instruments and running them through chains of effects to change the sound. There’s a lot of shape-shifting of acoustic instruments, and we were really focusing in on little details here. There are a lot of layers and little bits going on compared to our other records: a lot of synthesizers, a lot of drum machines, just that blend of electronic and acoustic sounds which give the album its identity.

How did the name Art in the Age of Automation come about, and what did you want to convey with it?

When we were making the album, we started talking about automation a lot, about how the world was going to become more automated and how artificially intelligent systems and machines will start to change the way the system and the economy works. So we were thinking about our record and how a lot of it is about merging acoustic instruments with electronic techniques, so I suppose the album in a way is trying to find a solution to those two different things- the automation and the human side. It’s not like we had this huge concept for the record; we didn’t make the album to suit a particular idea, but the name seemed to fit quite well. It’s also quite bold and thought provoking, and it sits comfortably with the music.

And the artwork is made to fit this theme?

Yes, Duncan [Bellamy, the band’s drummer] makes the artwork. What he did was scan a video while it was playing on an iPad, so you get all those weird patterns. And in some of the videos that we made, he’s taken loads of different scans. Again, that was about taking an automated process and giving it a bit of life, giving some human artistic value to an otherwise automated process. Which is what the music tries to do as well.

Does this merging of acoustic and electronic, human and automated, make it difficult to perform the music from this album in a live setting?

It’s funny, the actual tunes are not particularly difficult to play, but what is hard is working out how to play them, and getting all the sounds to work in a live setting. We’ve tried to reproduce everything we’ve made in the studio by effecting and manipulating the instruments onstage, so for example, I run my sax though a lot of effects pedals to get the same effect as I would get in the studio with a few plugins. Trying to find an approximation to create that sound live takes a lot of time.

For this record you signed to Gondwana Records, how has that been different?

Matt [Halsall], who runs Gondwana, has been a fan of the band for quite a while, and he said if we wanted to do an album he would support it, and that we could basically do what we wanted on it, which is what you want from a record label. It’s nice to have some advice, but you also want to be left to your own devices too, so it was a really nice fit. I think Gondwana are really beginning to position themselves in a good space, they’ve really cottoned on to something.

There are a lot of people who growing up were listening to techno and electronic music but now just want to go to a concert, and maybe they want to listen to jazz or classical music. But both jazz and classical come with a lot of baggage and not everyone wants to invest their time and delve into all that history, which is fair enough. Bands like GoGo Penguin, BadBadNotGood, even The Comet is Coming all cater to that demographic, in the sense that they take inspiration from the music around them. We probably fit into this whole thing as well, to a certain extent, in the sense that we don’t draw our inspiration from jazz music as much as we draw our inspiration from techno, electronic music, and rock.

You were nominated for the Mercury Prize in 2008, how did that change things for you?

One thing the Mercury Prize does, especially with the jazz nominations, is it gives artists a lot more exposure than they would get otherwise. We’ve never thought of ourselves as jazz band, but I guess because we have a saxophone and bass that’s the way our music is seen, and since we extend into that bracket, some parts of the jazz community were quite critical at the time.

But you know, if people want to call it jazz, I’m not going to fight with it, but I don’t want to call my music jazz, it is just what it is. I think there is quite a strong case for putting boundaries around the term, otherwise it gets so diluted and becomes meaningless. It’s such a rich tradition, and I can understand why people get so protective about it. I don’t think our music is jazz either, so in a way I agree with [the critics].

How would you say that living in London has shaped the musical development of you as musicians and of the band?

It definitely has in some ways. London has so much going on, the fact that there are always exhibitions and concerts, that definitely has an effect. But we’ve never really felt part of the scene, we’ve always been quite outside of it. When we made our first three records, I didn’t really play with any other musicians, none of us did, and we didn’t really know any other musicians. These days, we are a bit more involved with other projects, a bit more connected to other bands and musicians. But in general, it’s getting harder and harder in London. It’s getting more expensive to live, and venues are under a lot of pressure—it is a shame. A lot of people I know have moved to like Manchester and Berlin. But still, London is a great city.

Where is Portico Quartet going from here?

We’ve got an EP coming out, which we will probably release early next year. We might make a new record in spring next year, and there was talk of making an ambient record. We’ll see, every record we’ve done we’ve always left it quite open, as to what direction we’re going to go, and we’ve always kind of changed, and sometimes you need a bit of space and distance from your last record to know what direction it’s going to be.