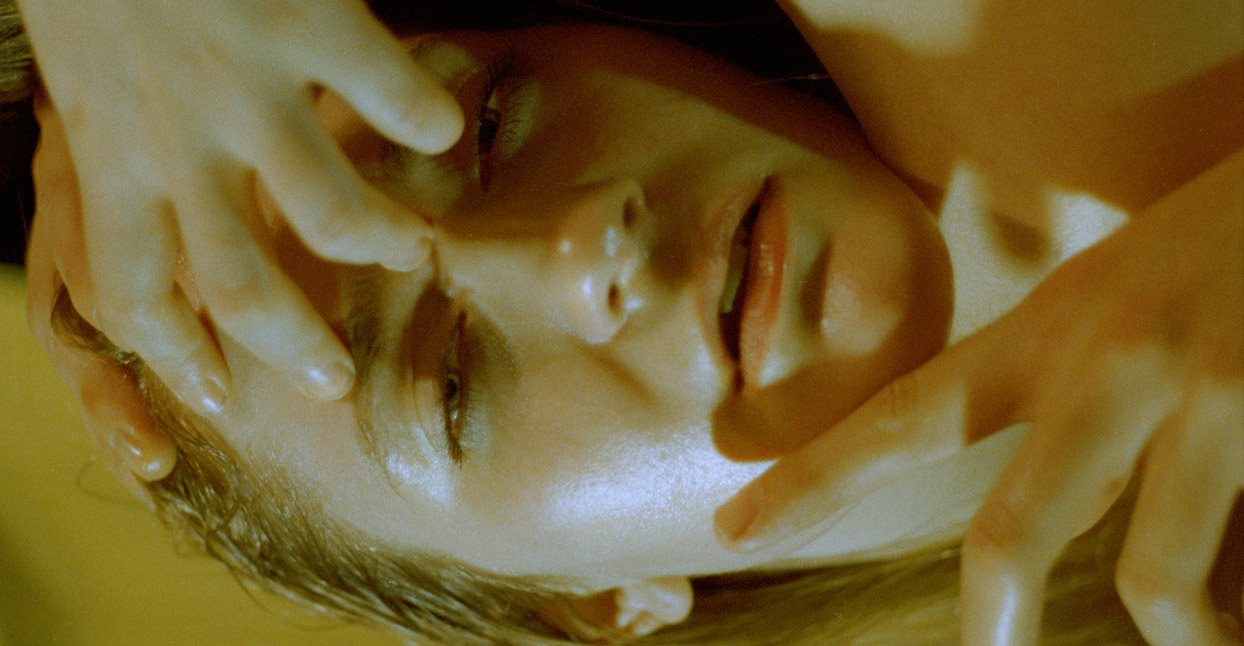 The Greek word ‘pharmakon,’ riddled with bizarre contradiction, refers to both a poison and a medicine. In ancient times, the related term ‘pharmakos’ was used to refer to a criminal, slave or deformed person who would be cast off from society as a scapegoat during times of famine or violence (and were often bombarded with stones as they ran from the city). Yet these same people were often considered ‘medicine men;’ in other words, the people that the city found most repulsive were also their saviors.

A similarly perplexing duality runs through Contact , Margaret Chardiet’s latest album as Pharmakon. Contact exists in two places at once: its arrangements, comprised largely of a harsh clatter of distorted percussion, piercing, nail-on-chalkboard synthesizers, and Chardiet’s scalding howl, evoke a cruel and meaningless world. Yet the album’s creation, as Chardiet explained on yet another day of weird weather in New York City, is rooted far more in wary hopefulness than nihilism or despair. Through these six compositions, she doesn’t so much conjure the apocalypse than to inspire the listener to find power within.

Listen to Contact in full exclusively at Bandcamp Daily:

Chardiet has been releasing music under the Pharmakon moniker since she was 17, a full decade ago, and these new compositions stay true to her project’s abrasive roots. The noises that she generates with contact microphones and synthesizers bring to mind the roar of dystopian factories and military machinery in fine death industrial tradition, unceasing and vicious cacophonies that detonate like grenades. Her albums each tend to follow a particular concept; 2014’s Bestial Burden, for instance, was born from a “desire to show the body as a lump of flesh and cells that mutate and fail you and betray you—this very banal, unimportant, grotesque aspect of ourselves,” as she told Pitchfork at the time. With Contact, she was less interested in re-inventing her sound than re-approaching the creative process as an exercise in meditation and self-discovery.

Press materials accompanying the album emphasize the relevance of “trance” to Contact’s creation; Chardiet is quick to illuminate that point, noting that she explored trance states in the process of writing and recording the album. “The point of trance is to bring your conscience outside of your body in order to hit the sublime… a clarity about stepping outside your experiences as a human and looking at humanity in an objective way,” she explains. “[It’s] a very practical, secular type of trance.” The album’s structure is dictated, in part, by the four stages of a trance experience: she identifies them as ‘preparation,’ ‘onset,’ ‘climax,’ and ‘resolution .’ “The biorhythm of trance was…sort of a means to an end,” she says, “a jumping off point as one way to get to that sort of state of mind.”

Sonically speaking, Contact is somewhat less aggressive than her previous work. While the claustrophobic Bestial Burden was “mixed to feel on top of your body, right in front of your face,” Contact , by comparison, is a little more distant. “I needed to make sounds [that people could enter into],” she explained. “There was a lot of [discussion] about the music being spatially further away, in the sense that it enveloped you as opposed to being right on top of you.” This attention to the mixing and recording process is evident throughout; “Sentient” offers something of a lull with its muted howls and buzzes, Chardiet’s screams in “Transmission” are panned to cinematic effect, and “Somatic” delivers a huge dynamic leap with a no small amount of shock value. “I don’t care about gear, at all,” Chardiet said with a laugh. “I care about sounds.”

It’s not that Chardiet is trying to make her music more accessible, per se, but that she’s trying to initiate a dialogue with her listeners. “I want to be having these conversations. I want to be always asking questions,” she says. “We can transcend the body. Why does that happen? Why is that important?” Throughout Contact , Chardiet provides, if not necessarily the answers, at least commentary and observations on the subject. On the opening track “Nakedness of Need,” she launches harsh analysis of the human condition: “Desperate for the sense of vantage/ over all versions of its own reflection” she screams, her throat seemingly shredded; by the album’s conclusion, she declares, “The chance nature of existence/ ours is of no special significance.”

Yet Chardiet isn’t hopeless—far from it. “A lot of people hear something that sounds loud, or, my least favorite word, ‘extreme,’ [in the music],” she explained, a hint of frustration in her tone. “I don’t want to just give up… I want to rebel against the things that are destroying us as a species.” Although Contact was written before the presidential election, it’s hard not to approach it through the lens of the political landscape. As we are left figuring out how to move forward, speculating how “people fall into these power structures,” as Chardiet puts it, her method of self-reflection and contemplation provide a blueprint for breaking down the barriers that rise before us, political or otherwise. They argue that change comes from within. On Contact , Chardiet is inviting us to join the conversation and embrace the existential void. On “No Natural Order,” she sums up the sentiment in one deft move—“No divine law, escape!”—and it feels far more like an encouragement than the sound of defeat.