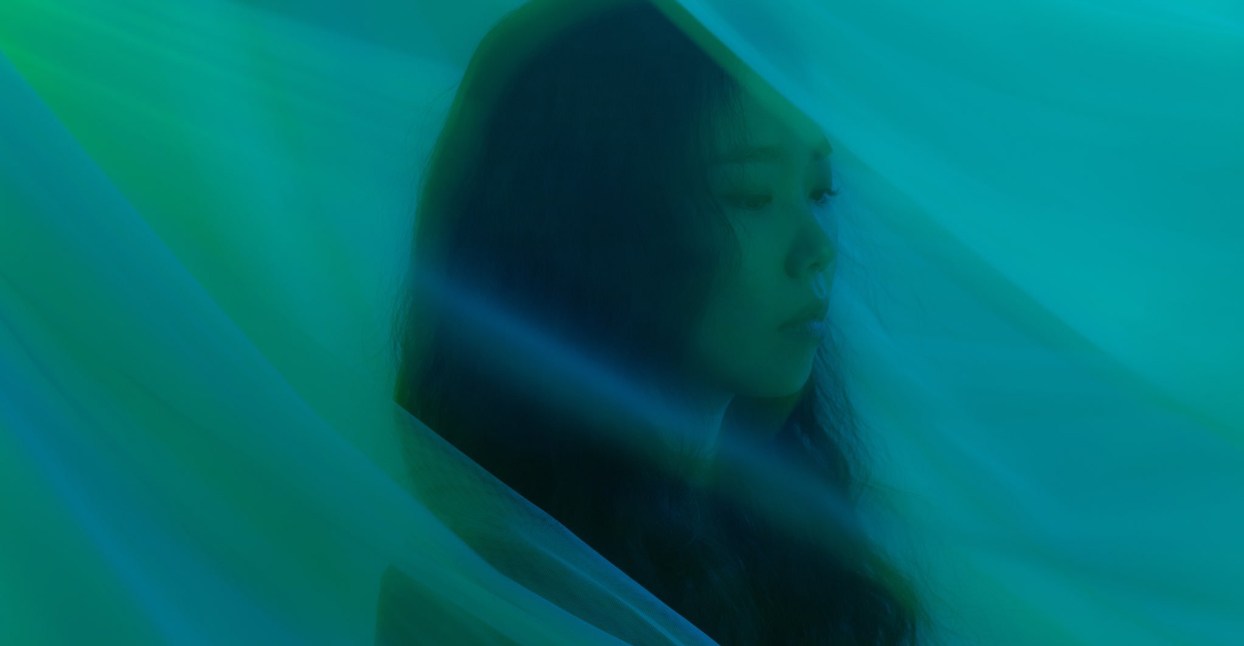 Originally one half of folk duo 숨[suːm], multi-instrumentalist/composer Park Jiha emerged in the West last year with her debut album Communion (she originally self-released the album in Korea in 2016). A startling mix of traditional Korean instruments with Western instruments like saxophone, bass clarinet, and vibraphone, Park created a mesmerizing hybrid that evokes Korean court music, jazz, post-rock, doom, and classic minimalism. The piquant timbres of her piri (a double reed), saenghwang (a mouth organ), and the yanggeum (a hammered dulcimer) provides a sonic jolt.

In her follow-up Philos, Park turns her gaze inward. “Communion marked a part of my career working in collaboration with different artists sharing different horizons and working methods,” she says via email. “With Philos, I’m still working on the sound texture possibilities of traditional instruments, but without the burden of coordinating a whole team of musicians.”

Born and raised in Seoul, Park received a formal education in Korean traditional music from the age of 13, starting with the piri, whose timbre can veer from toylike to sax-like within a breath. She toured the world in traditional ensembles, but slowly began moving away from Korean classical music. “I get affiliated with it because I do use traditional instruments,” she says. “But the music I made actually breaks most of the codes in the traditional field.”

Most of Philos finds Park in communion with herself, layering improvisations into gorgeous tapestries of sound on pieces like “Arrival” and the title track. For the most part, it’s an evocative, contemplative listen. But just over 10 minutes into the album, the voice of Lebanese poet Dima El Sayed appears on “Easy,” whispering, “Meditate / Take it easy / Be one with the universe.” As Park coaxes a gentle tone from the piri, you might find yourself start to drift—but then El Sayed’s voice suddenly stiffens as she responds: “How can I? / Children so close are left to die / And tyrants are holding the cup.” The piece only gets more queasy and disorienting from there, its existential truths clawing away at the song’s placid surface.

“Dima really impressed me with the deepness and intensity of her work,” Park says. The two met at a retreat in the U.S. back in 2013, but only got the chance to work together in 2015. And while the music may feel minimalistic, the emotions are anything but: “I always have a lot of feelings and emotions going through me when I play these instruments. I think I kind of naturally get these emotions out.”

Philos presents Park at her most intimate and personal, preferring what she calls “a more personal set-up [for] that personal element I wished to communicate.” She carefully layers everything so that gentle overtones arise, and an evocative emotional pull can be felt. Listen closely to the drifting melody of “When I Think of Her” (a song made in tribute to her mother) and you can just make out Park’s own voice humming in close harmony with the saenghwang.

But Park also allows small sounds in to further ground the performances. Interweaving ambient noise like the rustling of fabric on “Pause,” passing cars, or a sudden storm (as on “Thunder Shower,” with the yanggeum matching the percussive patter of raindrops), the listener gets the uncanny sense that they are in her presence. “All of these sounds are part of myself, they are sounds I hear everyday,” she says. “I really wished to have Philos represent the soundscape of my own environment. Working alone with these instruments and my own imagination as the one and only limit is the best part of it all.” With Philos, Park Jiha reveals that her thrilling sound has few limitations.