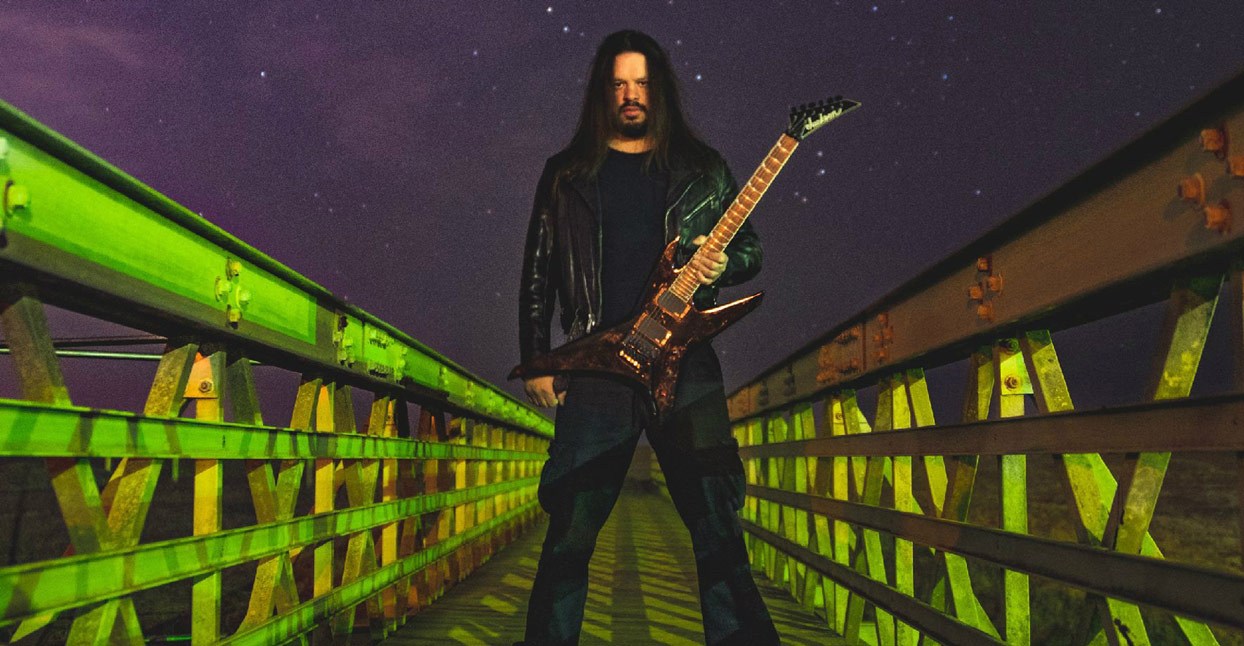 “I still remember Dee Snider [of Twisted Sister] hosting this [TV] show, I think it was called Metal Shop, and they had Celtic Frost on,” Paul Ryan, guitarist and sole continuous member of death metal band Origin, says. “My friends and I saw the video, and we were terrified.” They got on their bicycles and rode three miles to the nearest record store to buy the album. Then they raced home to put it in the cassette deck. “We thought we were going to burn in hell listening to it.”

Origin’s latest album, Abiogenesis – A Coming Into Existence, released on Polish label Agonia Records, is actually a return to those moments of early death metal enthusiasm. The collection includes songs from Ryan’s first two bands, Necrotomy (1990-1991) and Thee Abomination (1992-1993), as well as the first worldwide release of Origin’s initial EP, A Coming Into Existence (1998).

Ryan grew up in Topeka, Kansas—not generally thought of as a death metal hub. He listened to music from an early age. His mother played drums and piano and sang, and he was learning “Wipeout” on the snares when he was in elementary school. He began playing the viola in school orchestra, but soon he realized that he wanted to play something heavier. His mom insisted he stick with the viola though, so he recorded himself practicing it, and then would play back the tape while he quietly taught himself guitar. His mom finally busted him. “I was like, this is stupid! I want to rock out! I don’t want to play the stupid viola!”

Soon he was listening to as much metal as he could, the heavier the better: Black Sabbath, Kreator, Possessed, Napalm Death. A lot of the music was difficult to hear or find in Topeka, and there were no tabs to learn how to play his favorite songs. So he would record the bands when they came on television, and then rewind and replay segments of the songs over and over again until he could reproduce them himself.

As a teenager in the early ‘90s, Ryan was driving into Lawrence to see metal, punk, and hardcore acts, and was ready to start his own band. His first attempt was Necrotomy. When that band fell apart, he started Abomination, which he had to change to Thee Abomination, since another band with that name was already out there.

Neither Necrotomy nor Thee Abomination ever made an album. The only records of their music are old lyrics sheets and some garage tapes of practice sessions made on a boom box. But, Ryan says, “songs you write, they generally stay in your head. I’ve known these songs for years, I just never used them.”

Ryan felt like it wouldn’t be right for the music to have the highly technical current lineup of Origin perform them (that’s Mike Flores on bass, John Longstreth on drums, and Jason Keyser’s vocals). “I think I would be forcing the players I’m working with today to dumb it down,” he says. So he decided to record all the music—guitar, bass, drums—himself.  “I’ve always been kind of a closet drummer,” he says. “I’d never consider myself as good as an Origin drummer or some of the guys who are out there today, but I feel like I do okay.”

The early tracks are short and brutal—a very different sound from the towering prog technical monstrosity of contemporary Origin. Still, fans will hear numerous foreshadowings of the beast to come. Ryan walked me through some of the tracks on Abiogenesis, highlighting how they fit into the origin of Origin.

“Insanity” was a track from Necrotomy, Ryan’s band in 1991 and 1992. “This is probably the most complex song on Abiogenesis,” Ryan says. “I mimic the guitar solo exactly. It’s not as technical or as fast as current Origin, but it’s got the vibe. It’s the direct bloodline. It’s my songwriting, just seven or eight years earlier.”

This song is even earlier than “Insanity.” The opening sounds very different from Ryan’s current music; the drums are syncopated rather than all blast beat, and it’s got a rock swagger. “Back then, in that era of time, it was pretty extreme for what it was,” Ryan says. “There are certain songs that are all blast-oriented, like Napalm Death or Brutal Truth style. And then there are also songs like ‘Infestation’ that have a weirder structure, like Voivod. A Voivod meets Cryptic Slaughter kind of field, is how I explain ‘Infestation.'”

“Autopsied Alive” is a Thee Abomination song, which is why it’s shorter and not as complex. “I had more time to develop the Necrotomy songs, and then that band fell apart, and I didn’t know what to do. So I started writing songs as I formed a new band. I was just trying to keep pushing and keep the train rolling and writing new material.”

On the track, Ryan says he was trying to imitate the style of Jaime Serrano, the drummer for Thee Abomination “who was a more brutal drummer: crazy blastbeats all the time, just super fast tempo.”

“Murderer” starts with a Clint Eastwood sample from Unforgiven (1992) and ends with a Bill Paxton sample from Aliens (1986). Using those clips “was just the original idea that never happened,” Ryan says. “I thought, ‘Oh yeah, this would be great!’—but it wasn’t possible without a recording studio.”

This is also the last Thee Abomination song, and the first time Ryan used “riff arps, which is a riff which has an arpeggio in it,” he says. That became a signature sound for Origin.

“Lethal Manipulation: The Bonecrusher Chronicles” is a track from the first Origin EP in 1998, which featured George Fluke on drums, Clint Appelhanz on bass, and Jeremy Turner on guitars, along with Ryan. The lyrics are by then-vocalist Mark Manning.

“Mark was an MMA fighter,” Ryan says, “and he was an angry guy and he liked to fight. He would fight 10 guys in one day, it was incredible. ‘Just part of my training!’ he’d say. He liked death metal because it was another way to get out his anger. He was a very brutal person.”

The lyrics basically describe an MMA fight. “Bones begin to break, smash your fuckin’ face / Beaten, you plead to live / Born to mutilate, live to desecrate, die, I will kill again.”

“Inner Reflection: The Pain From Within”

After “Lethal Manipulation,” Ryan was done with that particular lyrical focus. “‘Mark, this is the only song we’re going to sing about this,’ I told him,” Ryan recalls. “Necrotomy and Abomination were death metal—angry at the world, scary blood and guts stuff. But by the time I became an adult, I knew people who had killed people, and I was like, ‘I’m never going to do that.’ That’s where Origin became about different things, rather than just individualistic thoughts. That’s where Origin began to be more about cosmic themes.”

“Inner Reflection: The Pain From Within,” from A Coming Into Existence EP, points toward future Origin lyrical themes. “Look into me painstakingly, what do you see? / Stop judging me from what you see, try empathy,” is a more thoughtful message—even if it still delivered with bone-breaking force.

Abiogenesis is only the beginning of the re-exploration of Origin’s beginnings, Ryan hopes. There are plans to release the band’s first two full albums, Origin and Informis Infinitas Inhumanitas, on vinyl for the first time. “It’s good to get this stuff out,” Ryan says. “It’s just been on the back burner and now it’s finally done.”