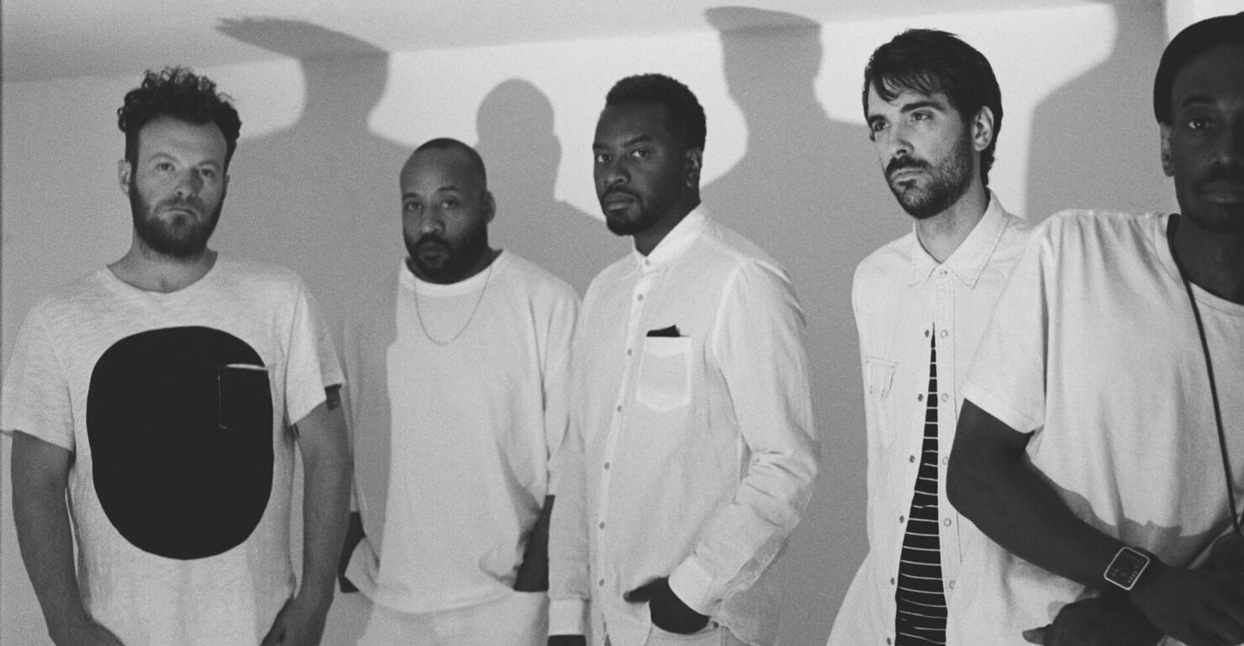 No Kind of Rider frontman Sam Alexander didn’t have his father’s death in mind when he wrote the song “Autumn” off the band’s debut full-length Savage Coast. But it could look like he did. Over a skeletal drum groove draped over by a funereal keyboard haze, Alexander sings that “we all have to die to be reborn.” Elsewhere in the song, Alexander sings that he “doesn’t need fire and brimstone below”—which appears to reference his late father’s background as a preacher. But here’s the catch: Alexander’s father, who unexpectedly passed away from a stroke in 2016, was still alive when he wrote the song.

“Autumn” was actually inspired by the relationship between No Kind of Rider’s five members, who share a peculiar dynamic that has seen them stick together for 12 years despite weathering numerous storms—including four of the five members’ fathers dying in succession.

“On that song,” says Alexander, “death was originally a metaphor. The idea was, ‘We’re doing this together, but we’ve had to metaphorically die together to go to the next stage.’”

As Alexander explains, all five members knew each other as students at the same high school in Tulsa, Oklahoma. They had a lot in common: conservative family backgrounds and a shared sense of feeling like outcasts for loving both rock and R&B. Alexander speaks of it being almost inevitable that these five people would end up making music together—and yet they didn’t form strong friendships with each other in high school. It was only later, after various individual stints in college and in other bands away from home, that they fell into one another’s orbits again. Once they played together in a room, the chemistry was, by all accounts, instant.

It’s telling that Savage Coast is the band’s first full-length after 12 years together—not because that’s an indication of sluggish forward momentum, but the opposite. No Kind of Rider are nothing if not deliberate and painstaking. After relocating to Portland, Oregon in 2008, the band has workshopped material together with a rare sense of dedication, always shaping songs by playing them live before attempting to record them. Some of the material on Savage Coast, in fact, dates back four years—again, not because the band is slow to write, but because Alexander and company tend to rework songs.

As with countless other albums where creative friction plays an vital role in the process, Savage Coast isn’t an easy work to pin down. The ingredients—post-punk, new wave, art rock, R&B, soul, and more—are all readily identifiable, but the band reconstitutes them so that the songs seem to break all available molds. “Dark Ice,” for example, wobbles close—but not quite all the way—to a downtempo reggae groove, the intro guitar lick like Ghanaian highlife slowed down by a heavy dose of cough syrup (and, presumably, mourning). On the title track, the band welds the cutting guitars of post-punk to electro-pop, but again with a twist; if you listen closely, every moment contains a slightly off-kilter sound. It’s almost subversive that No Kind of Rider were able to craft Savage Coast as an album full of songs that are polished enough to end up on the radio, even though all of them contain such discomfort and strangeness.

One gets the sense that each member pushed the songs to places none of the others would have. Alexander affirms this and speaks at length about the ever-present charge of volatility that comes from leaving one’s musical ideas vulnerable to people who see them so differently.

“I think bands break up,” he chuckles, “because people don’t want to go through that anymore.”

Alexander says that all the deaths they’ve experienced have given the band a basis for empathy that’s hard to find with people who aren’t going through the same thing. It’s also fitting that the relationships in No Kind of Rider seem permanently wedged between creative proximity and emotional distance, given what most of the band is now reckoning with.

“When something like that happens, you think about your relationship with [the deceased] person. It’s like, ‘Wait a second, of all the people who know me, you know me the most. And yet, there are things you have no idea about. And there are ways that I can never understand you.’ It’s strange to be so close to someone, and then also be aware that you’ll never understand a thing about them.”