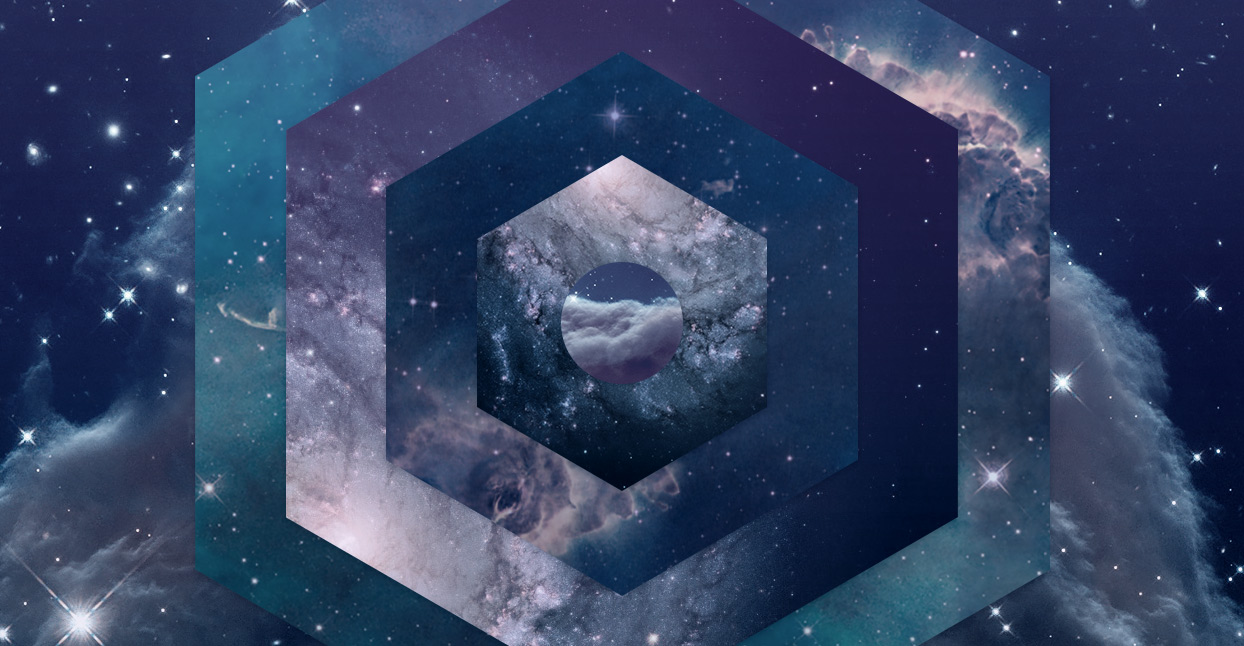 Though their music seems to take place in the vacuum of space, Australian black metal duo Mesarthim aren’t fans of dead air. Instead, their songs rely on the collision of unrelated textures—blurry, blinding guitars; swelling, triumphant synths—to fill every square inch of their compositions with sound. Though black metal in form, Mesarthim’s songs also absorb elements of prog rock, post-rock, power metal, even dance music, as a way of conveying the terrifying scale of space. You can feel its coldness and its numbness, but also the gorgeousness of its accidental design. Their album covers, space photos taken by NASA, contribute to the music’s enigmatic feel.The cover of their debut, Isolate, depicts the Horsehead Nebula, a cloud of gas that looks more like a mountain made of smoke. Pillars features a photo of a spiral galaxy in which stars are being rapidly generated—a whirl of activity in a landscape of otherwise total emptiness.

The opening track of their most recent album,  .- – . . . . . . . -. – . – . . (Morse Code for “absence”), is a dense swirl of screams and tremolo, a shudder that registers as an anxious vibration. As it acquires density, though, it also takes on a kind of traditional beauty; synths that simulate strings gently surround the song, creating a kind of extraterrestrial orchestra. There’s also a piano breakdown.

Mesarthim are unusually prolific; in 2016 alone, they released one single (“Suffocate”), two EPs (Pillars and Spire) and one album (.- – . . . . . . . -. – . – . .)—and haven’t slowed up since. They released a new EP on December 11, and then another one nine days later.  The members of Mesarthim don’t traditionally give interviews, as a way of preserving the mystery and general sourcelessness of their music. For the purposes of this interview, they will be identified as . (vocals) and . (other). They did not clarify which ‘.’ answered which questions.

How did you two decide to make music together? As a duo, how do you compose and record this music?

We have known each other for many years. The idea and meaning behind Mesarthim was something we had spoken of for a long time. In 2015, I presented . with a group of songs. He approved of the sound and atmosphere of the music. From there, he gave some structural suggestions and pieced together lyrics and concepts and recorded vocals. It all happened in quite a short period of time. Needless to say, the response was quite unexpected for us.

It often feels like your music is trying to convey the idea that, even in the void of space there are brief pulses of emotion. I get that even from the cover art—the NASA images make it feel as if space is some kind of ‘celestial kingdom.’

We try to keep a very coherent presentation between our music and imagery. You are correct when you point out [the idea of] finding the emotion in the void of space. The images we use for artwork are chosen to best reflect the music, and often juxtapose an ‘emotive’ image with the staggering vastness of space. An example of this is the Pillars cover, with the vibrant spiral surrounded by nothingness.

Each release seems to have a different atmosphere; Pillars feels like an explicit embrace of trance, at least on “Constellation”; .- – . . . . . . . -. – . – . . feels more reduced than Isolate—there are fewer proggy guitar solos, and it also feels more melodically beautiful. I guess I’m wondering how your albums come together? How do you approach them as distinct projects?

Isolate was largely written before Mesarthim had fully evolved from an idea into a musical entity, and it was composed as a standalone album, with perhaps a slightly naive outlook on things. Pillars was originally going to become the second full-length, but we felt it was more of an accompaniment to Isolate than a follow up. We then wrote and recorded an entire second album that took the sound of Isolate and expanded on the musical grandiosity of it—with less focus on electronics and more symphonic elements. We were satisfied with the songs, but before the album was complete I wrote the song “. – – – -” and felt this was the direction we had to take for the second album. After we made this decision, everything came together very quickly.

Why do you price your albums so affordably?

I think most people are appreciative of the fact that we are giving them music for little in return. A large number of people pay well above the asking price, and I think we would not have had anywhere near as much ‘hype,’ popularity, spread, or downloads if the price was higher. There is a constantly evolving message behind the music of Mesarthim, and while it may not have been revealed yet, we feel it more important to gather people who will hear this message, rather than trying to make some kind of financial gain.