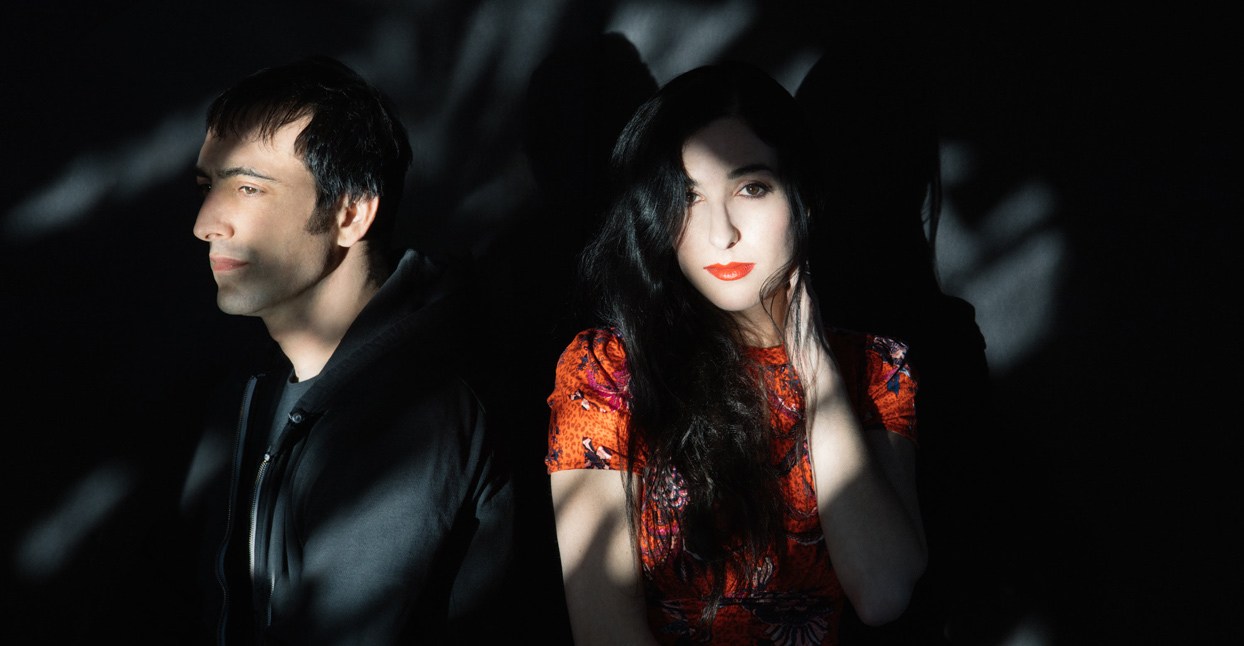 On paper, a collaboration between dream-folk singer-songwriter Marissa Nadler and metal shredder Stephen Brodsky—known for his dizzying work with Cave In and Mutoid Man—might seem a little strange. Beyond the fact that both of them are from Massachusetts, they appear to have little in common. It’s only when you realize that Brodsky has a vastly underappreciated solo discography, which includes soft acoustic material, and that Nadler has previously worked with reclusive former black metal musician Xasthur, that the duo’s Droneflower album begins to make sense.

“Steve and I come from different musical wheelhouses,” Nadler acknowledges. “But I’m always attracted to people who can do things I can’t do. I like the riffage, basically. When he sent me some music that didn’t have words, and [I could hear that] it was really different from what he normally does, I got really excited. It doesn’t sound like him in his other bands, and it doesn’t sound like me in my other work.”

By turns eerily melodic and pleasantly surprising—consider their haunting acoustic cover of Guns N’ Roses’ “Estranged”—Droneflower is the result of a collaboration that took place over three years, both in person and through online file exchanges. As it turns out, Droneflower is both the album title and the band name.

“It’s a bit tricky,” Brodsky says with a laugh. “I think we just felt like the record would get a stronger push with our names attached rather than trying to hype a new band. Maybe next time it’ll flip and the artist name will be Droneflower and the album title will be our names.”

In their first tandem interview, we asked Nadler and Brodsky how all of this happened.

You’re both from Boston, but you actually met in New York. What’s the story there?

Marissa Nadler: I’m kind of a loner, so even though Steve and I lived in Boston at the same time, I didn’t know him. I didn’t know anybody. [Laughs] So we met at [Brooklyn venue] Saint Vitus at a show.

Stephen Brodsky: Yeah, I think it was for your July album. I remember you were wearing a red dress and you were playing as a duo that night. I got really drunk and I think I was trying to convince you that it would be a good idea for you to have a feature in High Times.

You’ve said that Droneflower isn’t just the album title—it’s also the band name. What was the runner-up?

Brodsky: We struggled with a band name for a while. At one point, I think the list was in triple digits. We were gonna name it after a weed strain.

Nadler: Space Queen. Which is awesome, I think. [Laughs]

Brodsky: But I figured out Space Queen is copyrighted by some woman who does, like, feng shui.

Initially, you talked about doing a horror soundtrack together. How did that idea morph into Droneflower?

Nadler: I have a really big interest in developing my career to do soundtracks and more cinematic work, and I think Steve does, too. But then they just became songs, and songs should stand on their own, whether they go with a movie or not.

The horror soundtrack angle is especially fascinating because your record label, Sacred Bones, is also home to John Carpenter and David Lynch. How do you feel about that?

Nadler: I think it’s fucking cool. I kinda couldn’t believe it when I realized I was labelmates with John Carpenter and David Lynch—and Jim Jarmusch! I mean, pinch me, you know?

Brodsky: That actually reminds me of one of the names we had for our band: The John Carpenters.

You did an acoustic cover of Guns N’ Roses’ “Estranged,” which seems like an odd choice for you two. What inspired that?

Nadler: It was something I’ve always wanted to do. I love that song, and I loved the video when I was in high school, where Axl Rose rides the dolphin. Obviously, what we did is not a straight cover. It’s an interpretation. But I love that—I love changing songs.

Brodsky: When those Use Your Illusion albums came out, I was 12 or 13 and would listen to them with headphones on in bed. I remember I had to hide those cassettes in my room…

Nadler: ‘Parental Advisory: Explicit Lyrics!’ Those records had the stickers on them. [Laughs] We’re dating ourselves now.

You’ve got some shows coming up. Have you started rehearsing?

Nadler: Yeah, we’ve started rehearsing—and we might have a few tricks up our sleeve. Maybe an expanded lineup and a couple guest players. I might try on being a frontwoman with just a mic. Maybe I’ll do a dreamy dance show. [Laughs] I might play a harmonium or something, but Steve is going to do most of the guitar work.

Do you have any plans to record another album together?

Nadler: I’d be totally down to.

Brodsky: Yeah, absolutely. There’s actually a bunch of extra ideas that we didn’t end up finishing, so there’s definitely room for more.