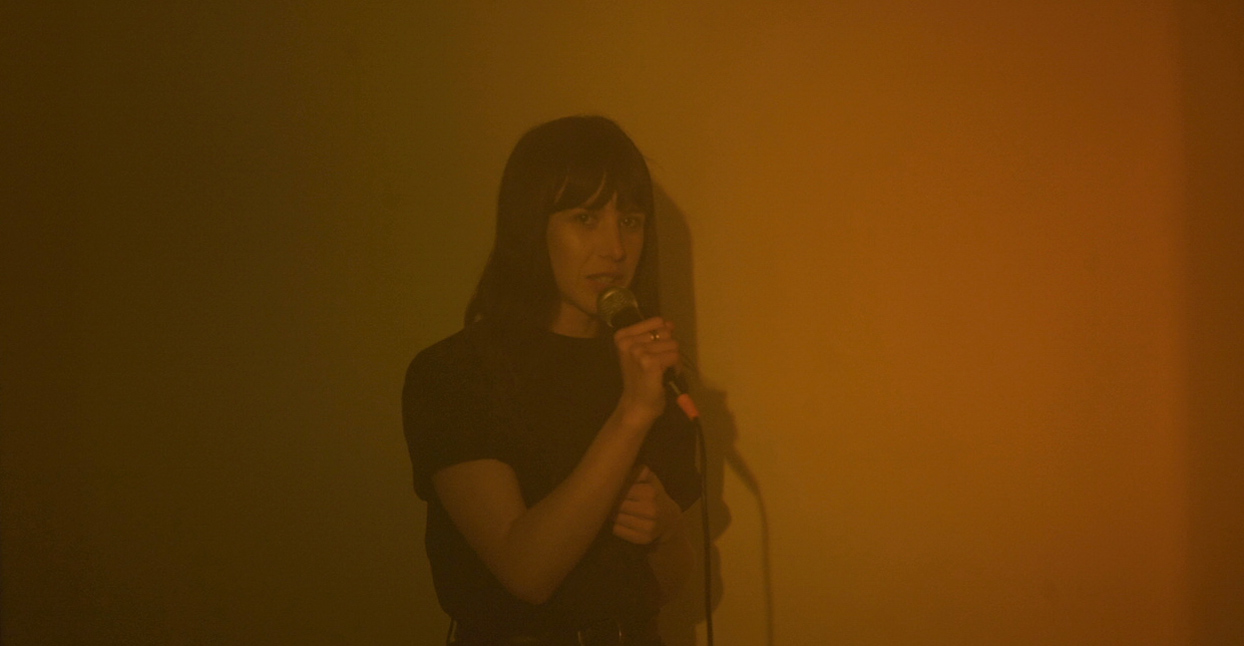 As a child, Maria Somerville routinely sat with her family in small, intimate circles. Here, she watched with widened eyes as her father and her uncles sung mystic traditional Irish ballads in impossible harmony. “Witnessing that raw emotion stuck with me,” Somerville remembers. “When you get a group of people singing unaccompanied, it’s incredibly powerful. There’s a real sense of connection.”

Channeling this communal spirit right through to her work today, Somerville has managed to become one of Ireland’s most vital young voices. She was raised in Connemara on the island’s rugged west coast: a wondrously unsullied landscape, imagined straight from a vintage postcard. Her magnificently tender, self-released debut album, All My People, is a direct product of her fervor for home.

Somerville’s earliest musical education came from her brother, who taught her how to play the guitar as a youngster. When she was a teenager, her neighbor, a German guitar teacher, schooled her on jazz improvisations, enabling the budding songwriter to voyage into new musical worlds entirely. Eventually, Somerville moved from the countryside and enrolled in a sound engineering course in Dublin.

Surrounded by like-minded peers, her writing became more realized, more fantastical. Witnessing local avant-garde acts in DIY venues was a revelation. Interested in a dialogue—a bracing interplay—between traditional and modern motifs, she finds catharsis in the fissures. “There is probably a tension that exists between country and city, as well as contrasting ideas of home, in my music,” she says.

Somerville’s sound is best described as dream pop’s extraterrestrial cousin; its DNA combines the earthy gestures of traditional Irish balladry, tempered with some of the more delicate, grounded elements of droning experimental music. Her voice, quiet and wistful, never truly becomes the centerpiece on any given song, but rather amplifies the swooning haze surrounding it. Nevertheless, this affecting singing style carries plenty of weight. Somerville’s lilting croon on “This Way” recalls the soothingly hard “t” enunciations of the late Dolores O’Riordan, while her sorrowful singing atop perplexing soundcraft on “Brighter Days” brings Angel Olsen’s skeletal early work to mind.

The only other voice heard on the self-released album belongs to her uncle. A hazy sample of the late Michael Somerville, singing an Irish ballad at a family wedding, in what is the only surviving artifact of his voice on tape. Memories are self-evidently important to Somerville, and they flash around her new album like a swarm of excitable fireflies. This sentimental gravity, coupled with the gorgeously phantasmal musical arrangements, is hard not to feel—a rush of nostalgia-tinted memories flooding the soundscapes, a deep-rooted sense of place in an age of placelessness.

Somerville, by her own admission, is shy and reserved, which results in interior-sounding music. Artistically, though, she has grown leaps and bounds. Between 2014 and 2017, under the more veiled Somerville moniker, she performed a long leg of shows across Ireland including some festival dates, burnishing a glistening reputation for herself as a musician and performer.

Since then, and since receiving her degree and touring Europe as a supporting act, she has begun to display more of her personhood. She has, in her mind, had a rebirth in artistry that has its origins in a newfound confidence. On the new album, she mines relics of the past—odd recollections, complex loving relationships—in a subtle yet fascinating process of self-discovery.

This may not always be explicit, but Somerville’s hauntological work traces age-old traditions passed through generations—she pieces together intricate, sculptural sounds and ideals from Irish heritage. Occasionally, she leans into the philosophical. Namechecking French thinkers Michel Foucault and Gilles Deleuze, she is fascinated by the dreamworld and subconsciousness—something difficult to avoid when you consider her misty, translucent sound.

She’s quite coy, reluctant even, to overanalyze themes on her new album, though: Is she consciously transmuting rural wilderness into song? Are her memories tainted by time? Quite simply, she says, it’s music about her youth: “The landscape and freedom was like a call for my imagination to grow. There is so much folklore and tradition there, so much song and storytelling.”