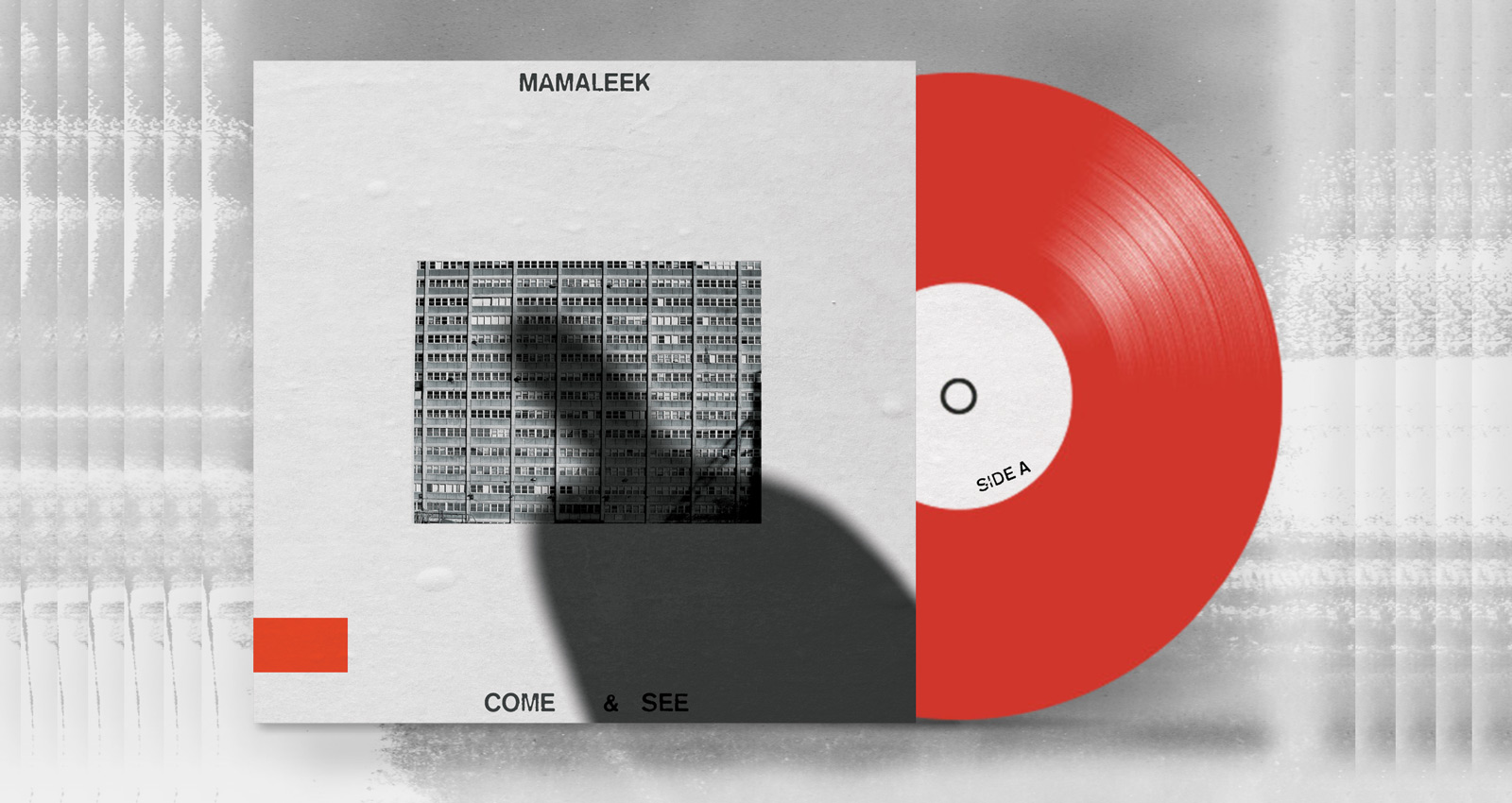 “It’s difficult to know exactly when things crystallize as an album subject, since they are always in motion,” says one of the two anonymous brothers who make up the avant-garde black metal band, Mamaleek, via email.

The theme of the duo’s new record—or, at least, what appears to be the theme of the duo’s new record—is post-war subsidized housing, which is pictured beneath the cast of a figure’s ominous shadow on the album’s cover. The album’s second track, “Cabrini Green,” shares its name with an infamous subsidized housing project in Chicago, the complex that partly inspired Bernard Rose’s Candyman. Although the duo seem hesitant to fixate on any one solid aspect of the work. “I am suspicious of records that aren’t leaky,” they write, and the statement is true both thematically and musically. Over the course of the last 12 years, they’ve incorporated everything from trip-hop to spirituals in their black metal murk. Their work is cohesive—no other band sounds quite like Mamaleek—but it’s also jagged and hard to categorize.

Their first record (self-titled, self-released) skillfully blended blown-out shoegaze, emotional hardcore, technogrind, stately doom, and buzzing black metal. Four years before Panopticon combined country/bluegrass and black metal, Mamaleek was doing it on “Shout On, Children,” where a finger-picked guitar introduction slowly gives way to growls, a simplified reiteration of the established melody on electric guitar and, eventually, an insistent dance beat, all in the first two minutes. It was this record that originally caught the eye of The Flenser, their current home.

Since then, the brothers have broadened their sound, adding elements of noise rock, industrial, blues, and jazz, while incorporating a dizzying array of samples. On Come and See, Mamaleek blend the skronk and harsh bellows of noise music with brief, furious bursts of tremolo blasting, dirge-like saxophone, loungey jazz, and devil-at-the-crossroads-style blues. It’s a woozy mix, veering between the mechanistic and the uncomfortably human—music thick with rot and decay. The angular guitar that anchors opening track “Eating Unblessed Meat” is both playful and unsettling—the aural equivalent of an empty playground. And while the group has been moving toward sparser arrangements over their last few releases, they’ve really dialed in on that approach here, allowing howled declarations like “Cowards bend at the knee!” on “Whites of the Eyes (Cowards)” to hang in the air, heavy with menace. The soft-shoe shuffle of jazz keyboard that closes that song only thickens the foreboding atmosphere.

It’s a genre trope for black metal bands to mask their identity with goofy pseudonyms; the two brothers in Mamaleek are more like quiet ghosts, preferring to let their music do all the talking. (This is only their third interview). “We do not want any focus to be on us, our personalities, locales, beliefs, etc.,” they say. “Sure, this is naive at times, but like a lot of belief systems, we’d settle for some kind of doctrinal compromise.” It’s hard to imagine this approach working for most bands, especially in a world that typically requires a near constant presence to achieve any kind of market foothold. Nevertheless, the brothers have been able to carve out their own niche. “We have had the privilege so far of avoiding touring/life on the road,” they say. “And so [we haven’t had] to sell merch or do much promo stuff, let alone consider how our choices might impact audience perception.”

While the band has avoided touring, they have started playing live shows. This is also the first album to feature a full backing band, the assemblage of which they say, “was hardly thought out.” It’s hard to read tone over the internet, but there’s a certain, detectable amount of wryness in their claim that, “they are the worst choices as bandmates. They are fully committed to their ‘situations’: families, kids, jobs/programs, and have little time to spare.”

Despite their deprecating tone when talking about their new bandmates, the brothers clearly have an affection for their new comrades—and by extension, how far the band has come. They ended their email with, “Opportunities for collaborative creativity become inflated with more meaning and significance than when we were younger and had copious amounts of time to fail at music. Now we’re failing more deliberately and with a better appreciation of time in all its fleeting humiliation and occasional glory.” Come and See may be a “leaky” record, but the clarity and deliberation on display has never been more apparent.