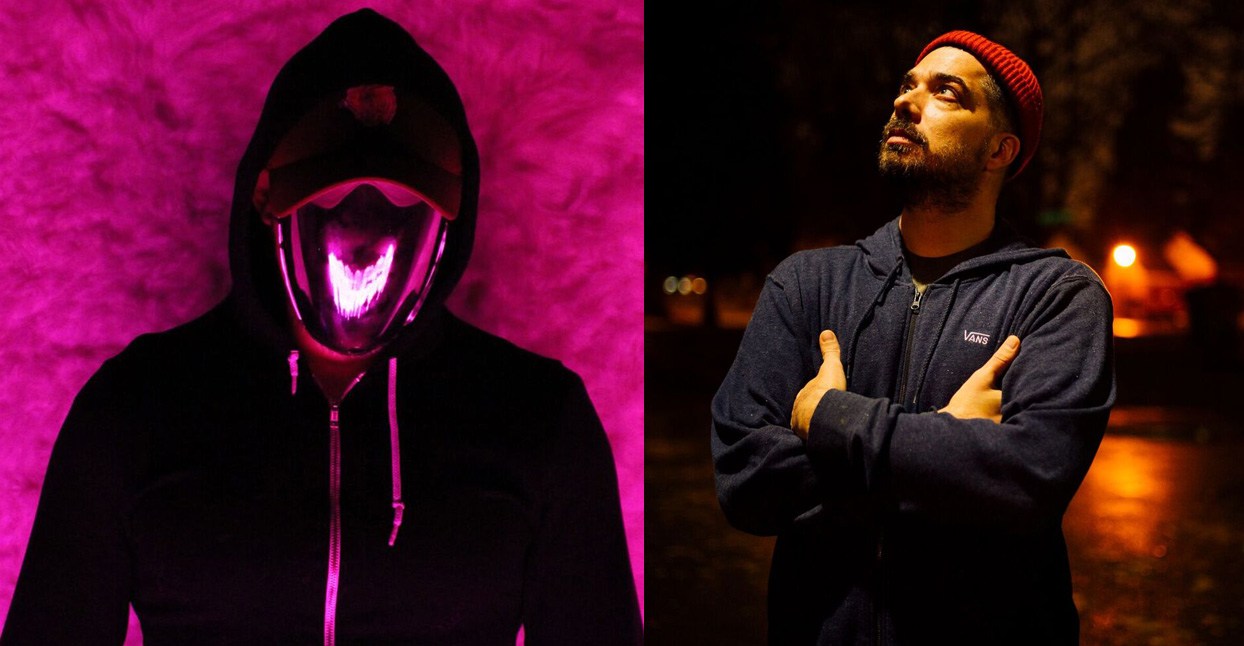 In September 2007, producer Tom Fec toured as part of Black Moth Super Rainbow with the Flaming Lips for a handful of dates. This billing made sense, given Black Moth Super Rainbow’s sickly sweet electro-psychedelic rock sound. For nearly three months after that, Black Moth Super Rainbow opened for rapper Aesop Rock, whose extensive vocabulary and anti-establishment bent had already made him a favorite of underground hip-hop fans. This line-up, too, made sense, albeit for reasons that fans might not have known. “I’m trying to put this in the nicest way possible: I don’t think either of us loved being on the road,” Fec says.

Still, Fec—a solitary artist by nature—felt electrified by the company he kept on the road. He hadn’t worked on new music in three months, though once he settled back into his hometown of Pittsburgh he immediately got back to work. “I was so inspired by being around people who are better than me,” Fec says.

Later in 2007, Fec released Fucked Up Friends, a solo debut under the moniker Tobacco. Fec’s production style was still distinct, though a scuzzy-sounding Aesop Rock collaboration (“Dirt”) and bouts of hip-hop percussion helped distinguish Tobacco’s music from his past work with Black Moth Super Rainbow. A decade or so later, Fec and Aesop Rock have teamed up once again to release Malibu Ken, an electro-rap collaboration built off of mutual respect.

In the album announcement, Aesop Rock recalls how they first thought of doing a project together 10 years ago—but the conversations began in earnest around 2015, when Fec called Aesop during the winter holidays. “I don’t know why we didn’t do it sooner,” Fec says. “I guess we have walls and shit that stop us from doing things that should be obvious.” To be fair, both parties were preoccupied with how to allow their musical identities to evolve. Aesop Rock was one year away from releasing The Impossible Kid, and with that, continuing his trajectory of becoming a more direct lyricist than in the past. Tobacco’s “Stretch Your Face,” off 2010’s Maniac Meat, had recently become the opening theme to HBO’s Silicon Valley.

Given how their individual styles collide in Malibu Ken, the title of Tobacco and Aesop Rock’s new project becomes a punchline in of itself. Malibu Ken is a playfully grotesque album about how human existence is far messier and grimmer than in a Ken doll’s brightly colored, plastic fantasy world. “I know you’re trying to find math in your misfortune,” Aesop raps in “1+1=13.” He also retells a story ripped from 1984’s headlines, of how a teenaged Ricky Kasso killed Gary Lauwers while reportedly high on LSD because Lawuers refused to say that he loved Satan (on lead single “Acid King”). On “Churro,” he reconsiders how different species in any given food chain might devour one another, and the irony in how we talk about cuddly animals on the Internet.

Fec’s synths, gleaming at times and serrated at others, invoke throwback video games as they hint of clear dangers ahead. As he did with “Dirt,” Fec also takes some pleasure in distorting Aesop’s voice a tad, making it occasionally sound truly monstrous here. But he also became mindful during the process, of Aesop Rock’s needs for his notoriously dense lyricism to be heard absolutely clearly—as opposed to “Dirt,” where Aesop’s vocals were simply another distorted layer.

“He had to rein me in sometimes,” Fec says, laughing. “If I was going to be completely running the show, he would sound completely Satanic. I would have really fucked with his voice a lot. It’s better that I didn’t.”

For the majority of Malibu Ken, Aesop Rock decided to let Fec’s production ultimately dictate the music’s subject matter. Sometimes this caused concern for Fec, as when he emailed Aesop an instrumental that still seemed like an incomplete thought. “It just didn’t have what I felt was a soul to it,” he says. But that particular song evolved into third track “Save Our Ship,” where Aesop speaks on behalf of an entire generation who constantly feels untethered, in search for some beacon of hope: “This news, clips of the shifty, crippled and misused, pigs in the pews / Stick, move, face-down folk recycled as fish food, all this news / This news, metal in the water and men with split hooves, homesick blues / Win, lose, money over shark fin soup and stiff booze, all this news.”

“When [Aesop] came back with the chorus, it changed what the song was,” Fec says. “It actually made the instrumental good. The chorus gave the music meaning.”

It was at that moment, when Fec heard how “Save Our Ship” had evolved, that he remembered why he wanted to reunite with Aesop Rock in the first place. Fec and Aesop are independently-minded artists who have long resisted being too literal with their work. “I’m always refining what I do, kind of having myself as my own inspiration. I make this shit for me,” Fec says. Yet working with Aesop even allowed him an opportunity to hear his own work differently. Through that meeting of the minds, he saw the beauty in working with others. And Malibu Ken’s off-kilter magic is a testament to that.