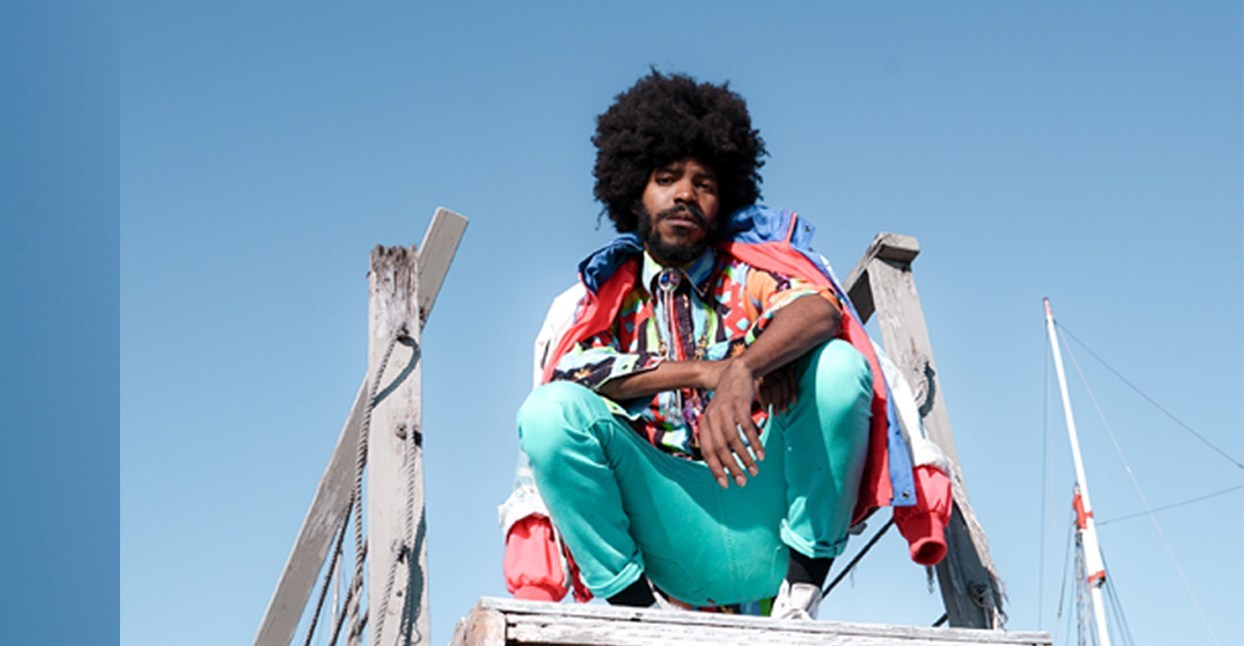 “I want to lend some visibility to something that seems to be very invisible,” says the singer and rapper MaHaWaM, speaking over the phone from their home in Oakland, CA. “As a Black person in America, my life has been threatened before. So when I received my HIV diagnosis, it was like, ‘Here’s another thing to deal with every day,’ you know?’”

That diagnosis is at the center of MaHaWaM’s debut album, Is An Island, a strikingly poetic yet bracingly matter-of-fact chronicling of the ways MaHaWaM—born Malik Mays—came to terms with their illness. “I think a lot of people just live their whole lives thinking they don’t know anybody that has HIV, simply because people in their lives who do have HIV don’t ever say anything about it out of fear,” they say. “Well, I’m here to talk about it.”

Co-produced with Akiyoshi Ehara of The Seshen, Is An Island blends warped electronics, heavy house beats, and jubilant dance progressions for a record that feels restless and exuberant. Its songs draw on hip-hop, R&B—there are even a few lyrical nods to gospel—but the way they are blended and combined feels novel and inventive, and don’t fit comfortably into any one place.

Mays is somewhat used to that. They grew up in Goldsboro, North Carolina, a queer child in a religious household; they were raised primarily between San Antonio, TX and Glendale, AZ, and spent their early years studying classical music, singing in the choir, and writing poetry. By the time they graduated high school, they had begun writing music. “You have to have an out, and the music was the out for me,” Mays says. “If I didn’t have the courage to say something out loud, that was something that I could put in the music.” They started listening to everything from The Mars Volta to Britney Spears, and were particularly drawn to songs with rapidly shifting time signatures and complex arrangements. A particularly illuminating acid trip early in their undergraduate studies reaffirmed Mays’s decision to drop out of Arizona State University, where they were majoring in creative writing. Committed to pursuing music, they enrolled in the Academy of Recording Arts and Sciences in Gilbert, AZ in 2012, and moved to Oakland, CA in early 2013, where they live today.

The sound of the city is audible in songs like “Livery,” which samples the BART train before transforming into a meditation on religion, water and fluidity, and life’s difficult conversations. “So don’t get baptized / If you can’t swim / ’Cause when the water comes / You might not walk on it,” Mays sings. It’s a line that’s drawn from personal experience: the older Mays got, the more they began to ask questions—especially when it came to religion. “You’re looking for answers, and you take that trip to find the answers, and when you find the answer it’s not necessarily what you’re looking for,” Mays says. The album confronts many of those existential questions, channeling lust and expression on “Hoping No One Notice,” and resignation and loneliness on “Livery.”

But for all of its other philosophical considerations, Mays’s identity as someone living with HIV is never far from the surface on Is An Island. In January, Mays released the album’s first single, “Michelle Pfeiffer,” calling it their “unofficial Black entry to the AIDS Quilt songbook canon.” The accompanying video displays a series of increasingly difficult questions about Mays’s mental health (“HOW MUCH WERE YOU BOTHERED BY: 1. HEADACHES 2. NERVOUSNESS OR SHAKINESS INSIDE 3. UNWANTED THOUGHTS…”), as they search for new ways to process their pain. “When I say, ‘When I die, throw my ashes on Reagan’s grave,’ there’s actually, just for a split second, a small picture of Reagan’s grave on the screen,” Mays says; the image recalls the iconic patch worn by painter and AIDS activist David Wojnarowicz at the height of the HIV/AIDS crisis.