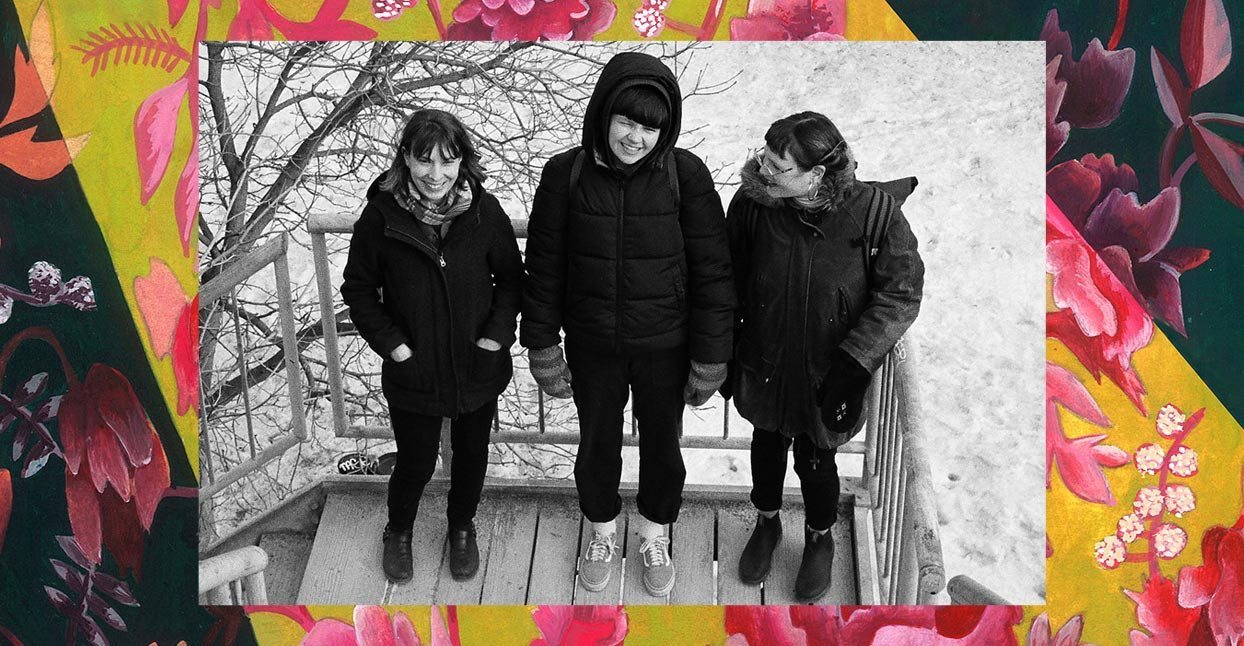 “There’s a lot of creativity here that’s able to flourish in ways I think would be challenging in other cities,” says Joni Sadler, speaking about the freedom that living in Montreal has afforded her post-punk band Lungbutter. “The cost of living is a bit easier, and I think that’s facilitated a pretty longstanding creative energy.” It’s that very climate that the three-piece credits with the space they needed to write and record their debut album, Honey.

From the post-apocalyptic sound of Godspeed You! Black Emperor, to the pop explosion of bands like Arcade Fire and later Grimes, Montreal has developed a reputation for being a haven for artists, with its sea of low-rise apartments being a contributing factor in the city’s affordability. The density and age of that housing keeps costs lower than other Canadian cities like Toronto or Vancouver, along with Montreal’s rich history of social mobilization and organization that pushes to keep rents low and gentrifiers out. While affordability wasn’t the main draw for Lungbutter’s members to head to Montreal from other parts of Canada, it’s certainly contributed to the reasons they stuck around.

Covering the city’s music scene for McGill campus radio CKUT introduced Sadler to vocalist Ky Brooks and guitarist Kaity Zozula, both of whom played in the punk outfit Femmaggots. As that project began winding down in early 2013, they started looking elsewhere and asked percussionist Sadler to jam. “We were all hunting for a project at the same time,” says Zozula, who characterizes the period as one when musicians in the scene were looking to be involved with as many musical projects as possible.

Scan the liner notes for the releases on the Misery Loves Company tape label—a communal effort that operated between 2014 and 2016 and coalesced around DIY venue La Plante and the Loose Fit promotion collective—and you’ll find proof of that outlook. “It was an opportunity for people who worked really well together and doing things in the same vein to pool resources and it seemed like a nice way to release things,” recalls Sadler of the label. Members of Lungbutter are credited extensively as performers, well beyond Extractor, their 2014 release and last recording prior to Honey. They also were heavily involved behind the scenes, chipping in whenever and wherever they could, from album art and lyric sheets to contacting media or making runs for the group.

Lungbutter’s live and recorded work at that time caught the attention of a larger local label, who hoped to seize on the creative momentum the band was experiencing. Personal obligations prompted a change in plans though, and Brooks moved away for a year in 2015. Rather than derail the band, it helped solidify their priorities. “We all agreed on not buying into some idea of ‘momentum, momentum, momentum,’ like we need to keep producing content,” explains Zozula. “It’s always there, wondering if we’re messing up our opportunity, this short window of time—but in Montreal, there’s a lot of room for people to be in projects over a long period and not feel like you have to then keep progressing in terms of how much your reach is.” Brooks agrees, adding, “‘Buzz’ is only useful if it reinforces why you want to work with people and why you want to make whatever sounds you want to make.”

That perspective would help the band weather not just their time apart, but the difficulty they had upon Brooks’s return. Faced with the challenge of shaping their instinctual and often improvisational playing into a sound that made sense on record, their follow-up recording sessions didn’t result in material they were happy with. “It’s a negotiation, thinking about ‘what is the central idea of the song lyrically’ and ‘what’s the central idea of the structure of the things we’re thinking about musically?’” Brooks explains.

In time, the material got to where Lungbutter wanted it to be. Although their approach to recording, exploring many different iterations of a song in the studio, can be time-consuming, Honey demonstrates the band’s sonic breadth even if the songs are set in stone. Zozula concocts these anti-riffs that approach no wave one minute and doom the next, while Sadler patiently punctuates the ideas with tension and relief as Brooks’s recitative vocals float over the dissonant chaos in a state of free association hypnosis.
Honey is the rare product of a band given space not only by their record label and city, but by themselves, to hone their material and themselves to a place where they can be proud of what they’ve done. “So much of what keeps us playing together as a band is that it feels really good and fun,” says Sadler. “It reminds us to not put pressure on ourselves to do something at someone else’s pace, and if it ever does feel like that, and it certainly has for me at some points, just to take a step back and remind myself of what is actually the priority.”