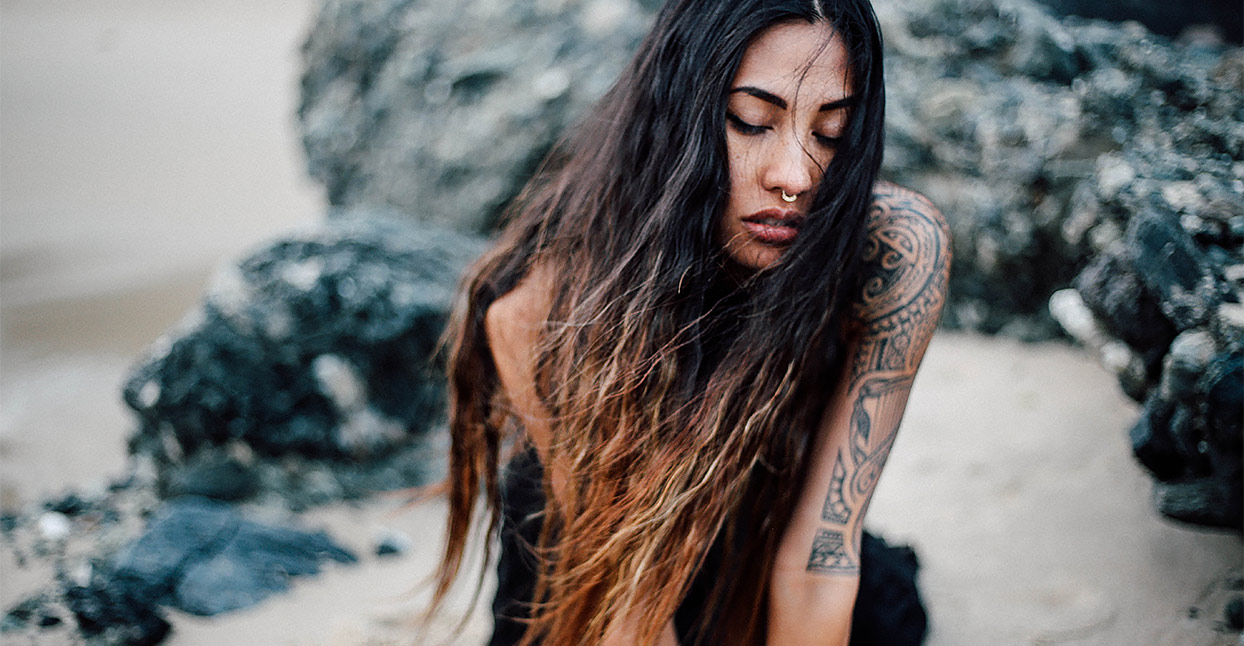 One night two years ago, Angelica Lopez was in the middle of a deep sleep when she heard the name “Elohim”—a plural noun for God in classical Hebrew—repeated aloud three times.

The encounter didn’t exactly come out of nowhere. The Los Angeles harpist was in the midst of a self-described “spiritual evolution,” but her final destination wasn’t yet clear. The daughter of Filipino immigrants, Lopez—who records under the name Low Leaf—was raised Catholic, but had distanced herself from the religious roots in her teen years. After the dream, she was eventually given a copy of The Bible by a friend. Inside was a highlighted Psalm—it was Psalm 57:8, which reads, ‘Wake up, my heart! Wake up, O lyre & harp! I will wake the dawn with my song.’ The words resonated with Lopez, and became the foundation for her new studio album, Palm Psalms: A Light to Resolve All Darkness.

The album is Lopez’s most ambitious effort to date, eschewing the electronic foundation of her previous work in favor of live instrumentation that highlights her formidable songwriting ability. The results are deeply divine: Delicate harps blend with strains of folk, blues, and hip-hop. The lyrics are contemplative, referencing meditation and the beauty of nature. According to Lopez, the album is meant to be a seed of “light, hope and compassion.”

That midnight epiphany two years ago wasn’t Lopez’s first encounter with the supernatural. In 2010, she went to a desert outside of Los Angeles with a friend named Katie, and watched her be “free and in tune,” unconcerned with societal expectations. “That was the moment that first shattered my ego,” Lopez recalls.

After the desert experience, Lopez went home and wept. She realized that she cared too much about what others thought of her, which had hindered her spiritual progression. That weekend was “the spark that shifted everything,” the first of many profound realizations that taught Lopez how to let go and accept her “right to be and live free.”

The 13 songs on Palm Psalms were fleshed out from simple voice-and-harp demos that Lopez had accumulated over the years. She was initially dissatisfied with the results, until she visited The Philippines in early 2015, where she shared some of the demos with Paolo “Pasta Groove” Garcia, a local producer based in Quezon City. Garcia convinced Lopez to let him record some local musicians to flesh out the songs. The result inspired Lopez “to make a record rooted in live instrumentation.”

Armed with multiple takes from various musicians, Lopez sat in her home studio and used Ableton Live to “extract the gold” from each. In the end, Palm Psalms features a host of artists from both The Philippines and California—bassists, drummers, clarinet and string players.The result is an album guided by feeling as much as musical logic. “I produced it all, with my arrangements, and to my liking,” she says. “[The musicians] recorded their essence, and I used that as the source material.” The dexterity of the songwriting and the complexity of the construction offer a picture of a young musician in full control of her instrument, her voice, and her vision. The album’s lyrics highlight Lopez’s personal epiphanies. She ponders inner peace on the skittering, piano-led “Psychlez,” and dissects the concept of surrender on “Protons.” The percussive “Latent Bliss” is a plea for patience and peace of mind.

Taken in full, Palm Psalms is a document of Lopez’s trek to the light. Two years ago, she was hungry for truth. Now, she’s celebrating the answer. “It’s like there was a part of my soul that wanted to remember something I’d forgot coming into this life,” Lopez says. “I’m not so much searching for the creator anymore, because I feel the presence is just with me every single day. I see it everywhere and I feel it all the time.”