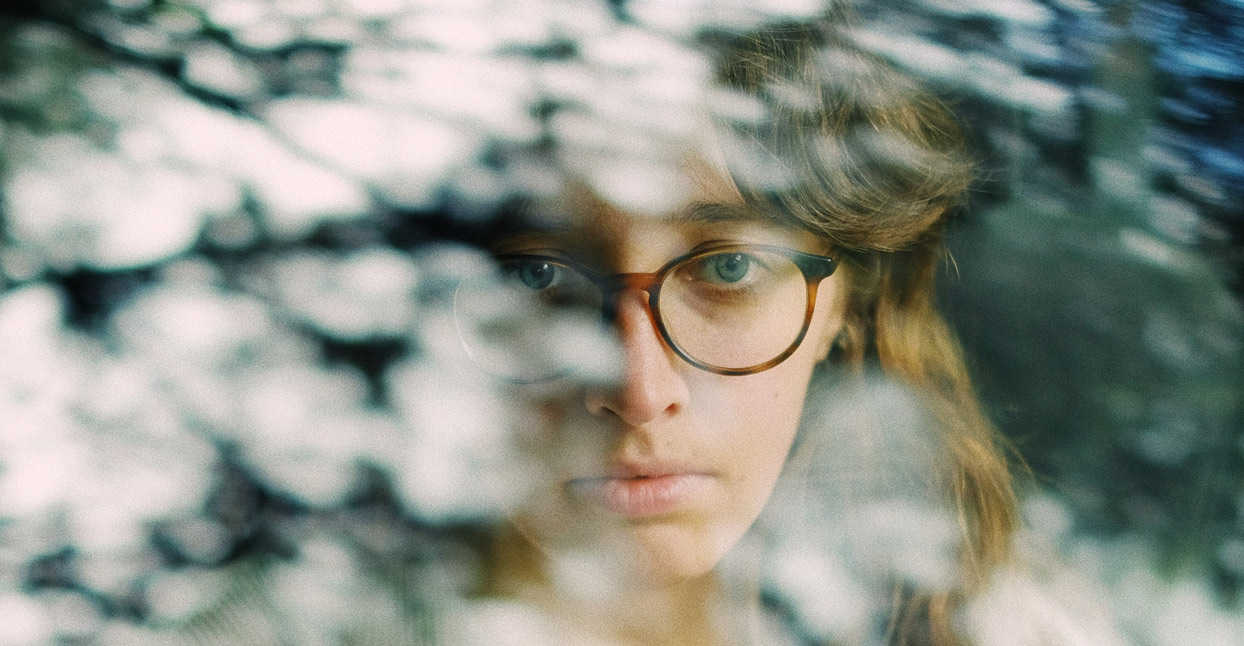 Lomelda means “echo of the stars”; that’s the definition Texas native Hannah Read assigned to the made-up word she used as her moniker when she began releasing her music in high school. It’s a paradoxical term at its core, based on a real impossibility (as sound cannot exist in space), but its significance colors Read’s lyrics. On her upcoming sophomore record, Thx, Read shares countless moments of profound sincerity and vivid speculation that never fail to dig deeper at the very importance of the word “lomelda”: being heard, even when circumstances dictate otherwise.

As an album, Thx acts as Read’s testament to geographic and emotional space as it influences and undermines our closeness with others. On the record’s first single “Interstate Vision,” Read fearlessly delves into the complexities of growing close to those we love. Passionately pleading through the chorus, “Can you feel me now? / Do you know me yet?” Read sounds like she’s crumbling under the weight of each line.

As she weaves her way through each slow-burning track, every thoughtful remark and mesmerizing melody shines through unafraid, allowing her to pull her audience closer—a magnetic intimacy that Read has honed for years as a musician. On Thx, she reflects upon her life not as some sort of attempt at personal catharsis, but rather to forge a connection with her audience and to understand the commonalities in our vastly differing experiences.

We spoke with Read about the experiences that led to Thx, how her sense of space influenced the record, and the insights she’s gained from the process.

In many tracks on the new record such as ‘Out There’ or ‘From Here,’ you tackle the intricacies of space, both geographically and emotionally as it affects your relationships with others. What led you to explore these themes now in your new record?

This is something that I’ve thought about for my whole life and I don’t think I’m over it yet, even though I’ve made a bunch of music about it. I’m still learning about the space between people and what it means to be ‘close.’

I read one review of a song of mine recently and it talked about this ‘existential dread’ that seems present, and I thought that was interesting because usually that is associated with this problem of death and dying; with dying being this ultimate fact of life—that it is the only one we have and [that] a lot of people try to ignore. For me, that makes a lot of sense because these songs are about what I think is a fact of life that people try to ignore: you’re only ever going to be you, and as close as you can get that other person, there’s still space between you, there is always going to be distance there.

What’s really nice about the record is even though you are talking about this space between people, your record seems to thrive on trying to close that gap between you and your listeners. There is such a sense of intimacy there. Was this something that you purposefully paid attention to while making Thx?

Oh, definitely. With the content of the songs, I was trying to be as straightforward as I could be and that’s a whole other thing—writing songs with words and being bound by those meanings and interpretations. But also, I wanted to get at that closeness in the production of the record. By the way we recorded the vocals, the way we recorded everything and mixed everything, was to make you feel physically close to the performance. It was definitely intentional.

It’s an interesting juxtaposition to compare Thx with your first album Forever from 2015, which you’ve described in the past as having the goal of inducing nostalgia, a ‘going home for Christmas kind of feel.’ On Thx, you seem to be moving away from home and attempting to find solace in other places or people. Was this change something that you deliberately put into the record?  Or was it simply mirroring changes within yourself?

With Forever I was thinking very particularly about certain places. On Thx, the common denominator is…more of a personal [but universal] perspective. I’m still talking about places, and some songs more than others do have more geographic connections. [Thx] is about you and me and space, more than a town, or a house, or a highway.

Yeah, I guess that does sort of just reflect my life and my actual day-to-day. And also just the thought of wanting to approach my experiences without manipulating them into some future thing and just let them be what they are. That’s a lot of the moments that I was trying to capture in these songs.

I feel as though this leads into what might be an overlooked theme in your record, stability. In many songs on Thx, you speak of the feeling of being unsteady. In ‘Nvr,’ ‘Never been so unsteady, I could use a hand,’ or in ‘From Here’ you sing, ‘I need forgiveness / I need good steady hands to push me around again.’ Stability comes in many forms, and so I was wondering where this theme was coming from and what type of steadiness you were looking for on this record.

Yeah, on both those lines that you mentioned, I use the images of hands: one being about time as in hands on a clock, and the other being more physical, human hands and [although] I’m making these sound as though these are two different things, I think you’re right that both of these lines are a search for stability.

It’s really important to be stable in yourself and have some sort of identity that’s stable but that’s not everything; that’s not the whole picture of life. We are always interacting with people and places around us, no matter how isolated you feel. So, I guess the unsteadiness is just coming back to that closeness, that distance between you and me and that relationship I was trying to figure out on this record.

Were there certain doubts that you had while recording?

Yeah, I’ve seen that people work differently than I do. I listen to my progress against other things that I really like but sound very different. So, just allowing myself to do it the way I like it and the way I want it to be instead of just making it fit better on a playlist. It’s important to me and I think that pretty much all of my decisions to make Thx as accessible as possible because that’s the whole goal, that’s the whole idea behind the record: to be open and get close.

So to just fully trust that you know what you’re doing.

Yeah, also just trusting that if I like it, then other people will too. Or if I can hear it better if I take out this or add this then that will come across to other people as well. Or even just a matter of, in this performance, I didn’t convey this emotion and trusting myself that I need to do that again, even if it’s going to take another day, or two days, or a month—those sort of decisions. And even down to the fact that I wrote these songs that are personal and about me and trusting that it could mean something to someone else. That’s the only reason to put it out and not just send it to my dad and my friends.