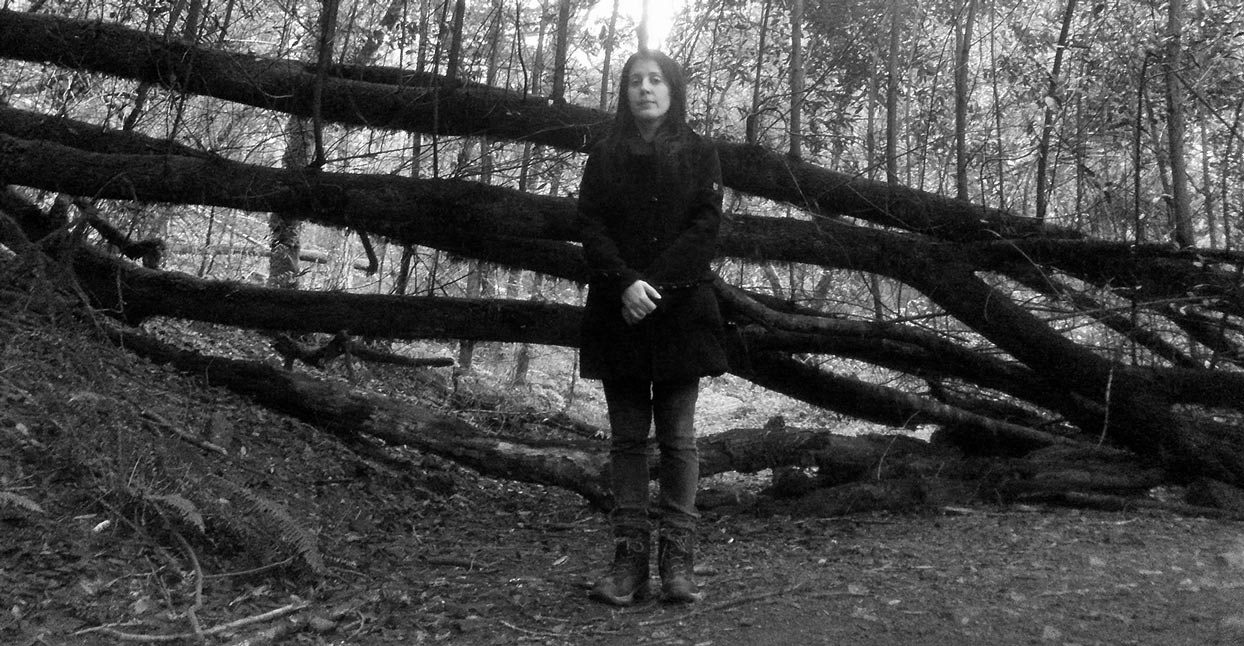 The opening track on Leila Abdul-Rauf’s third solo album, Diminution, feels like the aesthetic midpoint between depressive Danish post-black metal artist Nortt and meditative Norwegian trumpeter Arve Henriksen. Heavy, spaced-out piano chords ring out like field recordings from a haunted house, as a trumpet, swathed in effects, croons softly in the background. It’s about the last thing you’d expect from the guitarist for the sex-obsessed death metal band Vastum, or the proggy trad-metal act Hammers of Misfortune, to name just two of Abdul-Rauf’s other projects.

Indeed, Abdul-Rauf herself admits that finding a throughline in her work can be tricky. “If there is one, it doesn’t seem to be obvious to most listeners; fans of each band or project tend not to overlap with each other much—or at all. One central quality might be beyond the music itself and more in its atmosphere and delivery: a melancholy or an enveloping darkness.”

Several pieces on Diminution feature Abdul-Rauf’s vocals—soft, swathed in reverb, and occasionally buried in the mix. Individual phrases—“flowing down,” “numb to the emptiness”—may rise to the surface of the blown-out, vaporwave-ish shimmer, but she also keens wordlessly at times. More often than not, the words disappear, becoming just another sound. It’s often difficult to pick out which of the ringing, droning, atmospheric elements in pieces like “Abjure” or “Hindsight” come from her guitar, and which come from something else. Abdul-Rauf seems to like taking sounds and warping them beyond recognition.

Though she is originally from New Jersey, Abdul-Rauf is a longtime resident of the Bay Area. The artist’s life is a tough one anywhere, but the hypercapitalist tech bubble and the rent crisis it’s created in San Francisco has the potential to really fuck with a person’s head. Still, she perseveres. “Unless you’re wealthy, there is no escape,” she admits. “We make art in spite of it, with what little time and energy we have left over from our jobs and commutes. Having plenty of quiet solitude and free time to create is a luxury of the privileged, which was not necessarily the case decades ago if you lived in an affordable place. But I make do with what little downtime I have, even if it’s just eight hours a week of time to work on recordings at home or going to my practice space. I make those hours really count.”

She adds that the Bay Area “is still some of the most beautiful and unique natural landscape I’ve ever seen and that has absolutely influenced my work, especially my solo work. The haze and chill of the fog, the violent Pacific Ocean, the smell of the flowers that bloom year-round, the massive redwoods…it’s important to overlook the flaws sometimes and take in the beauty.”

One of the most beautiful pieces on Diminution is the sixth track, “Self-Recognition,” which begins as a kind of dense, shifting throb that’s like a 1970s Tangerine Dream album heard from the bottom of a pool. Then, a barely audible whisper emerges, covered by a second, wordless voice. It’s like a cross between a meditation soundtrack and an ASMR YouTube video. And it’s probably the first-ever piece of music by anyone metal-affiliated to carry a dedication to the late Pauline Oliveros, a composer who championed “deep listening,” which involved hearing not just the music being performed in a space but also the acoustic space itself and extra-musical noise.

“I never met or knew Pauline personally, despite her having lived in the Bay Area, but she is a continuous creative and intellectual inspiration to me,” Abdul-Rauf says. “I pulled out her book Deep Listening after she passed away and it happened to be sitting on my nightstand when I was playing back a piano recording of mine in reverse. I felt enveloped by the swirling motion of the piece, and then had a sudden urge to open to the first page of the introduction, subtitled ‘So what is consciousness?’ Perhaps I was experiencing ‘deep listening’ on an experiential level for the first time in my own composition: the piano sound, the space and acoustics of the room, and my body absorbing the sound all connected to create an inseparable, complete, and transcendent experience. I pressed record and started reading aloud but quietly. I decided to title this track ‘Self-Recognition,’ which was inspired by the last few lines of that first page, ‘Consciousness is acting with awareness, precision, and memory…In this way, one has self-recognition.’”

Oliveros was also interested in the ritual aspects of music-making and musical performance, and metal bands are nothing if not ritualistic in their live approach. There’s little or no improvisation; every fan knows when to pump their fist, and when the chorus is coming. But Abdul-Rauf says that dividing her time between multiple projects has, if anything, increased her appreciation for that mindset.

“Every genre has its compositional and performative limitations, whether in instrumentation, composition, space, volume, or audience response,” she says. “I felt the most stifled when I was playing in one metal band and had no other outlet. Burnout was inevitable. Once I started working several projects simultaneously, I couldn’t go back to just doing one. It was at that point that I appreciated the repetitive and ritualistic aspects of playing live in metal bands: there is a bonding experience that happens between audience and performer through the sameness that is comforting.”