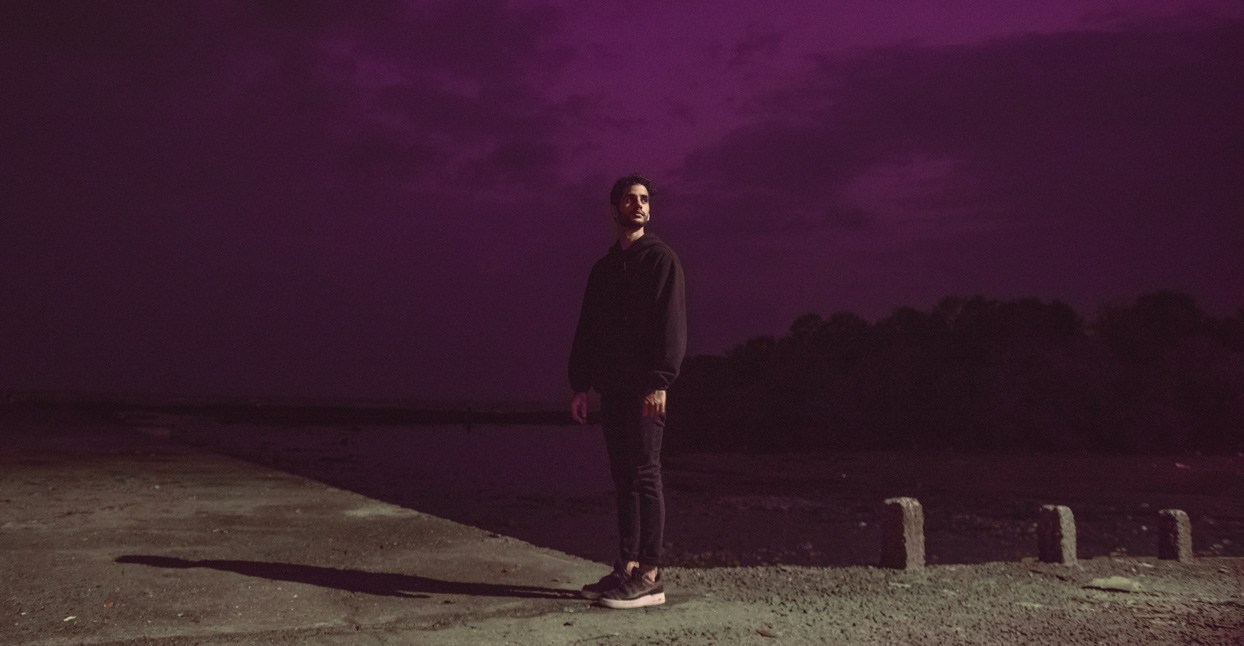 When Kumail Hamid found himself suffering from a cycle of anxiety and sleepless nights, the 26-year-old Mumbai-based producer and singer took sanctuary in late night recording sessions. Nestled away in his bedroom, Hamid says the songs he crafted were originally intended to reflect a “night time post-apocalyptic funk world.” His newest album, Yasmin, is an exquisite mix of intimate hip-hop-influenced modern soul, warm bass lines, layers of dusky melodic keys, and snug drum patterns.

Yasmin took Hamid a couple of years to finish, subtly changing form along the way in a way that mirrors his own musical development. He became interested in creating music after hearing Ninja Tune artist Eskmo’s “Cloudlight” song. “I didn’t even know music with a sound design like that existed and that’s how I got into the more offbeat, wonky beat space,” he says. After experimenting with ambient melodies—including 2016’s minimalist Links, which includes infusions of guitar and harmonica—Hamid became heavily inspired by the progressive Los Angeles beat scene, especially the way the artists Knxwledge and Mndsgn flipped old soul records into fresh hip-hop productions.

Exploring the annals of soul music and deconstructing the way classic songs were composed prompted Hamid to “do better with my theory and start practicing the keys so I could eventually start making music like that.” Hamid took a trip to Istanbul to seek out a vinyl record store he’d heard Stones Throw label head Peanut Butter Wolf had visited on a crate digging mission. “I asked [the owner] to show me everything that guy listened to,” Hamid says. “He was just throwing funk records at me, old African jams, and that’s where I found so much of this music I’d never heard before that contributed to Yasmin in so many ways.”

One of the records Hamid secured in Istanbul was “Olatano W’intye So Du S’afrika,” a lilting, acoustic guitar-helmed 1976 Afro-Cuban jazz track by the Gabon-born musician Pierre Akendengue. Hamid sampled parts of the song’s mystical refrain for “Obota,” which appears on Yasmin, after being cleared for use with Akendengue’s blessing. But after Hamid handed in a full album to his label, the Brooklyn-based Bastard Jazz Recordings, he was told the rest of the samples he’d used as the basis for his songs were too hard to clear. “I was upset ’cause I’d put so much time into the record that, to me, it was done,” recalls Hamid. Out of legal necessity, Hamid was forced to reconstruct his songs from scratch, this time recreating the samples by playing them in his own style. Despite delaying the album’s release, Hamid says, “It worked out for the best and I think it sounds way better now.”

The final version of Yasmin benefits from a deliberate audible layer of static and fuzz that coats many of the instruments, as if Hamid’s sampled a stack of dusty old soul records as originally planned. On the tracks, Hamid sings in a hushed falsetto that sinks into the songs. Guest appearances include Sid Vashi on the syrupy future funk-styled “Ease Up,” and Azamaan Hoyvoy, who appears on the aforementioned “Obota.” Hoyvoy describes the track as being “lo-fi, weekday type beats and sounds,” and says, “The fun part about working with Kumail was that it’s at his place, his own personal studio, so we’re free to sit and jam out whatever needs jamming out.” The rapper Pink Siifu also passes through on “Same Shit,” where his tranquil flow matches the luminous synths that weave through the track. “Kumail asked me to get on this and soon as I heard the beat I recorded it after,” says Siifu. “My verse [is] about how the same shit happens all the time—in every way it’s always the same shit going on. [I’m] just happy to see it all going on.”

Yasmin comes to a close with “Bugsbed,” a song which subtly lifts its melancholy mood by introducing streaks of more optimistic and blissful-sounding synths. “I had a lot of anxiety issues while making this album and a lot of people always tell you to talk about it, so the whole process of me writing this album was me talking about it in a way,” Hamid says. “I don’t know if I’ve overcome the anxiety, but since making Yasmin I’m definitely feeling better.”