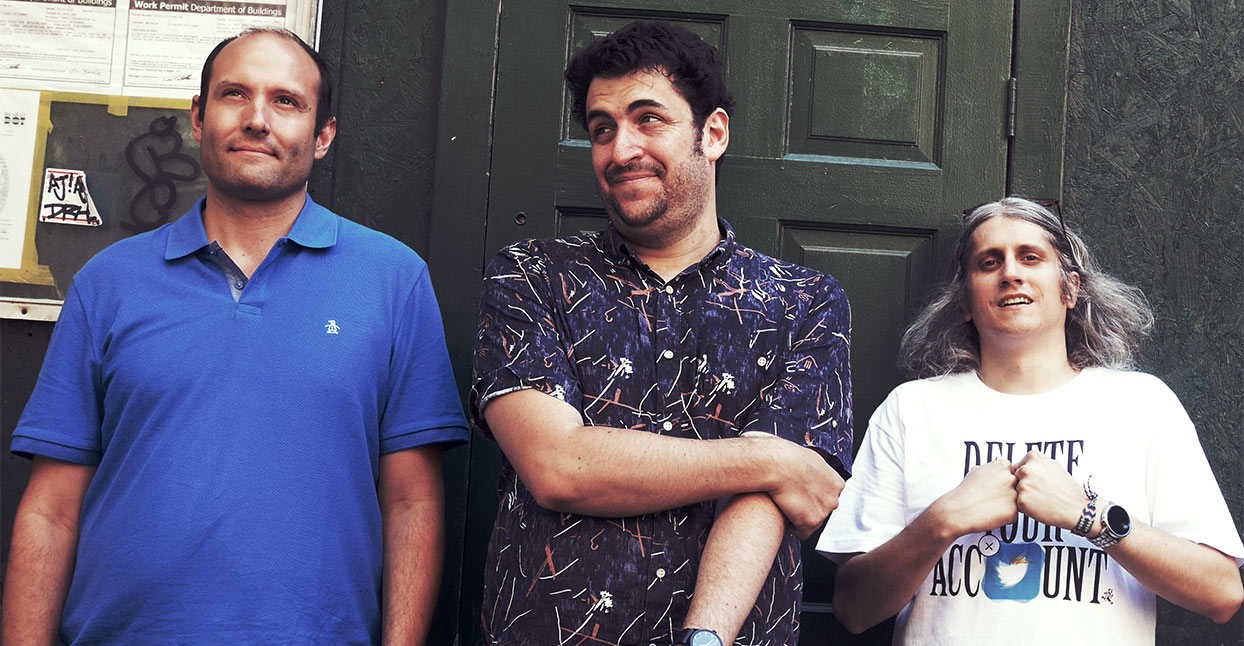 Graham Smith understands the power of comic memes, those hard to pin down, but instantly recognizable (and often hilarious) .jpeg signifiers of the social media age. As the mastermind behind the prolific Brooklyn-via-Chicago indie rock outfit Kleenex Girl Wonder, the 37-year-old musician spends the bulk of his time probing into (and poking fun at) the world around him by way of lo-fi power-pop that, however formalist its construction, derives its strength from the same wellspring of ephemeral, carnivalesque energy as Kermit sipping tea. That proliferative streak—1998’s Ponyoak, a perennial contender for one of the decade’s most underrated rock efforts, includes over two dozen songs—is evidenced in his ability to keep on firing off a seemingly endless string of lyrical Mad Libs with confidence and panache.

2016 marks Kleenex Girl Wonder’s 20th anniversary, and Smith is celebrating by releasing his self-proclaimed opus, The Comedy Album. Boasting 26 songs and a running time that’s well over an hour, the record ramps up the band’s intensity on both musical and conceptual fronts: in addition to the usual Guided By Voices-style singalongs, there’s glitch-hop (“Gematria”) and bass-heavy trap-style rap (“W.S.”), not to mention odes to HBO stars (“Like Lena Dunham”) and New York City publishing (“Fuck The New Yorker”, “I Love New York (Magazine)”).

We caught up with Smith to discuss the new record, comedy in the age of the internet, trolling members of the Mountain Goats on social media, and more.

There’s a long-standing belief that comedy is our primary means of dealing with tragedy. I feel like this year, we need to laugh more than anything.

You think of something like Trump, where it’s like… if you were looking at it on the surface from four years ago, you’d think maybe there were three or four jokes that could be made. But the reality is that it’s actually very fertile ground, right? I mean, you also have the means of distribution, which have changed. I’m thinking of Twitter, primarily—the use of Twitter is crazy compared to where it was four years ago. It was very much a niche thing, and now everybody’s gotten more comfortable with it. At the same time, it’s not always just jaded distancing humor. There’s a good way to use humor to get good ideas in people’s minds.

I’ve always had a compulsion to be funny. I don’t think that’s unhealthy. I had this epiphany maybe two years ago where I used to assume the number of types of things that could be funny was fixed. But then I was like, ‘No, that’s not the case; things that were funny 40 years ago may go away, but 10 times more different types of funny things have occurred, and that number keeps growing.’ It’s a valuable skill everywhere, too. You have to get your points across, but making people laugh is a way to have people empathize with you.

If comedy is so important to our lives, why do you think ‘comedy music’ has gotten such a bad rap? Weird Al’s won plenty of Grammy’s, but it’s almost as though once you go that route, you’re stuck in the niche without any hope of escape. The art gets held to a different standard.

Most comedy music tends to be comedy mainly for the purpose of comedy, with the bare minimum of musicianship that needs to be present in order for it to qualify as music. Mark Kozelek pops into my head as a relatively good example, where there’s humor that happens all the time, but it’s not all about humor.

If you’re going to tell a joke, just tell a joke; Why does it have to be set to music? Also, the rhymes are always really forced, and the jokes are usually really forced, too, because there’s this certain attitude where you’re trying to make sure people realize it’s a joke. Like, let people figure out what’s funny or not, and don’t be afraid to have some jokes miss, you know? I have lots of lines in my songs that I think are hilarious for whatever reasons, but there are plenty of people who won’t get that, and that’s fine. You don’t have to necessarily land everything.

So Weird Al is parody music is different, kind of. That’s the most popular kind of comedy music, but honestly, Weird Al’s pretty good. It’s kind of forced, and I’ll take it—that’s part of why I like it. But you have this cheap-joke kind of music that’s just really bad, because it doesn’t really know what it wants to be, so it doesn’t really succeed.

Nobody has an album of stupid funny songs as their favorite album of all time. It’s also probably not the funniest thing they’ve ever heard. It just exists, but it doesn’t really work. I don’t think it’s audacious enough, is the short answer.

Speaking of audacity, what’s the deal behind “W.S”, your trap-rap experiment on the album? It’s remarkably different from anything you’ve done so far?

So that was produced by The Hood Internet. I saw something that [The Mountain Goats’] John Darnielle wrote about Amy Winehouse. I don’t even remember what it was, but it was something really sentimental about Amy Winehouse. I was like ‘What are you…?’ It’s fine, but it was just really weird. I was like, ‘Oh, he’s dead to me now.’ And then I was like, ‘What if I wrote a song that was from the perspective of someone giving a funeral oration at John Darnielle’s funeral?’

Originally the first word of the song was ‘Johnny.’ Then, I was like, ‘That’s too much of a conceit’— and also, I don’t want anyone to think that I want John Darnielle dead. I want him to live a long and healthy life. I don’t actually have a problem with him. So I cut it out.

So I wrote that song, and I hit upon the idea of using outside producers for a number of reasons. I was having problems recording, and I also reasoned that if other people produced songs, it would save me time, and the songs would sound cooler to me. No matter how much I like a song I write, I never really like them as much as songs written by other people. Using the power of the internet, I broke into a rap studio.

Hopefully he doesn’t unfriend me on Facebook. I made a joke on one of his Facebook posts the other day, and I got an uneasy feeling from his response. I think it was in good fun, but he doesn’t know who I am. I kind of act like we’re friends on Facebook, but I bet you he has so many people like that. ‘I’m a fellow musician man, I get it.’

There are lots of songs about New York on the album, too. On “Fuck The New Yorker”, you make a reference to Sasha Frere-Jones…

“Fuck The New Yorker” was the first song that I wrote [for the album], in like 2012. By the time we had wrapped up the album, they had moved offices and Sasha Frere-Jones was long gone. That song was basically…I referred to it even at the time as a ‘trite-off’: a dumb joke. I put it together; after I’d written it, I was like, ‘Well, maybe this will be the way I’ll get mentioned in the New Yorker.’ It seems like a weird tactic to try to get mentioned in the New Yorker, but it is a tactic.

Do you think you’ll get a Girls cameo after “Like Lena Dunham”? What was the inspiration for that track?

It started off being based on a real story, and then it goes off the rails in what I think is a good way. I was in Barcelona for Primavera and I was single, trying to do single things. I was talking to this girl who kind of looked like Lena Dunham, and then Fucked Up started playing, and I got a concussion, and never saw her again. I went and told these Spanish girls who I was staying with that the girl looked like Lena Dunham, and they went, ‘Who’s Lena Dunham?’ For somebody living in New York, whether you really have an opinion or not, that’s a difficult thought to wrap your head around. Everyone knows who Lena Dunham is; anyone who reads anything in New York, or America, knows who she is.

So I started, and then I was like, ‘Well, why did I care that she looked like Lena Dunham?” … I feel like at the end of the song, there’s a good pro-Lena Dunham message. I think it’s a defense of why she’s a valuable contributor to society.