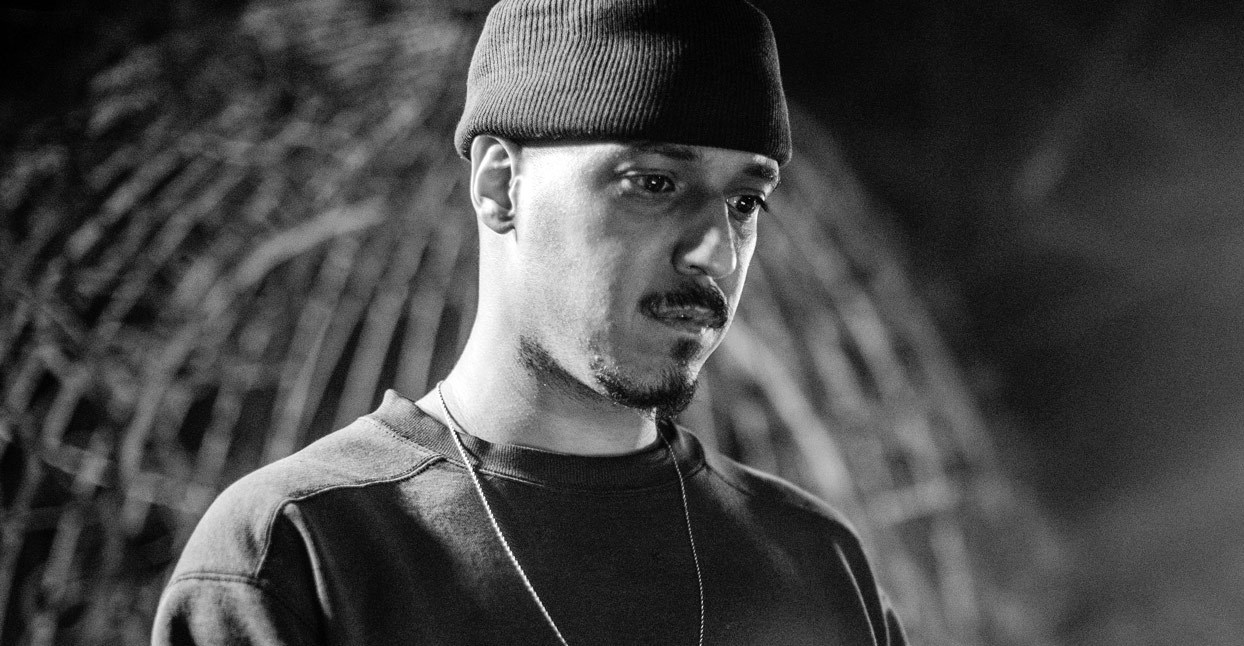 If you were forced to describe Kelman Duran’s unique production style, a phrase that you might land on would be “deconstructed reggaeton.” It’s a genre that Duran informally, unintentionally pioneered; his music cuts through the frenetic, fast-paced energy of popular reggaeton to reveal the addictive rhythms below it. Duran, who grew up between the Dominican Republic and New York City, now splits his time between Los Angeles and the Pine Ridge Indian Reservation in South Dakota. His work is a product of his life: he draws from the loops he finds in reggaeton, the ambient sounds he records at home or while on tour, and incorporates more unusual source material, like historic speeches to create an amorphous, hypnotic sound.

On his latest series of EPs, familiar songs splinter out into echo chambers, losing form as they are propelled by dramatically altered rhythms. Duran seeks to manipulate the experience of time in his work; he changes reggaeton’s familiar sound by slowing the tempo, accelerating vocals, and stretching the melodies into hazy shapes. “[Environment] dictates how you view time, and the kinds of sounds that come out of you,” he says. “In New York the loops are short, but here [in Los Angeles] they can travel faster, and farther. Where people live dictates the energy that they put out.” Though reggaeton forms the backbone of much of Duran’s work, he is quick to note that the genre belongs to a diaspora of African, indigenous, and Latinx influences. By disassembling and rebuilding it, he offers new interpretations of its most popular refrains, while paying homage to its origins.

With his 2017 release, 1804 Kids, Duran located himself firmly within the reggaeton tradition, releasing tracks like “6 De La Mañana” and “Solos” to widespread acclaim. And while his popularity has grown, Duran’s music remains uncompromisingly his own. He’s firmly committed to his principles and his art, a stubbornness that he laughs at. “I think I am sometimes too hard-headed for my own good,” he says. “But really, I’m a romantic and an idealist. love music, because it feels present and tangible.”

Duran constantly reinvents himself in his work—he mentions being worried about “falling into normativity”—and part of the reason he has moved into more abstract terrain stems from a desire to, “step away from [his own] tropes.” His last album, 13th Month, uses sounds from his immediate environment—recordings of a choir performing in Denmark, or the sonic landscape on the Pine Ridge reservation—and draws its inspiration (as well as its title) from indigenous customs. 13th Month is a reference to the Lakota Nation’s 13 moons calendar, a measure of a year that follows the moon cycle, rather than the Western 12-month calendar. While living on the reservation, Duran made films comprised of historical and contemporary footage of Native American life in a nation built on stolen land; the films were informed by a “subconscious” conversation with the music he produced during that time.

On Duran’s upcoming album, A Dark Energy—named for the term that scientists have used to describe the cosmic forces that hold galaxies together—he revisits the spiritual and intellectual themes he explored with 13th Month. Cosmologists haven’t been able to explain the phenomenon of dark matter, making it a fittingly elusive concept for Duran to grapple with, considering his own tendency toward the abstract. In our conversation, he returns to the word “zeitgeist” over and over, reaching to articulate a universal feeling—something that’s hard to pinpoint, but feels material, imminent, urgent. “People our age are feeling a disorientation, a disjunction with the time we’re living in, and where they see the world going,” he says. “I don’t always know how to translate this [feeling] into my music, but I’m always trying.”