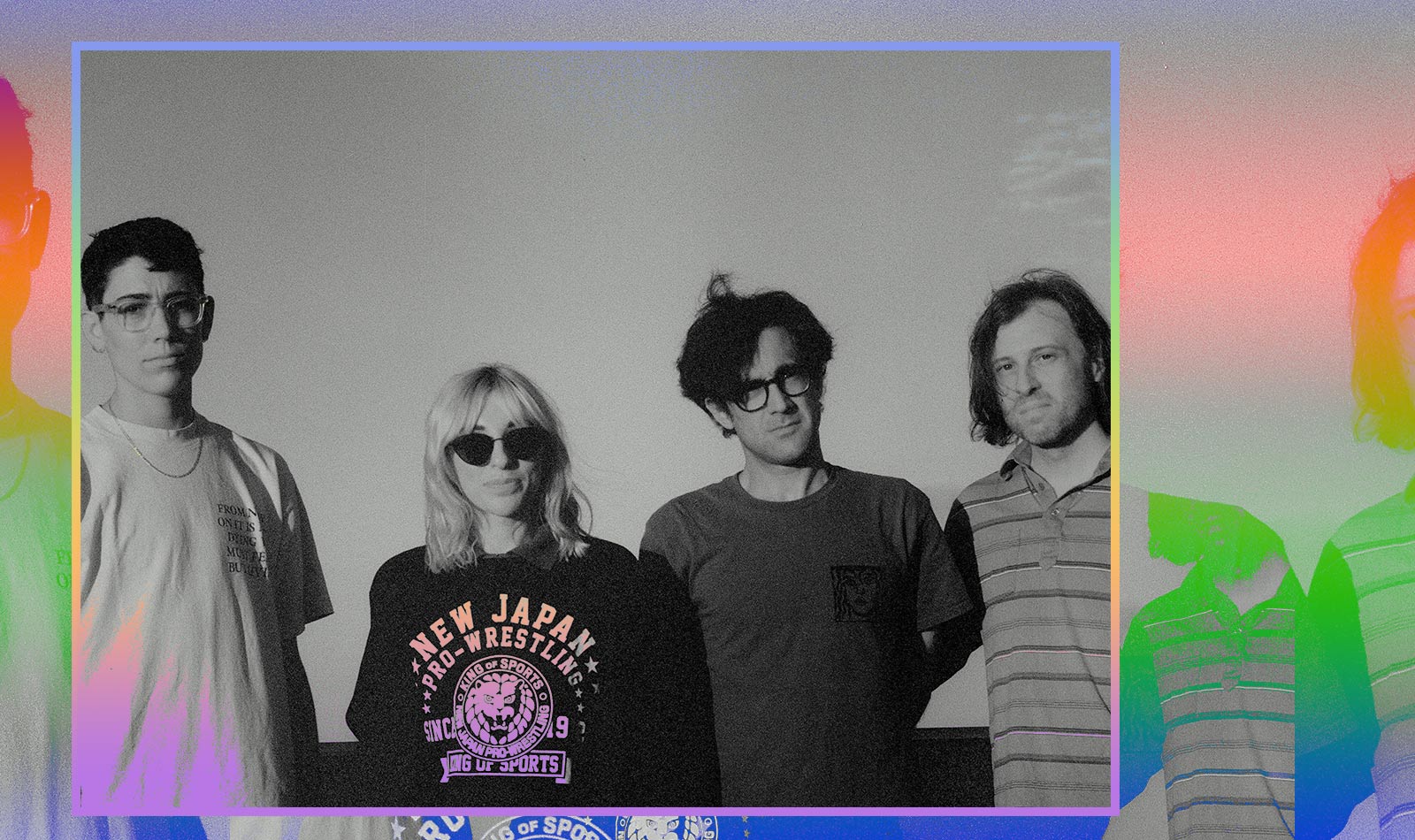 When Brooklyn-based musician Kate Meizner came of age in the early ‘00s, pro wrestling was at its cultural peak. It played incessantly on home television sets like an ambient room tone; wrestling video games lined the shelves at rental stores, and entire families gathered on weekends to watch Pay-Per-View WWE events. But it wasn’t until Meizner was an adult that she developed an appreciation for the subculture: its physical toll, the skills of its performers, the theatricality, and the drama.

Meizner, who was already playing in bands at the time, began seeing links between herself and the wrestlers she was watching. “When I was touring a lot, I would think, ‘Wrestlers are doing the exact same thing as me. They’re dressing up in their little outfits, driving eight hours to provide people a half hour of entertainment, getting paid shit, and not having any health insurance,” she says.

While flipping through a glossary of wrestling terms at an old apartment, Meizner came across the description of a “jobber”: a wrestler who is booked to lose in order to make the superstars look good. Night after night, jobbers travel city to city for little money just to get squashed, battered, and humiliated. Meizner saw jobbers in every industry. “It’s this tragic concept of a figure who is just paid to lose to make other people get rich and look good,” she says. She knew on the spot that it had to be the name of her next band.

Jobber began as a simple songwriting exercise. Meizner decided to try creating wrestling entrance themes, songs that would play while a wrestler strode up to the ring before a match. For a baby-faced good guy, the theme had to be brighter and upbeat, while the music for a villainous heel—the nickname for a bad guy in wrestling—would sound heavier, with minor key menace. It became an opportunity to explore genres that Meizner, who plays in The Glow and Maneka, hadn’t before. She and drummer Mike Falcone, previously of Speedy Ortiz and Ovlov, took inspiration from late ‘90s WCW and WWF entrance themes that “essentially took popular Pearl Jam or Nirvana songs and flipped around a few chords in low-fidelity.”

Jobber’s debut EP Hell In A Cell channels that energy across five tracks that draw on, generally, Loud Guitar Rock: ‘90s Matador signees, old-school hardcore records, and even bits of power pop and new wave. Opener “Mankind” recreates the audio experience of an independent wrestling night in some shoddy smalltown arena as an announcer’s voice introduces Jobber amid a sea of boos: “I want you to know I’m listening, and I find your music disgraceful and distasteful! All of you are going down in hell in a cell!”

A swelling feedback squeal gives way to the stoner-grunge riffing of the title track, a phrase that expands Jobber’s labor allegories. Its double meaning is obvious but effective: wrestlers put their bodies on the line, breaking bones and tearing muscles, while workers in factories, offices, or the gig economy’s constantly-changing workplaces suffer brutally long hours, demanding workloads, physical injuries, and mental and spiritual wounds—all of it for poor pay in their own “hell in a cell.”

“No Holds Barred” was inspired by Meizner’s experience working for a Big Tech company. After studying Library Science in grad school, she worked first as a contractor, then as a full-time staffer for a company that exploited uninsured contract workers. After news broke that they’d sold their services with Immigrant and Customs Enforcement (ICE), Meizner quit. Nevertheless, the troubling dynamics she’d witnessed—the exploitation of poor gig workers alongside the complacency of well-paid tech workers who compartmentalized the dark realities behind their cushy paychecks—stuck with her.

Jobbers and musicians have more in common than you might think. Workers in both professions frequently endure cruel working conditions and struggle to make a living wage; any suggestion to the contrary, Meizner says, is often ridiculed. But, like jobbers and other wrestlers, musicians provide something we all want: art that enriches our lived experiences. “Entertainment is a service,” says Falcone. “It can tell you things about your life that you would’ve never thought of in the first place. That’s valuable.”

Wrestling, then, is the perfect place to locate a conversation about labor and music. It’s a dazzling, over-the-top art form that’s beloved and ridiculed in equal measure, where participants are critical to American culture but compensated miserably. For Meizner, respect for America’s overlooked workers and respect for wrestlers are the same: “I cannot overstate how much I look up to wrestlers and all they do, putting their bodies on the line to entertain us and make us smile.”