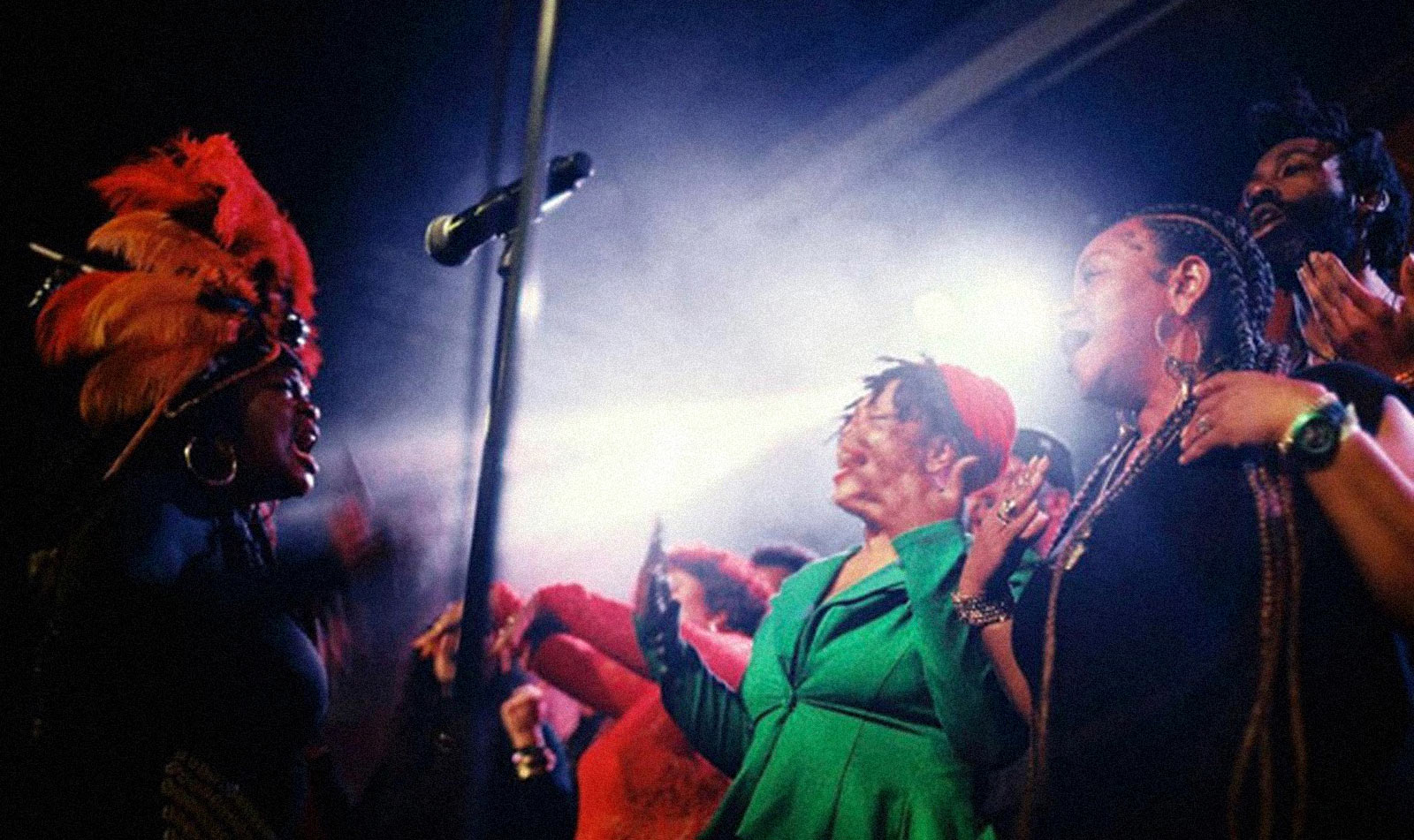 “Our voices are our healing tools that we all have, but we don’t use them in that way,” says Jimetta Rose from her home in Leimert Park in South Central Los Angeles. “We don’t try and sing ourselves happy because we don’t think we sound good, or we don’t think we should. So for me, it’s about freeing people and helping them to say, ‘No, I can sing, and I can make myself feel better.’”

These days, Rose has a strong foundation in L.A.’s independent music scene. She’s worked with the likes of Miguel Atwood Ferguson and Sa-Ra Creative Partners, while releasing solo work like The Light Bearer, which was produced by Georgia Anne Muldrow. But just as important to her musical journey was her local Pentecostal church, where she had been a youth choir director. In March 2019, she founded a community-based choir of mainly non-professional singers. The result is her spiritually charged album with the Voices of Creation, How Good It Is, led by Rose in collaboration with music director and organist Jack Maeby, with Qur’an Shaheed on piano and Allakoi Peete handling percussion. The album features three Rose compositions and three interpretations, including a soaring adaptation of Sons & Daughters of Lite spiritual jazz classic “Let The Sunshine In” and Roland Kirk’s “Spirits Up Above.”

In addition to her years as a choir director, Rose was also influenced by the community ethos of late jazz artist Horace Tapscott and his L.A. cross-generational Pan Afrikan Peoples Arkestra. “I was influenced by Horace even before I knew his name because I was going to the Pan African marketplace they have every year,” she says. “Horace and the Ark would perform at these festivals there, and as a kid, that just blew my mind. I actually didn’t realize the symmetry with my own work with the choir until recently. So I would say my vision has taken me to Horace Tapscott. That is what I’m about—community music. Horace Tapscott really understood that it can nourish us all, and I really believe that too.”

The South Central artistic village of Leimert Park, where Tapscott spread his message through communal jazz, has been central to Rose’s own creative journey. “Leimert Park is definitely a cultural reservoir and a jewel within the city,” she says. “I wanted to lean more into that village feeling—that’s really where the choir idea came from, through finding out about artists from the past who had that same vision. So it’s about trying to keep that alive and remind people of the ‘We’ rather than the ‘I.’ We need to make it for all of us.”

The Voices of Creation choir first started taking shape after Rose met Maeby at a Sly Stone tribute concert where they were performing in 2018. “I sang, and Jack played the organ,” she says, “and I thought I really like the way he plays and he was easy to get along with. So I asked him what he thought about starting a choir with me. He thought I meant gospel, but I said, ‘What if it was a soul and jazz choir playing original music because I have all these songs.’ And he was like ‘Yeah, let’s do it’.”

The project had been on her mind for a few years, but it would take encouragement from likeminded musicians to give her the confidence to pursue it. “In December of 2018, I went to Chicago, and that’s where I first met Angel Bat Dawid,” she recalls. “The ideas just became more real as I spoke to her. When I sang for her my song ‘Things are Getting Better and Better,’ she got excited and started singing with me. She was like, ‘I see what you’re doing with this’. And so I thought, ‘Yeah, OK I’m going to do this.’”

After arranging the songs and working on them with Maeby, Rose began reaching out to prospective choir members. “I put up on the internet that I was starting this choir, and that if you wanted to sing to heal yourself and others through music, get in touch with me,” Rose recalls. “Most of the people who came out for the first meeting are still the original members.”

Just one week before Los Angeles went into lockdown for COVID-19, The Voices of Creation performed at the World Stage in Leimert Park. It was only the second performance of the full choir, and fulfilled Rose’s dream of bringing her community music to the village that helped shape her. “It was a beautiful night, but we had no idea we were about to be torn about into pieces by this pandemic,” she says.

Months of isolation and fear led Rose to realize how the healing power of music was more relevant. Even in quarantine, she managed to hold the choir together. “We did a lot on Zoom, and then when the restrictions lifted, I figured out that I could break the members into groups of five and still have outdoor rehearsals,” she says. “We got stronger in having to adapt to the different changes.”

Of her own compositions, Rose cites “How Good It Is” as the most personal and poignant. Written as a mantra for living positively in difficult times, the song encapsulates what this project is all about. “I wrote that when I was still living at home and I was in my bedroom looking out the window,” she says. “It was just me talking to myself saying, ‘This is how you have to be. You have to live with your heart to open to love. It’s about finding joy and peace in the midst of whatever is happening around you. And that is what inspires me.”