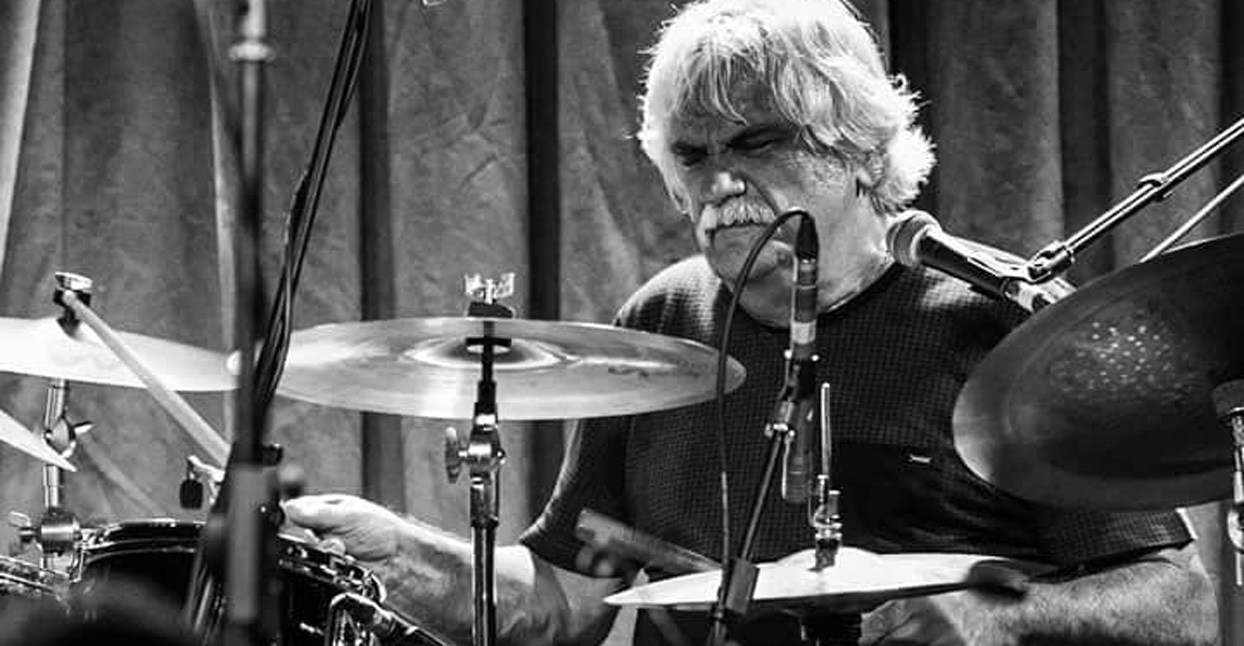 For the past 40 years, Ivan Conti has been at the heart of some of the most progressive samba music coming out of Brazil. Known affectionately as Mamão—which means papaya in Portuguese—Conti, the drummer for the legendary eclectic trio Azymuth, has already released multiple solo albums (throughout the ‘80s and ‘90s), and collaborated with the producer Madlib (as Jackson Conti). As the backbone of Azymuth, Conti took the traditional—and varied—stylings of Brazilian samba and mixed them with heavy funk and regional folk rhythms. This has become known as samba doido—or, as it translates to English, “crazy samba.” Now that Conti’s in his 70s, you’d expect his musical output to slow down somewhat. But that’s far from the case.

Enter Poison Fruit, Conti’s first solo album in 20 years, and the cumulative end product of several jam sessions over the last few years between himself, his son Thiago Maranhão, and some of their friends. “I recorded a lot of [Poison Fruit] at my house,” Conti explains over the phone, a warm Brazilian night buzzing in the background. “I spent two months in the house experimenting with microphone placement and drum sounds. I liked the sound I was coming up with. It was heavy! My son Thiago would come to my house and we would play a bunch of stuff, exchange ideas back and forth, and we would record it. He’s my producer now,” adds Conti proudly.

Productive—and fun—as these father-son jam sessions were, they weren’t necessarily intended for a specific album, that is, until Joe Davis of Far Out Recordings dropped by the house. “[Joe] really liked what we were doing,” recalls Conti. “He said we should take what we were doing and make it into a project. Six or seven tunes from the album I did in my house. The rest were in the studio.”

From start to finish, Poison Fruit is grounded in the various styles and influences that have defined Conti’s distinguished career. For example, third track “Encontro” is essentially a samba doido tutorial, featuring Alex Malheiros on bass and Kiko Continentino on keys (both current members of Azymuth). Another highlight, “O Ritual,” manifests as a percussion-heavy track backed by a New Age interpretation of a traditional samba groove.

While Poison Fruit is unquestionably based around the samba doido experience, the album partakes in stylistic ventures that skew modern and far-afield. Fourth track “Bacurau” has samba elements but is essentially a house cut; meanwhile, on the title track, heavy synth chords and a four-on-the-floor kick drum pattern keep the modern electronic dance feel at the forefront. Additionally, both the CD and digital versions of Poison Fruit feature four bonus tracks put together by some of today’s preeminent producers and beatmakers, among them IG Culture, the 22a crew, and Glenn Astro.

“The idea was to make songs that would work well for DJs,” says Conti. “I like, very much, what it sounds like when I’m playing drums alongside a DJ, with all the electronics. I think I have a good look for this album because of the sound.”

More than anything, Poison Fruit reinforces Conti’s willingness to paint outside the lines, and also grounds the connection to nature he’s explored on prior tracks like “Pantanal II (Swamp),” from 1984’s The Human Factor. “I play free,” he says. “I go out of a style and come back. This is samba doido. It doesn’t matter if it’s samba or a little bit of jazz. This kind of free-thinking is also part of how I think about nature. We have a lot of birds, trees, and forests in Brazil. Bacurau is a bird. Aroeira is a tree. This is an ecologist’s album,” Conti laughs. “For me, it was a fantastic experience to put this project together, and I’m so happy about it.”