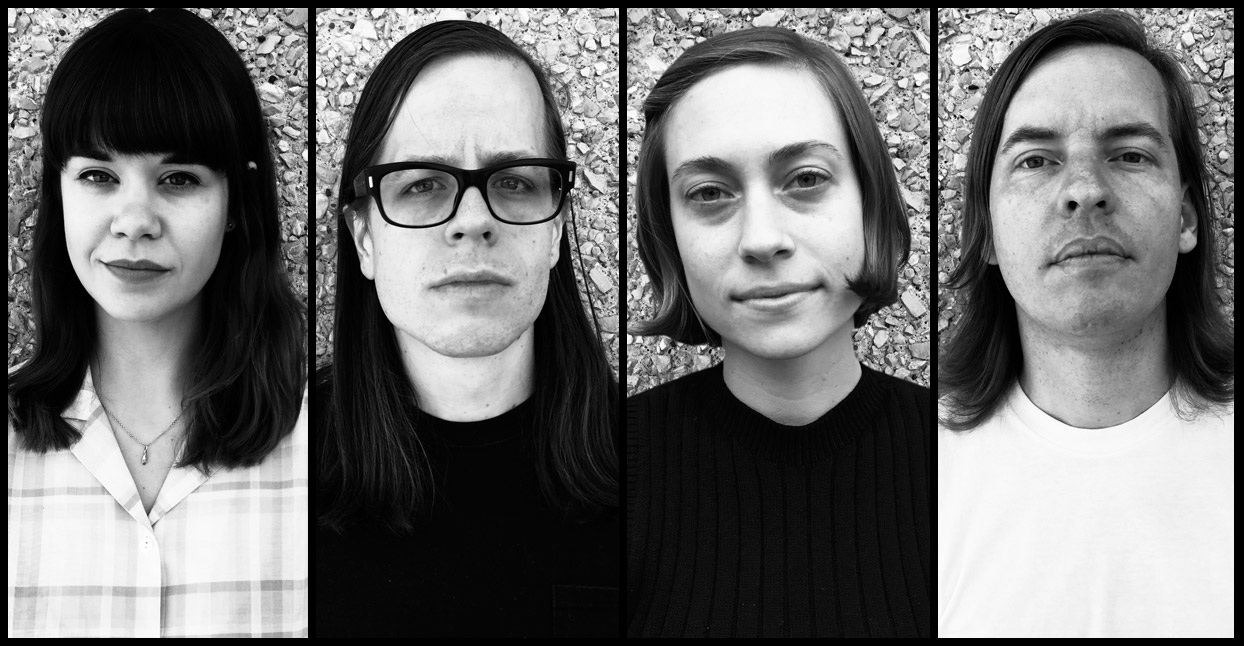 Fred Thomas knows what it means to be prolific. The Michigan singer, songwriter and multi-instrumentalist’s best-known band, Saturday Looks Good to Me, has spoiled its following with more than 20 singles and full-length releases (plus a smattering of cassettes and homemade CD-Rs) since its inception in 1999. Following a hiatus that began in 2008 (the group briefly reunited in 2012; its future is anyone’s guess), Thomas threw himself into various other projects, including the experimental duo City Center and the record label Life Like.

By comparison, Thomas’s newest endeavor, Failed Flowers, is an exceedingly—and, it transpires, a deliberately—casual affair. The foursome drew immediate attention in the summer of 2014 for the self-explanatory Demo, a cassette of eight rough-and-ready pop songs (only two of which breach the two-minute mark) whose outward spontaneity betrays the fact that much of it was recorded when no one other than Thomas knew the tape was rolling. Shortly after its release, Thomas told Paste magazine that he envisioned Failed Flowers’ follow-up being an album of 20 songs that “you can get lost in,” in the overstuffed mold of Guided by Voices.

Instead, singer-guitarist Autumn Wetli left the band, Thomas returned from Ann Arbor to his adopted home of Montreal (where his wife attends university), and Failed Flowers dropped out of sight until a few weeks ago, when a new, self-titled work slipped out with intentionally little fanfare on Minneapolis’s 25 Diamonds label. Contrary to the extended opus Thomas originally intended, Failed Flowers closely follows the model set forth by Demo: a mere nine tracks that come and go in little more than 18 minutes. But it does represent a progression of sorts—and not only in that it sees the quartet (rounded out by bassist Erin Davis, drummer Miles Haney, and Wetli’s successor, Anna Burch) graduating from cassette to “semi-psychedelic,” one-sided purple vinyl. Despite still being models of brevity and simplicity, these songs are ever-so-slightly richer, more melodic, more evocative of the raw yet subtly sophisticated indie-pop of New Zealand cult label Flying Nun and its American progeny. (Think Brooklyn’s marvelous but short-lived lo-fi masters Cause Co-Motion or, indeed, moments from Saturday Looks Good to Me’s sprawling catalog.)

Thomas—joined by Davis and Haney—spoke to Bandcamp recently about the serious intent behind Failed Flowers’ seemingly lackadaisical approach to recording and releasing music.

Failed Flowers emerged from a conversation about Fred’s and Miles’ shared appreciation for the legendary British indie-pop label Sarah Records. But that influence doesn’t seem to have manifested very much in the music you’ve made.

Fred Thomas: It started off as an idea of—we were kind of in a Sarah mode; a darker, moody, twee mode, and we thought, “Wouldn’t it be great to have a band like that?” And when we got together, we realized that whatever our personalities are is what our band was going to sound like. [Sarah] was sort of a jumping-off point, and we realized that might factor in, but we certainly wouldn’t want to try to recreate that because that’s not fun, to try to go backward and be somebody else. We’ve all been in very different types of bands, so that kind of devotional, dark pop was sort of like our first “in,” but it didn’t stick around for much more than a practice or two.

“Devotional”—I’ve never heard that word used in relation to this kind of pop music.

Miles Haney: It seems to be associated with a lot of U.K. indie-pop. I’ve seen it used for contemporary and ’80s kind of Talulah Gosh-style bands. I don’t know what else to call that kind of music. I hate the word “twee.” Most twee bands don’t want to be called twee, and most people who want to be called twee are in a bad band. (laughs)

The band’s new EP is obviously much more succinct than the 20-track epic Fred suggested might happen a couple of years ago.

FT: Well, to be fair, it is a one-sided record. (laughs) I live in Montreal and Anna lives in Detroit, and Erin and Miles live in Ann Arbor, so our record was recorded in two sessions—pretty much just learning the songs as we were recording them, and then overdubbing the vocals seconds after [the lyrics were] written. Then I would go back to Montreal and mix it. That aspiration [for a longer album] is definitely on me; that was my little, stupid dream of a digest-sized album that has a bunch of songs that all sound different and weird. If we’d had maybe four or five sessions to record, we might’ve gotten there! Also, our friend Autumn was in the band initially and she quit a little over a year ago, and Anna joined after a little bit of a dormancy, and so the band definitely became different after the Demo tape. We wrote a bunch of new songs, we reworked a couple of older ones, and we’d really only had two shows and maybe four or five rehearsals when we all got together and actually played, so it’s still a really raw, kind of spare document of what we were going for.

Given that the band only gets together during the brief windows when Fred is in Michigan, do you have time to be collaborative?

FT: I think we try to have it be as collaborative as possible. I work at a studio, so I do a lot of the engineering, but outside of that we’re all getting our own energies into not just the parts we’re playing, but the entire band. Miles had done a lot of the artwork; everybody writes their own parts. Anna’s not really into the jamming, so sometimes the rest of us will jam and come up with songs, and she’ll be like, “Okay, what are the chords?”

What are the band’s long-term aspirations?

Erin Davis: I think it depends on availability. Fred will be going back to Montreal this fall, but I think all of us are like-minded in the way that we really enjoy this project and we hope it continues in any way and form.

MH: Yeah, [Erin and I] have full-time jobs, so the amount of touring is gonna be somewhat minimal. We could take a couple of weeks off, but beyond that we’re not gonna be going on month-long tours, like, ever—unless someone wants to pay us a salary. [laughs]… We take it seriously but not too seriously, and I think that’s why we all get along so well. No one’s blowing off practice or recording.

What do you have coming up in the short-term?

FT: The only things we really have planned are a few shows locally; we’re thinking about trying to get out to Minneapolis, where 25 Diamonds is located, and Chicago. Nobody seems to really know about our band outside of the Detroit area—I think Chicago is the only place we’ve played outside of Michigan. Maybe in the fall we’ll get over to New York and the east coast. We’re gonna be working on more recordings while we have the time, in a similar manner, but we’ll probably try to go for a different sound. All of the songs that are on our record are in the same key, and I didn’t realize that when we were working on it, so we’re going to try to write some songs that are in a different key than E major.

We all came from music scenes that are pretty prolific. We all have connections to the noise scene, where they release a cassette of every single thing that they do; every practice is documented and offered up as a record. So we really want it to be very deliberate about not doing too much with this band. We had Demo a couple of years ago; we wrote a lot of songs in-between and a lot of them got scrapped. We really want to have every little thing we do—be that every show, every piece of artwork, every release—be something that’s thoroughly considered and a singular document. Our next record will be whatever it’s supposed to be, whenever it comes out. We’ll have no filler and no outside influences.