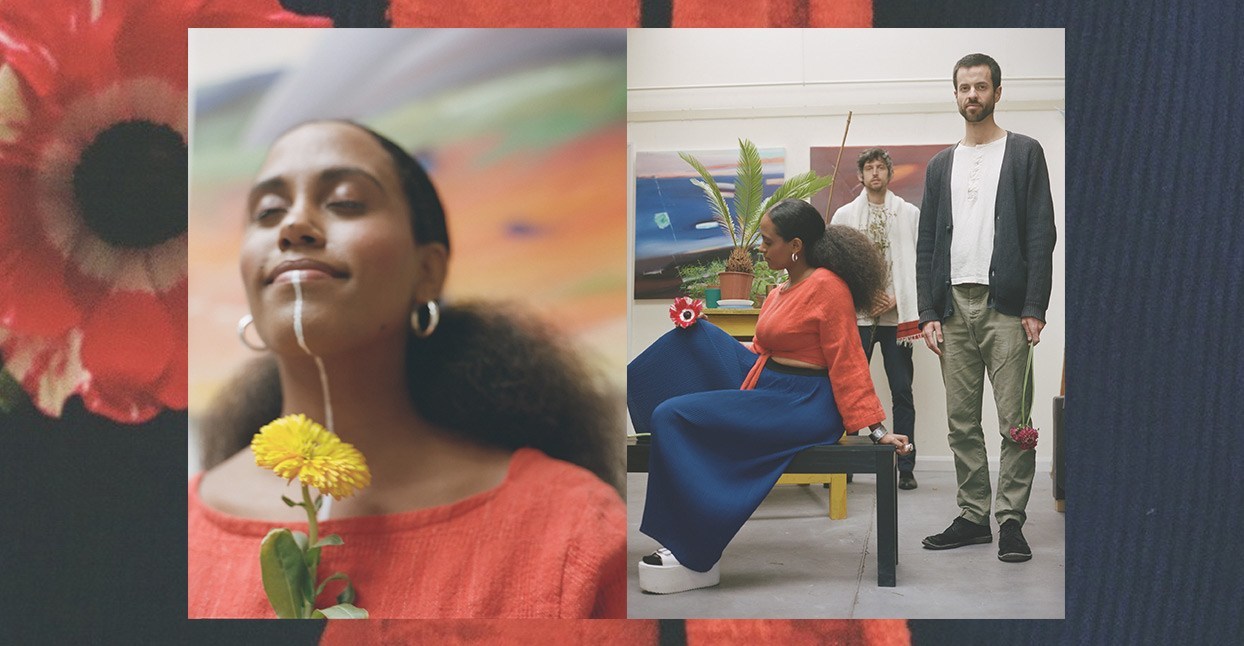 The second album from London-based group Hejira is, in a way, the result of frontwoman Rahel Debebe-Dessalegne’s attempt to communicate with herself in the wake of her father’s death. “When you go through that loss, it’s so personal and so scary to come outside of yourself and find a way to communicate—even to yourself,” she says. “I was feeling this pull to understand my father and my heritage that I had never felt until that point.” The album’s title, Thread of Gold, subtly underscores that drive. “Thread of Gold symbolizes the connection between us and our loved ones,” Debebe-Dessalegne says.

After her father’s passing, Debebe-Dessalegne felt “emotionally displaced.” She decided to travel to her father’s home country of Ethiopia in the hopes of learning more about his culture—to unravel his story and, with it, her own. “I wanted to piece together all these bits of his life I didn’t know about, and understand my connection to my heritage,” she says. Her bandmates, Sam Beste and Alex Reeve, joined her for part of the journey, and the three of them explored the capital city of Addis Ababa together. The country became a reference point for their new music.

On “Seven,” a field recording taken inside a traditional tavern in Addis Ababa provides the beat over which Beste sings, “Seven hours in the air and I am in a different world”; “Lima Limo,” named after a winding mountain road in Northern Ethiopia, blends the sound of distant chanting and conversation with mesmerizing vocals and a delicate string arrangement. The sound of pilgrims celebrating the end of their journey in Lalibela, a town in northern Ethiopia, opens “Joyful Mind,” eventually giving way to Debebe-Dessalegne, singing: “It’s only for a moment / Then it’s gone in a flash / The best things they don’t last / They come and then they go so fast.”

“Part of the energy of what drew me toward going back to Ethiopia was the wish to connect to people on a deeper level,” says Debebe-Dessalegne, “to create experiences with people you love, because life is so finite.”

While the sound of Thread of Gold wasn’t influenced by Ethiopian musical styles (“We weren’t suddenly trying to make an Ethiojazz record,” says Beste) the field recordings offer an anchor, grounding the album both geographically, and in the personal experience of the band. “They paint a picture of what it is like to be in this very different place, and making sense of these different worlds,” says Beste.

Ethiopia provided the starting point for the record, but Thread of Gold is also a broader reflection on issues of displacement, migration, and identity. (The band’s name is an Arabic term that means “migration away from danger towards a safer place.”) “It’s about our experience in a place that is unfamiliar to us,” says Beste, “and making sense of yourself in that reality.”

That conceptual thread is made explicit on the track “Ribs”; over a bed of lush strings and melancholy piano chords, Debebe-Dessalegne sings, “You keep building these walls / That I can’t climb / Barricading the doors / Leaving me behind / At the edge of the water / With no way to cross over.” It scans both as a lament on emotional isolation and a damning comment on the cruelty and arbitrariness of closed borders.

“In 2015, during one of the tensest points of the [European] migration crisis, we were going through one of our rounds of writing the lyrics to ‘Ribs,’” explains Beste. “Lots of people were trying to cross the waters [to get to Europe], and were dying in the process, there were lots of tragic stories and we were struggling to cope and make sense of the world.” The theme of displacement had been omnipresent during the writing process, says Alex Reeve, who plays guitar, drums, bass, and keys on the album, but “Ribs” brought it into focus and “shaped the narrative of the album.”

In the end, Thread of Gold is an album that explores the human condition. The catalyst for Thread of Gold began with the extremely personal experience of a parent’s death, but ultimately offers a broader consideration of global community, and the meaning of relationships. “In the end,” says Debebe-Dessalegne, “that connection is all we really have.”