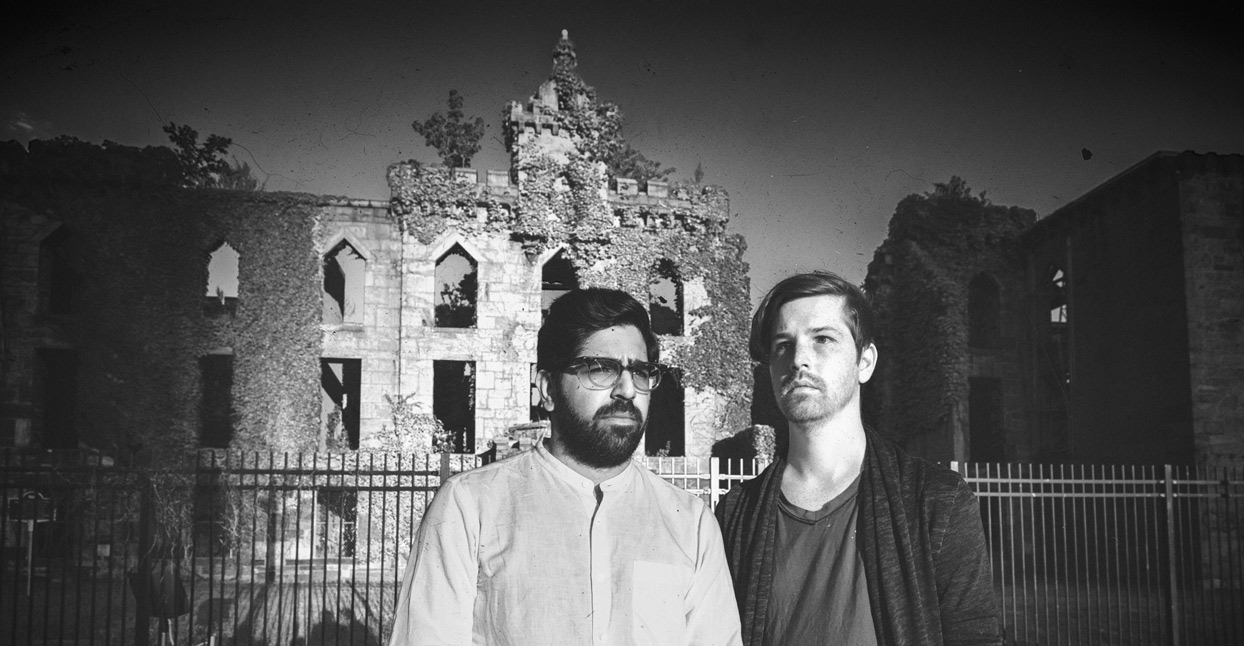 The song “Colonizer,” a highlight from the self-described “nocturnal pop” duo HDLSS, takes playful aim at recent singles from artists like Justin Bieber, Diplo, and Drake, all of whom have appropriated elements of dancehall music and repackaged the sound as “tropical house.” “I’m singing about appropriation and white guilt and stealing from black art forms,” explains Far, HDLSS’ 29-year-old Queens, NY-based songwriter and vocalist. Wolfy, the group’s 30-year-old producer and arranger, lives in Allentown, PA.

Far’s commentary on “Colonizer” takes place over calypso-influenced and marimba-laced electronic production. The crux of his message is about the ways cultural appropriation “dumbs down and takes the nuances away” from the originator—often without acknowledging the source. He admits there’s a tricky line between musical influence and appropriation. “The Rolling Stones were very different from Chuck Berry, and they’re both very good in different ways,” he says, summing up the ways Black American music often gets whitewashed through the generations. In the case of “Colonizer,” it’s all about “making fun of that tropical house trend, because it’s so blatant.” There’s also the element of unwitting listeners: “It’s funny, because the same neo-liberals who’ll protest Halloween costumes at college will dance to songs like that and not realize what they’re doing.”

“Colonizer” appears on HDLSS’ new album, Selections From DUMB. It’s the group’s second project since a self-titled effort dropped back in 2011 via Greedhead, a label that was then-run by Himanshu Suri, aka Heems, of Swet Shop Boys and Das Racist. (Far and Heems met at Wesleyan University, where they both attended.) The new album is built around the broad concept of “witnessing your own dumbing down,” as Far puts it. “It’s about this trajectory we’ve been heading in with technology and diminishing attention spans. I’m experiencing it, too. It’s about admitting that you’re partly responsible for buying into consumerism and that void that you’re trying to fill, and the lack of spirituality in America that’s replaced by this consumerism and capitalism and this need for constant growth at the expense of everything else.”

Hearing Far break down the overarching concept of Selections From DUMB might give the impression the 14-song album is a dry, scholarly listen. But he’s quick to point out that when HDLSS wants to raise “an existential concept,” he and O’Neill wrap the message in production that can entice you into a reverie (as on the whimsical “Wonderloss”) or dance (as with the ebullient “False Flag”).

“The relationship between the lyrics and the music are kind of a deliberate contradiction on this album,” explains O’Neill. “We used a lot of genre-specific tropes like dance music or ‘60s pop to contradict an idea.” For “Wonderloss,” he says they called on a “naive, happy ‘60s pop” vibe to juxtapose lyrics about “the loss of magic and wonder in the world.” It’s a sonic blend that he says ends up “enhancing the song’s meaning.”

Far recalls being turned off by some of the rapper Common’s mid-career forays into conscious hip-hop. “I don’t like to be preached at, there’s something cheesy about that and it’s not heartfelt,” he says. Conversely, he’s become smitten by rapper Kendrick Lamar’s style: “Hip-hop is now pop culture, so he’s using pop culture language to tell his message.”

It’s a similar tactic employed on HDLSS songs like “Bystander 2,” which features a guest verse from Heems that kicks off with a booksmart Inspectah Deck reference before the rapper goes on to lambast those “watching all the atrocities” in places like Syria while slumped on the couch and commenting on Twitter. The dramatic, glitchy track—which O’Neill describes as “terror turning into some sort of existential hope”—was influenced by the final episode of the sitcom Seinfeld. As the show’s narcissistic quartet stands by and watches a carjacking take place, they crack jokes at the overweight victim’s expense while Kramer films the scene. Far’s lyrics update the concept for a world tuned into WorldStarHipHop fight videos and infatuated with Twitter activism.

“It goes back to the dumb concept and the nihilistic age we live in,” he explains. “The song is about apathy, witnessing violence and crime, and worrying about yourself first and not the idea that you could do something to help.” Insisting that the goal of HDLSS’ music is to raise questions and not necessarily have all the answers, Far charges, “In the real moments of cultural trauma, like witnessing police brutality, what do you actually do? Our idealism is through the roof—but it’s so fake.”