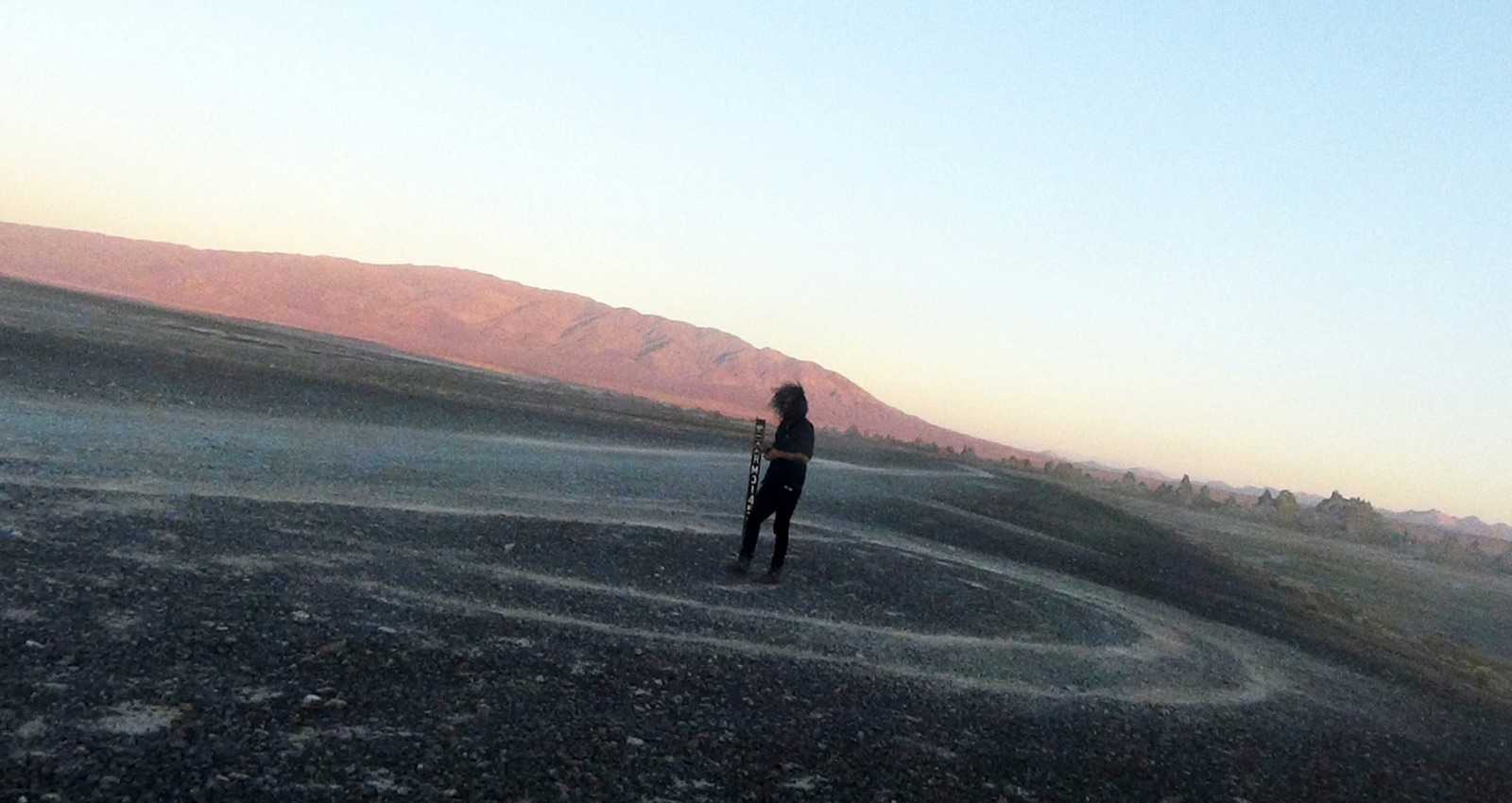 At first, Efrim Manuel Menuck ignored the bevy of unexpected emails flooding in early one February morning. The inevitable, it seemed, had finally happened: the 70-minute, 27-track collage the Godspeed You! Black Emperor founder made as a desperate 23-year-old college student had surfaced online after a quarter-century of eager speculation by fans. He didn’t want to deal with it, at least not yet; he hadn’t really heard the music since 1994, after all, when he’d made it as a “retirement letter.” It could wait another day.

“I always expected it would appear on the internet one day, and I always had this internalized thing of ‘Maybe I should get ahead of that and just put it out,’” Menuck says a few weeks later from his home in Montréal, just before beginning a Godspeed tour. “But I don’t want to negotiate with that logic. I don’t want to have to do something because I ‘have’ to. Who wants to make choices or decisions based on purely external factors?”

Still, on February 4, a 4chan user settled the issue for Menuck, posting a link to the complete album All Lights Fucked Up on the Hairy Amp Drooling. It soon metastasized to YouTube and beyond, generating headlines and hubbub. Released in 1994 in two editions totaling 33 cassettes, the fabled tape has been so titillating to Godspeed fans that counterfeit versions have frequently appeared online, only amplifying the intrigue. It became a sort of Ark of the Covenant for the band, with true believers asking Menuck after shows or during interviews when it would at last appear.

“I’ve worked hard at demystifying what the cassette was, and what the context of it was. People got hung up on what they thought was the more interesting story, the mystery of the thing,” he says. “There’s nothing mysterious. It’s of its time, and it is what it is.”

A few days after that link appeared, Menuck listened to 30 seconds of the stream and knew it was the real thing, if not how it had finally surfaced. A week or so later, on Valentine’s Day, he released it digitally, pledging all the proceeds to the efforts of Canadians for Justice and Peace in the Middle East to supply emergency oxygen to the Gaza Strip. The 27 tracks—a grayscale kaleidoscope of slow riffs and fast punk, gnarled instrumentals and manipulated samples—were condensed into four sidelong pieces.

“No relation to the band that followed,” Menuck wrote by way of liner notes, hoping to communicate that the bygone solo project had nothing to do with the tidal-wave drones Godspeed would eventually make.

That might be a slight exaggeration, Menuck allowed, not only a way of offering proper preemptive context to the music on All Lights but also a way of creating critical distance from the anxious young adult who made it. This was the start of the Clinton era in the United States, after all, suggesting a neoliberal world order where everyone would prosper. This was the end of history, right? He didn’t feel that way.

“It was the beginning of this post-Berlin Wall fantasy that there was just endless wealth awaiting, endless contentment. For me and everyone I knew, that wasn’t the truth,” says Menuck, who had struggled with school, homelessness, and a fractious relationship with his parents. “There was a pretty deep disconnect, you know? Things really were not great.”

For years, Menuck bounced from place to place; when funds or leases ran out, he found himself with nowhere to go. But a new Montréal apartment with two roommates seemed like a stable situation. The quarters allowed him to set up his meager equipment—a TASCAM Portastudio, a Hagstrom III guitar, a cheap Yorkville amplifier, a broken Roland Space Echo he repaired himself—and leave it that way until, he happily notes, “the cables were tangled and dusty.”

While in college studying film Menuck established a musical routine: He and his pals would go to a nearby dive, the Miami, on Friday and Saturday nights, then get loaded on draft beer and Jameson nightcaps. He’d come home and improvise in his makeshift apartment studio and try to turn his soused work into songs the next afternoon, still bleary from the booze. The ideas were scattershot and madcap, from noise-rock surges and spacey guitar fragments to sliced-and-stacked Evel Knievel samples and hymns to burning churches. He even warped a fraught conversation with his mother, Joyce, recorded during a particularly difficult time in their relationship. That’s hard to hear now, he admitted.

“There’s a lot of self-pity and self-loathing in there. If I met the person I was then now, I don’t think I’d like them very much,” Menuck says, copping to the notion that many people feel that way about their rough-and-tumble early 20s. “It was pretty routine blues, but blues nonetheless.”

Menuck spent nearly a year making the tape at home. It retroactively fits into the lo-fi tape scene of the early ‘90s, like a particularly wild piece of the Shrimper Records lineage or a weird wobble along Lou Barlow’s Sebadoh/Sentridoh axis. But Menuck insisted he wasn’t trying to be part of anything; instead, he intended All Lights as his musical retirement manifesto.

He saw that era as a fallow moment for music, when all the idiosyncratic post-hardcore and indie rock had been swept up in a major-label gold rush. When he watched a crowd relentlessly heckle Wisconsin punks Die Kreuzen while they opened for Dinosaur Jr.—who had just signed a big deal of their own—in Toronto in 1991, he wondered how he could possibly fit into that world. All Lights made it clear he didn’t hope to.

“That was my only guiding vision, that this was the last thing that I would ever do that had anything to do with music. It seemed like a waste of time to play music,” he says. “I just couldn’t figure out a gesture that made sense. All the old gestures were dead. I wasn’t interested in using any of those tools, and I didn’t know how to make new tools.”

Much to Menuck’s surprise, though, All Lights was the beginning of Godspeed and his music, not their end. A year after he made the tape and gave the first dozen copies away, one recipient asked Menuck to open a show in Montréal, prompting him to assemble a little band. Another invitation soon arrived to play 10 hours east in Moncton, New Brunswick, where Menuck sold 20 more cassettes. There were more concerts, more members, more new music. When Godspeed began to plot its debut LP, 1997’s F♯ A♯ ∞, he even mined a riff he wrote during the late-night jams that became All Lights. Alone, he’d dismissed it as boring; with his band, it became the career-making theme of opener “The Dead Flag Blues.”

For decades, Menuck had resisted releasing or even pondering All Lights very much, because it took him back to those tough times. He bristled at the idea it would eventually leak, anyway. But now that it was out, he seemed sanguine about the way it held a mirror to his life and music, showing him how much had changed in his own circumstance for the better. It is a reminder that some parts of life, at least, might get better.

“I was with a group of people, and we had engagement with each other. We were figuring out how to engage with the world together,” says Menuck, his tone suddenly bright. “That was a big missing piece in my life, and none of it would have happened if I hadn’t made this goofy little cassette.”