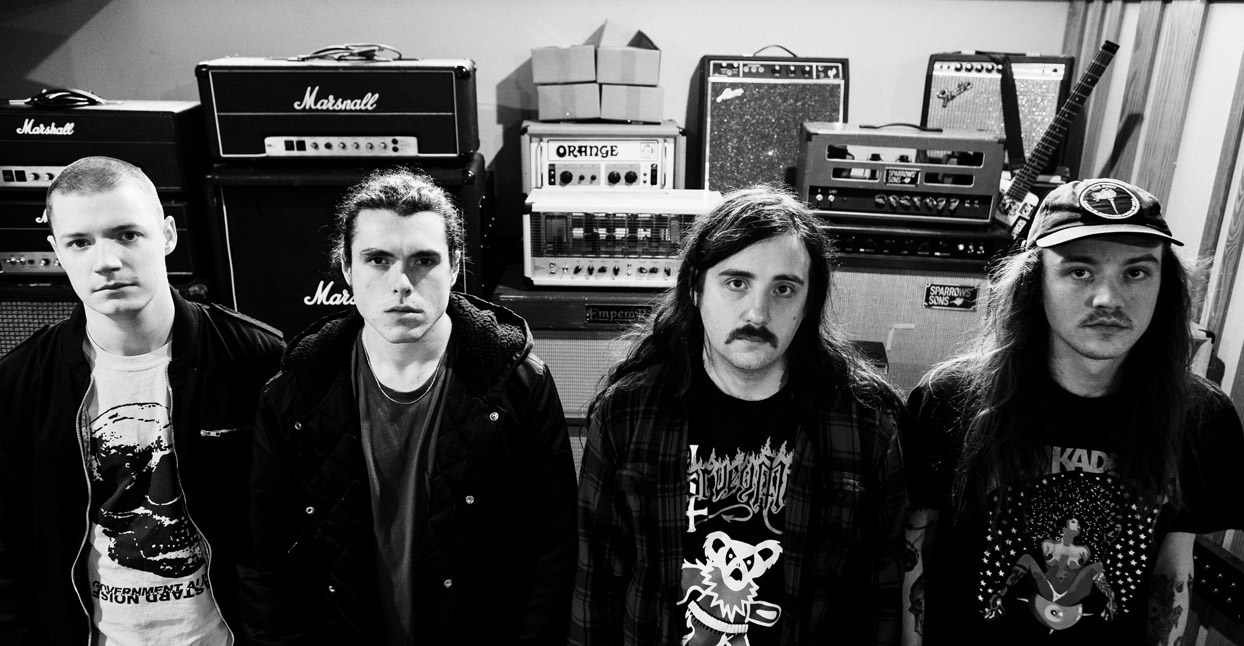 For extreme-metal band Full of Hell, anger may, indeed, be an energy—but anxiety and depression are the real infernos. Everyone in the group has suffered from various levels of depression. Vocalist Dylan Walker sometimes experiences full-blown panic attacks, and guitarist Spencer Hazard was so frazzled while writing riffs for the band’s fourth and most recent album Weeping Choir that he temporarily froze up before freaking out and then starting again at twice the level of productivity. In addition to being a therapeutic outlet for Full of Hell’s personal demons, the music has proven to be positively addictive.

Since they formed almost 10 years ago, Full of Hell have been featured on over 20 releases. Two have been collaborations with the experimental sludge metal duo The Body, and one was a double-CD project with Japanese electronic noise master Merzbow. Then, there have been splits with Nails, Code Orange, Intensive Care, and White Horse as well a singles, EPs and side projects. “We started this band to make music that’s really cathartic and helps us cope with all our personal problems,” says vocalist Dylan Walker from his home in tiny Mifflinburg, Pennsylvania. “So it feels like a waste of time to not be making something all the time.”

With their fourth and latest full-length, Weeping Choir, Full of Hell tear beyond previously experimental parameters, gaining strength and endurance by integrating more stylistic elements from their co-conspirators. They’ve hinted at the mechanical devastation of Merzbow before, but never weaved it into their thorny cacophony as effectively on “Angels Gather Here.” Similarly, the ghosts of The Body provide haunting atmosphere to the trudging “Armory of Obsidian Glass.” Elsewhere, there’s plenty of grindcore bludgeoning redolent of influences including Pig Destroyer and Discordance Axis. The dichotomy of eerie and pulverizing songwriting make Weeping Choir Full of Hell’s most subversive and extreme album to date. Of course, that was never the goal.

“There’s never a push to be subversive or extra extreme,” says vocalist Dylan Walker, from his home in rural Mifflinburg, Pennsylvania. “Over the years, we’ve gotten better at getting what’s in our heads onto tape, and that, along with whatever new influences we have—be it Converge and Cattle Decapitation or Swans, and Godspeed! You Black Emperor—is why every record sounds different. Weeping Choir is just an album full of all the things we’ve liked all these years played by guys that are nine years older and can write better songs than we did in 2011. There’s no desire to go against the grain—we just like to write what we like to hear.”

On album and in concert, Full of Hell seem furious and misanthropic. Live, Walker swings his arms like he’s in a mosh pit, sometimes smacking himself or cracking his chipped teeth against his mic while his band mates aggressively saw and bash at their instruments and blast through songs that are often less than two minutes long. All the while, rows of tortured effect pedals howl in excruciating pain. The display is savage and breathtaking. Yet Walker insists the music stems not from anger, but excitement.

“There’s no nihilism or self-hatred in what we’re doing, he says. “I’m a pretty passionate person and I love the energy of extreme music. Something about it has always fascinated it and drew me in. But I don’t think there’s any fucked up side of me. If anything, I have a lot of empathy and that’s always a huge driving point of the lyrics. If you look too closely at what’s going on in society, and you have any bit of a soul, you can just be completely overwhelmed and crushed.” 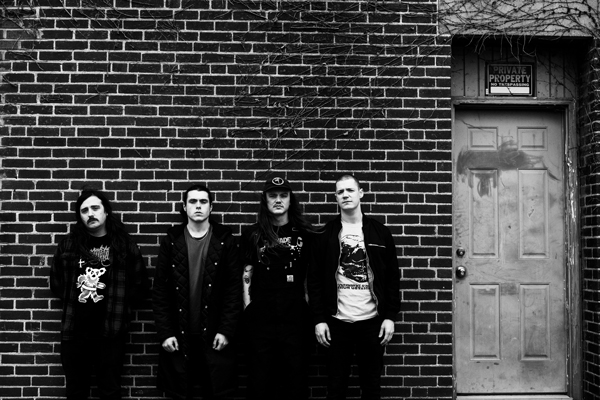 There are several ways the members of Full of Hell deal with the rigors of surviving in a frequently touring, financially-challenged niche band. Bassist Sam DiGristine and drummer Dave Bland party to let off steam. Walker—whose family has been plagued by alcoholism—is straight-edge and hermetic by contrast; he prefers to sleep after shows. And Hazard copes with stress by constantly writing. “Spencer says that if he’s not moving, he feels like the band is dying or it’s just going to fade away if he’s not constantly working on something,” Walker says. “He’s pretty obsessive in that way.”

In addition to touring extensively, they’re already planning two more collaborations with like-minded bands Walker won’t name. Also, all of the band members spend whatever little downtime they have on other projects. Hazard is in Eye Flys with members of Backslider and Triac; their debut EP Context comes out September 13. DiGristine and Bland play in the grindcore/powerviolence band Jarhead Fertilizer. Walker just finished a yet-untitled album that features The Body’s Lee Buford; he also growls for Ramuh, a grindcore band featuring renowned Hungarian drummer Balázs Pándi (their debut EP Glowing Civilization came out in June 2018), and death metal band Maruta with guitarist Mauro Cordoba.

“The greatest fear I have in my life is that time is slipping away so quickly that I’m not paying attention and before I know it, my life is going to be over,” Walker says. “The finite nature of time really fucks me up. But we started this band to make music. That’s what it’s about—creating things out of nothing. Until the ideas run out, there’s no point in not always making something.”