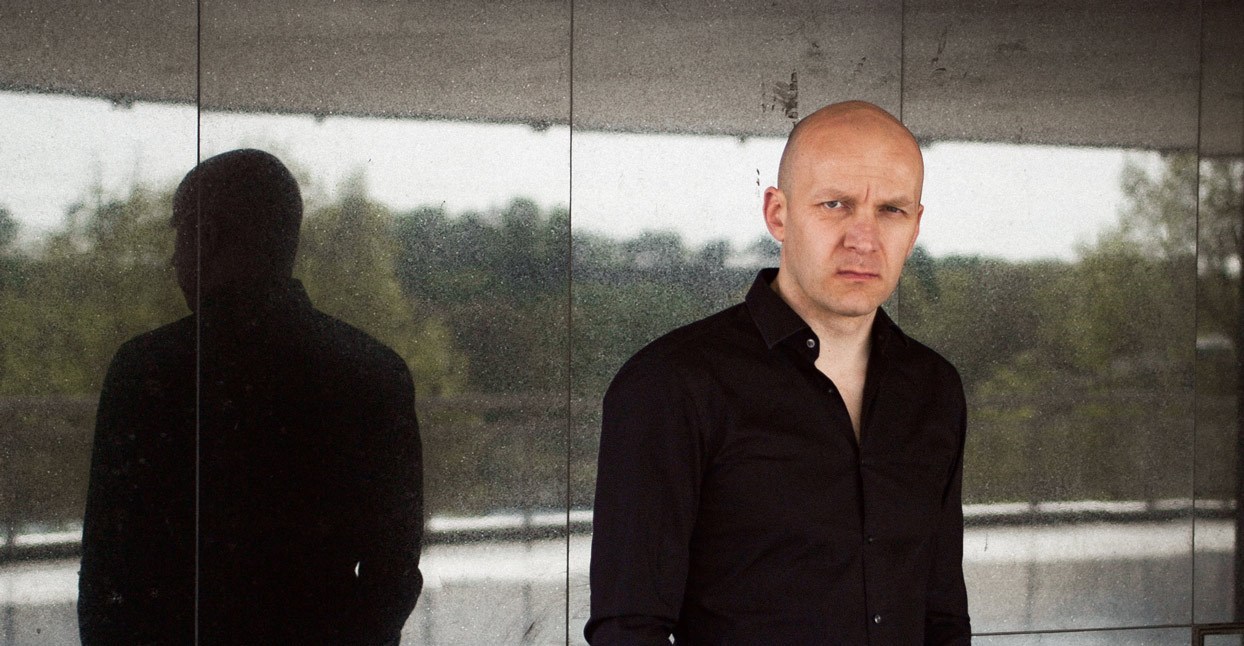 Over the course of his last three electronic albums (he also releases guitar-driven work), French producer Franck Vigroux has used his signature blend of industrial, IDM, ambient, and techno to paint pictures of a grim future. On his new album Barricades, Vigroux, who began his career as an avant-garde guitarist and also works in film, theater, and dance, has crafted a surprisingly upbeat listening experience. The album’s name is a response to Vigroux’s belief that people are increasingly hiding behind the enclosures of technology; the album is dominated by loud, thumping beats, as if Vigroux is inviting the audience to get out from behind their walls and dance among the ruins. And while Vigroux’s music jolts us into considering how much of our humanity we’ve given up, he’s certainly not resigned to defeat. We caught up with Vigroux on a phone call from the south of France.

When your last album, Rapport Sur Le Désordre, was released, you said that that was going to be the last album in your dystopian series. And yet, here we are. Why the decision to keep going with that theme?

Over the years, I’ve been influenced by all these books and movies. I did a piece for French radio based on Yevgeny Zamyatin’s novel We, the first dystopian novel ever written. Orwell was very influenced by its structure and story. I’d been using the vocoder and voice controllers a lot, non-human voices that I was putting inside my music. That’s why I called it ‘dystopian.’ Recently, I decided not to use the vocoder anymore. On the new album, it’s only on one track. But now I think I’m going to stop—definitely.

That’s what you said the last time!

How does the mood you were trying to create on this album differ from Rapport?

On Rapport Sur Le Désordre I was thinking [it was] more of a concept album. The new one is more a result of tracks I was creating [in real-time]. But I’m always influenced by the electronic operas I direct. The new album is influenced by my reading of J.G. Ballard novels like Concrete Island.

Your electronic music is very rich in atmosphere and detail, so it’s surprising that a lot of it starts with a ‘live’ process. But this is the first time you went all the way and recorded straight to two-track.

I’m really influenced by musique concrète. I create sounds, and then compose based on those sounds. I come from the electro-acoustic school. I don’t need to use multi-track or anything. I produce with basic equipment. [My process for] the last album was pretty simple, but not as simple as the new one.

So Barricades is a step forward.

Or maybe backwards [laughs], because I’ve been selling all my equipment. I have less and less, and everything’s in one suitcase. So I don’t know if it’s a step forward! But in the studio I like to be focused on the music and not on the equipment.

You recorded the tracks for the new record in different places while you were touring. The press release says you were very struck by the effects of globalization. What are you seeing when you take your music to places like Bogota and Beijing?

We can see the same in Europe or in the U.S., but in those countries, you really see the difference between poor people and rich people. It’s always a shock, even if we know it. In some places, it’s just unbelievable.

You grew up at a time when Catholicism still had a very strong hold in France. How did that impact your perspective?

I’m totally atheist, but I went to Catholic schools until the age of 15. This was in the ‘70s and early ‘80s. I saw the collapse of Catholicism in Europe, and then the collapse just after that of the communist world. To me, everything was linked. I don’t have a particular analysis about that, except that now we’re obviously somewhere else. I don’t know why, but I remember that the Catholic people of France were very concerned with what was happening in Poland in the beginning of the ‘80s. They saw the Polish Catholic movement getting stronger and stronger because of the new Polish pope John Paul II. I remember in school, a teacher who was a nun showing us footage of the Polish resistance to the Soviets on TV. But in the end, both Catholicism and communism collapsed. I still keep that in mind now. And it’s probably going to happen again.

In the digital age, instead of religion it’ll be ourselves, our relationship with technology. Governments know everything about everyone and it’s easy to watch everyone. I don’t know what it is, but something’s going to go.

You’ve stripped down your gear, but you’re still using technology to express anxiety about technology. I wonder if there isn’t some kind of surrender in that.

I don’t know. In the end, I think I can make music with just a piece of wood if I have to. I made my album Ciment, which means ‘concrete,’ with the first guitar I ever had. It was just one mic and one guitar, and I really liked it. That was just two years ago. So I have no allegiance to technology. It’s just that now I have these electronic instruments and like to produce sound with them. But maybe in two years I’ll completely change and do something with just a piece of wood. Who knows!

You were a self-described blues fanatic in your youth. You’ve observed that blues and electronic music have similar patterns. Can you explain that?

I was talking to Mika Vainio, founder of [Finnish electronic outfit] Pan Sonic. He’s also a fan of blues, and it came up that maybe we like it because of the minimalism. The expression in that music is so strong. There’s no harmonic complexity in blues—or in the music I make now. In both styles, you see small evolutions of the same pattern within one structure.

You’ve described yourself as an optimistic person, and yet you’re making dystopian music. What hope are you seeing?

I’m optimistic because I see myself as capable of evolving. If I can evolve, I have the hope that everybody can evolve. Humans have the [capability of] of evolving in a good way. Now I’m getting older and I feel better as a human person. Everything I do and produce can be positive. But I can’t just talk about me in my work.