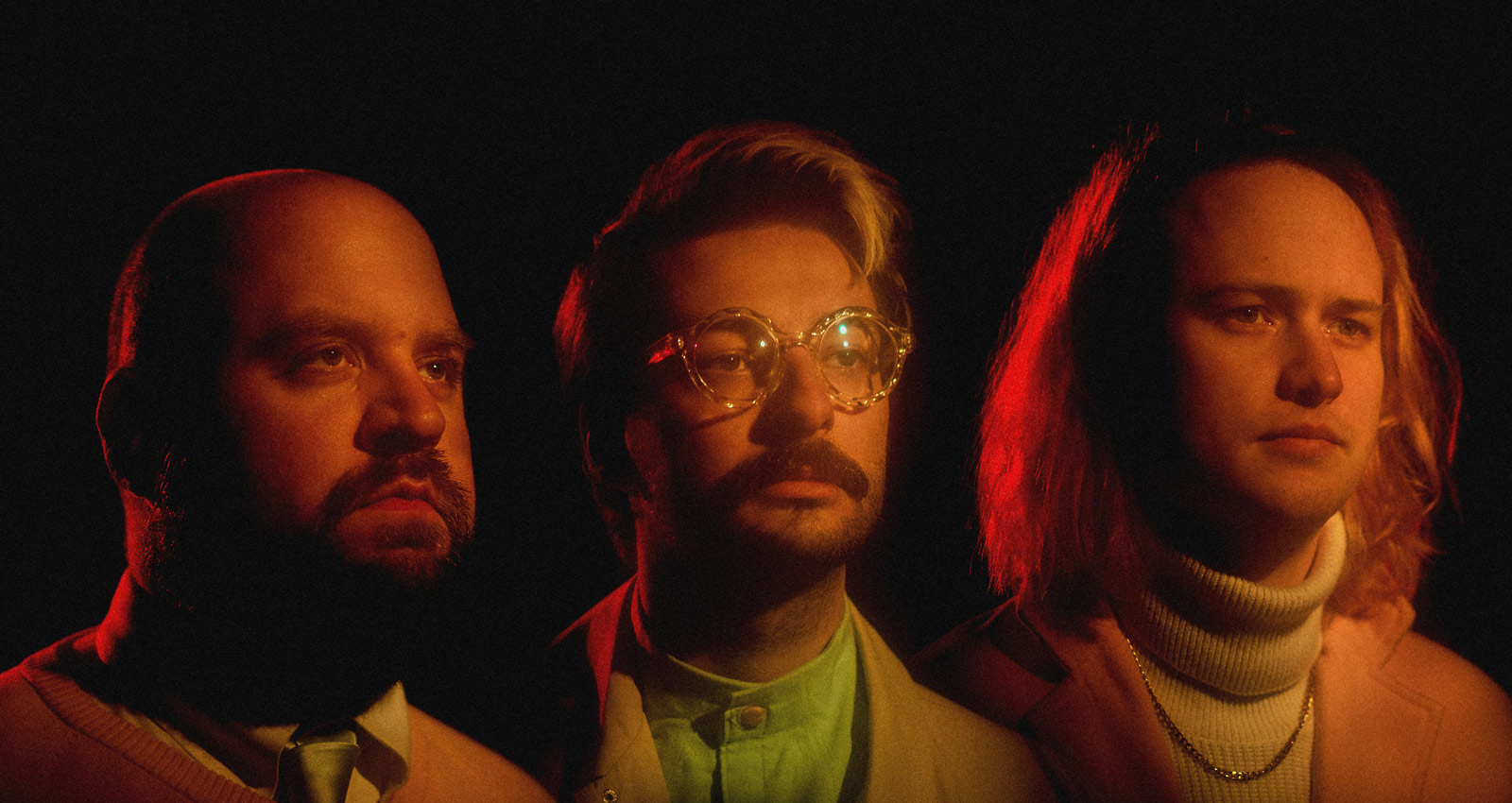 Connection and the yearning for it runs throughout Draw Down the Moon, the latest from St. Louis emo band Foxing. “Essentially, the very first thing that we were inspired by was this ‘Joe Pera Talks You to Sleep‘ video…At one point, he’s talking about Stephen Hawking cheating on his wife, and look at it from Stephen Hawking’s perspective, he looks up into the sky all day and contemplates his insignificance. So what does it matter if one man cheats on his wife?,” explains lead singer Conor Murphy, “But then following that same line of thinking, if the universe is so expansive and vast, and you found one person that loves you and that you love, why would you want to hurt them?” It’s a very Midwestern approach to existential terror, a modest starting point which led the band to the most ambitious record of their career.

Opener “737” sees Murphy finding kinship with decaying vehicles over a lush indie-folk backdrop, until the song builds to an ominous crest that finds him chanting “I can’t do this alone,” over and over. The song ends with Murphy howling a list of circumstances that mimic an incantation, ending with the hushed command “Draw your moon to me.” If the title of the record (a reference to Margot Alder’s canonical work on neo-paganism, Drawing Down the Moon) didn’t give it away, Foxing isn’t just working with an expanded sonic palette of arena-ready synths and galloping disco grooves, but a wider set of metaphysical colors.

“With a lot of our other albums, I use a ton of Christian and Catholic imagery, mainly because I was raised in a Catholic Church, Catholic school. I hated it a lot. I resent my Catholic upbringing, in a lot of ways. I kind of dwelled on it for so long,” Murphy explains. “I wanted to focus in some way on what could actually benefit me positively rather than dwelling on what has negatively impacted me. The pretty obvious thing to jump to was neo-paganism, witchcraft, druid worship, all these ideas, mainly because they are rooted in the stuff that I love the most, which is fantasy fiction, like, you know, Lord of the Rings, or Dungeons & Dragons.” Every song pulses with this newfound mystic energy, from the stomp and holler of “Cold Blooded,” where Murphy wraps Greek mythology around the pain of finding numbness in art that used to mean something (in this case, an Enya album), or the wistful recognition of the beauty in the everyday on the haunting, synth-driven prayer “Bialystok.”

This energy doesn’t stop with the record, either. The glee and pride is evident in Murphy’s voice as he describes the accompanying website/contest they created to promote the release, a sort of “Digital Grimoire.” Murphy credits the Fat Feminist Witch podcast for exposing him to the concept: “We started thinking about what would you actually come across, if you found this thing that you’re not actually supposed to see: somebody’s personal grimoire? What would you find? And that person is also inspired by [PC adventure game] Myst and inspired by Zork, and ouija boards and whatever kind of things that they’re interacting with at the time,” Murphy says of the retro-pagan vibe permeating the collection of puzzles found on the site.

Each puzzle offers a chance to further explore the themes of the record while also paying homage to gaming history. There’s a text adventure (the entire band watched Get Lamp before beginning work on the site), a Myst-style spellbook puzzle, along with four other puzzles. It’s not a replacement for the live show, but the internet banding together to solve puzzles is a long standing tradition, and sure enough, pockets of committed Foxing sleuths have cropped up everywhere from Reddit to the band’s Discord. It’s this extension of the Foxing community that Murphy sounds especially stoked on. “It’s very much like being a part of a true gaming community, but it’s all related to our band, which is very flattering and awesome.”

Of course, puzzling isn’t the only gaming community Foxing is involved in—their love for Dungeons & Dragons is well-documented. Adam Vass (bassist from La Dispute, and indie TTRPG designer) had floated the idea of doing a tie-in RPG for a future release to folks at Hopeless Records (Hopeless recently partnered with Foxing’s label, Grand Paradise), but hadn’t expected much to come of it. However, the stars aligned, and Murphy and Vass quickly started working on a game inspired by Draw Down the Moon. Vass describes the process as a bit of a game of telephone, as he wasn’t working directly from the music, but a D&D character background (“The Moon-Drawn”) designed for the record insert, from which he extracted thematic material to create the bones of the game. “Luckily, Conor…wanted to be involved in the design and development,” Vass explains, which helped bridge some of the knowledge gaps.”

The pair’s differing backgrounds in tabletop gaming also informed the collaborative process. “A lot of the time it was Adam, pushing for more of this, you know, storytelling, improvisation idea, and then me pushing for more of a mechanical foundation to it all,” Murphy says. To that end, the game builds on the emotional tenor of the record but avoids straight adaptation, focusing instead on a communally told story about leaving a dying planet for the moon; the story of a group of archetypes trying to build a new home in an unknown space. Murphy describes the process of creating a record as a ritual, and if that’s true, it’s hard to not see the RPG as an extension of that ritual: a set of instructions for fans to follow, to maybe eventually cast their own spells.

“You are so insignificant, but at the same time, your connection to other people and philosophical ideas, and these themes are what makes you significant. Or rather, that connection is the significance, and you can be a vessel for it,” Murphy says. With Draw Down the Moon, Foxing has created multiple vessels. They’ve crafted a set of songs designed to bridge the space between people, but also created places for those connections to thrive—be they on a message board, in line outside a show, or atop a kitchen table covered in dice and character sheets.