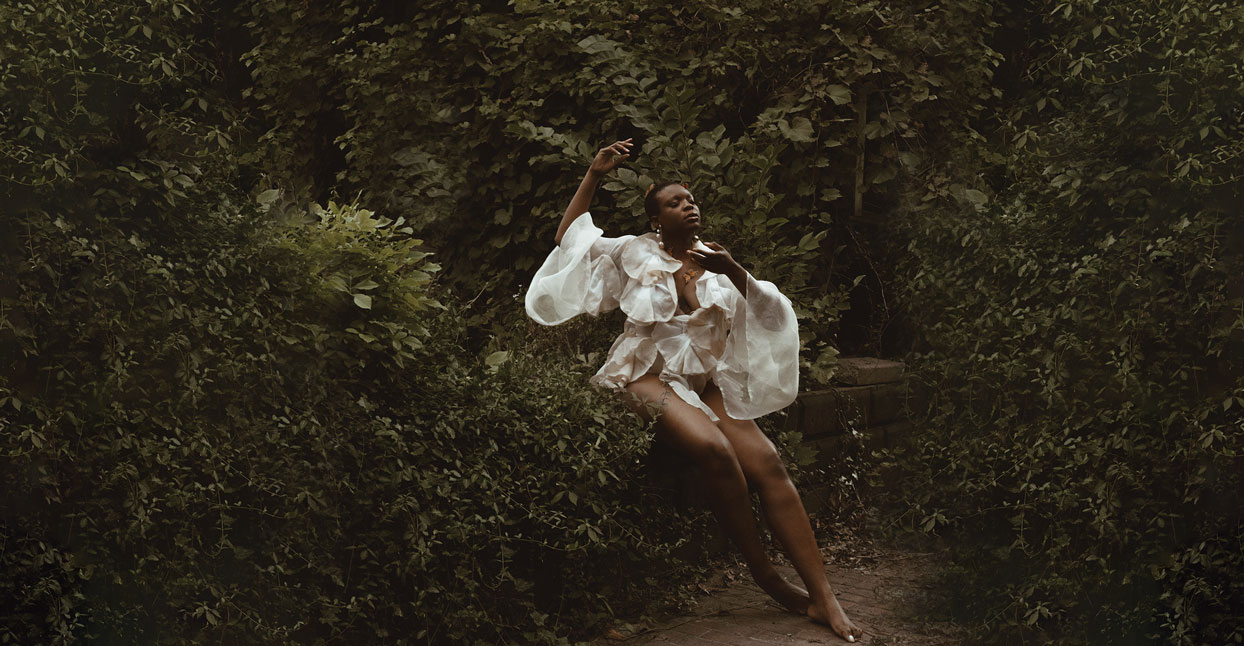 Experimental Detroit singer and songwriter Kesswa’s journey to her debut EP, Soften, began with an interest in DJing. “I started getting into all the electronic music and techno in Detroit. Eventually, I started messing around with music production. But I wasn’t satisfied, because I always felt my tracks were missing vocals. I took a vocal lesson, and as soon as I started vocal lessons, things started moving quickly.”

As she developed her sound, Kesswa, born Kesiena Wanogho, started attending events around Detroit, meeting other artists in the area. One of those artists was the Mexico-based producer Askanse, who was spending time in the city. “Literally within minutes of meeting each other, we were on the same page musically,” recalls Kesswa. “Once we started jamming, recording, and making this music, I feel like we developed our own language.”

Produced and recorded by Askanse (credited under his birth name Benjamin Hill), Soften is grounded in lush ambient sounds that transition smoothly to larger, percussive moments. Kesswa’s tracks move fluidly between alternative, R&B, house, and soul. Throughout the EP, Detroit harpist Ahya Simone adds graceful texture to each song’s chord structure. “Open,” the first song, starts slow, but builds momentum quickly. On “Contemplate,” Kesswa’s voice soars over a slow-burning techno shuffle, prolonged synth chords, and beautiful harp figures. “To Find,” is driven by a tantalizing call-and-response, and is a showcase for Kesswa’s stunning vocal range. At the end of the EP, “Open” returns; this time, the percussion is gone. Instead, Kesswa’s voice joins with strings and synths to create an ethereal melody.

Lyrically, Soften draws from different elements of Kesswa’s identity. “I knew that I wanted to commit myself to making something that was a full reflection of my inner world,” she says, “something that represented how I see myself, and what I wanted to be. A lot of times, my personality and the cultures I belong to feel disparate from each other,” she explains. “My parents came to the U.S. from Nigeria, so I definitely identify as Nigerian. But I’m also an African-American person. I have this culture at home that doesn’t always line up with what’s going on outside of it. At times, I don’t always feel particularly embraced or accepted in either.”

On Soften, Kesswa’s uses those disparate cultural influences to build her sound. “I was inspired by the song structure of traditional Nigerian music and Buddhist mantra,” she says. “I wrote each song as an affirmation to invoke the manifestation of my dreams of being an artist. The sequence of songs carries the listener through the experiences I had while creating Soften. “Open’ illuminates the grief and fear I felt while describing my longing for freedom and inspiration. ‘Contemplate’ describes the anxiety I felt and my decision to focus on enjoying the process. ‘To Find’ speaks to the manifestation of my literal dreams.”

And while Soften is still a week away from release, Kesswa is already plotting her next move. “I’m currently working on music with Shigeto,” she says. “He’s got a new album coming, and I’m a vocalist on it. I’m also in the process of putting together my album and really thinking about what that will sound like. I’m really looking forward to what’s next.”