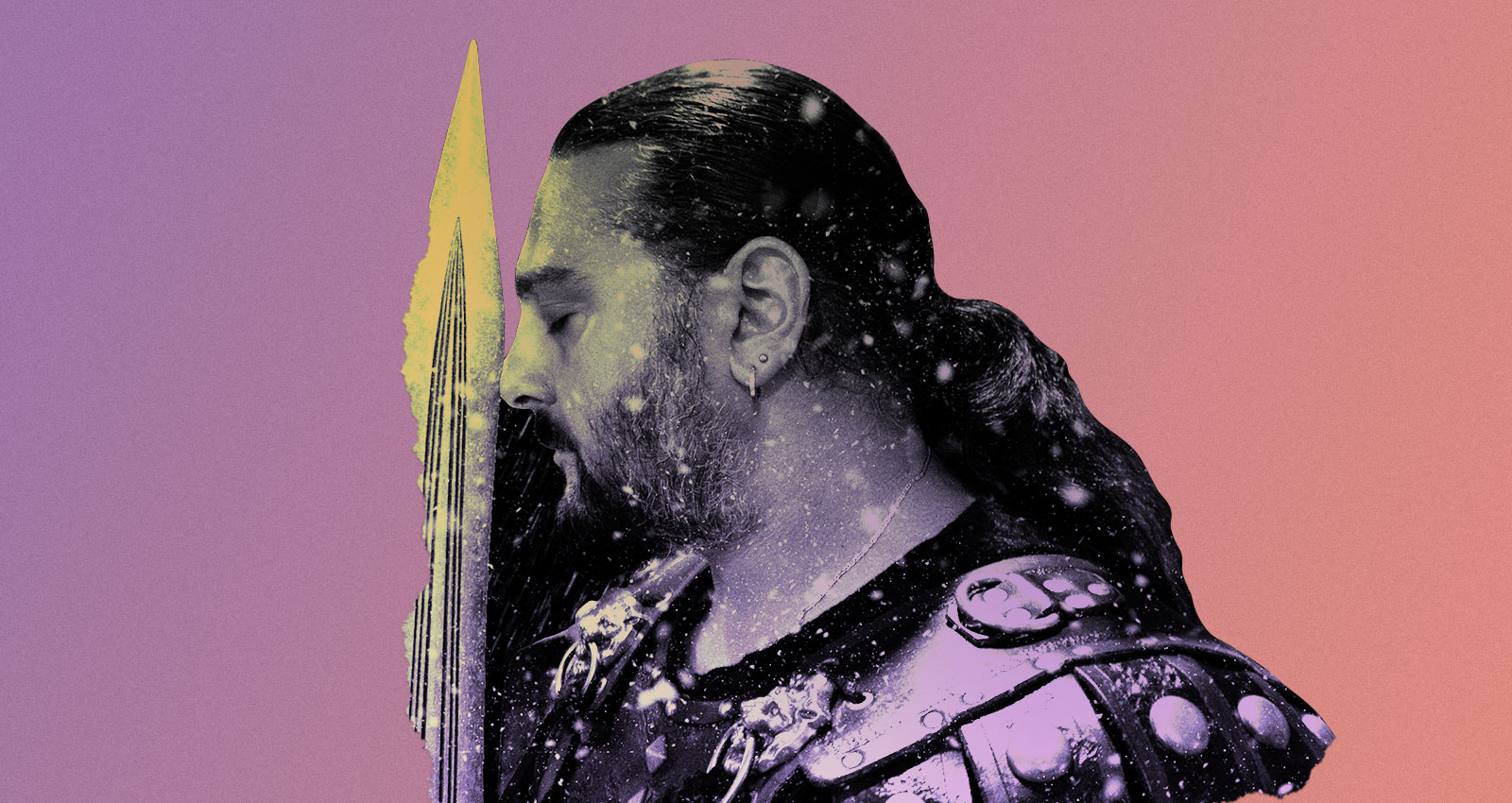 An exhibition currently on view at the British Museum in London asks audiences to reconsider whether Nero, perhaps the most widely reviled Roman emperor in history, was as bad as his reputation suggests. “Anything you think you know about Nero is based on manipulation and lies that are two thousand years old,” the show’s curator, Thorsten Opper, told The New Yorker in June. Opper’s exhibition attempts to place Nero into a wider context—one that doesn’t excuse his reported profligacies, but rather interrogates who was doing the reporting.

The Thirteen Years of Nero, the bombastic new album by symphonic death metal veterans Ex Deo, is interested in the same questions. “History is always going to be written by the winners,” Ex Deo frontman Maurizio Iacono says. “Tacitus and all these people that were writing about [Nero’s] reign were all pro-Senate people, so they’re going to have a view that’s favorable to the people that were defending the Roman hierarchy. He was an outsider that came in and didn’t want to be in that position. He wanted to be an artist, he wanted to be an actor, he wanted to be different things. The one thing he did not want to be is the emperor of Rome.”

Iacono can talk about ancient Roman history like a professor, but the way he channels his passion for it into death metal is anything but academic. Ex Deo’s four albums drop the listener into a vibrant recreation of the Roman Empire, with all its attendant blood and viscera. Iacono launched the project in 2009 as an offshoot of his main band, Montréal melodic death metal stalwarts Kataklysm. He first dabbled in Roman themes with Kataklysm, charting the rise and fall of the Empire on the “Roma” diptych from 2001’s Epic: The Poetry of War, but he knew right away there was more he wanted to say: “It’s a vast, vast, vast, vast thing to explore, right? It’s a thousand years of history with different subjects and different wars and different people that reigned.”

Besides his obvious fascination with the subject matter, Iacono’s other main impetus for starting Ex Deo came from a desire to honor his own family history. “My heritage is Italian, so it’s always been around me,” he says. “When a lot of these bands started coming out with different ideas, like the Viking stuff that Amon Amarth did, although I liked the music and I liked the band, it didn’t connect with me because my heritage is different.”

Over the 12 years and four albums since Ex Deo’s founding, the band has moved steadily toward lusher and more baroque sounds. 2009’s Romulus sounded a bit like Kataklysm with more keyboards, but by 2012’s Caligvla, Ex Deo had clearly differentiated themselves. The orchestral components had become as integral to the songs as the crunching guitar riffs and Iacono’s throat-flaying bellow. 2017’s The Immortal Wars was their first full-on concept record, trading the shorter vignettes of the first two albums for an album-length exploration of the Second Punic War. On The Thirteen Years of Nero, the band scale new heights. The narrative is more sophisticated, the tone more operatic—and its songs rank among the best Ex Deo have ever written.

“It’s a journey to listen to this record,” Iacono says. “You can’t just listen to one song and be like, ‘This defines the album.’ That’s not the case. It’s actually very guitar-driven when it starts. And I think it transforms itself as the record goes along. It becomes more epic, grandiose, with the big orchestra fills and all this stuff that comes later on the record.” Those orchestral parts come courtesy of Clemens Wijers, the Carach Angren keyboardist who has become as essential to the Ex Deo sound as Iacono, along with guitarists Stéphane Barbe and Jean-François Dagenais.

The Thirteen Years of Nero opens in the years before its eponymous character’s reign, with the driving melodeath epic “The Fall of Claudius.” Nero’s mother, Agrippina, married the well-liked emperor in a bid to make him adopt Nero as his heir. Once he agreed to the arrangement, Agrippina poisoned Claudius, setting the stage for Nero’s ascension. From then on, the album attempts to square the various sides of Nero: the reluctant king, the tortured artist, the ruthless persecutor of Christians, the son who had his own mother killed, the emperor who fiddled while Rome burned. Accordingly, truth and legend freely commingle.

“I think that the truth’s been kind of manipulated,” Iacono says. “I don’t think [Nero] set Rome on fire, and the fiddle didn’t exist at that time. I just use the myth of it because I think it’s such a cool folk story. I was like, ‘You know what, we’re gonna blend a little bit of both.’”

Certainly, the image of the mad emperor sawing away at his violin while his city burns to the ground is a powerful one, even if it is completely fabricated. The power of The Thirteen Years of Nero—and Ex Deo’s music in general—is to throw us in the middle of scenes that dare us to separate fact from fiction. “The Fiddle and the Fire” is one of several emotional peaks on the album, and it feels every bit as real as the songs with more solid historical grounding. “It connects people right away to the idea,” Iacono says. “It puts you there, so we kept a little bit of that fantasy. But accurately, I don’t think he did that. He was actually trying to save a lot of people who were fleeing the fire by putting them in the palace.”

And so we return to the question of whether Nero was the monster that centuries of popular history have painted him as. The Thirteen Years of Nero is too nuanced a portrait of the man to answer succinctly, but one does get the sense that Iacono finds him at least a little bit sympathetic. Perhaps he even sees a little of himself in this man who felt he was born to make art, not lead Rome. On the album’s elegiac closing track, “The Revolt of Galba,” the emperor lies dead, having committed suicide to avoid execution by the Senate. Iacono grants him one final dignity: “You can still hear Nero’s poems in the arena of death…”