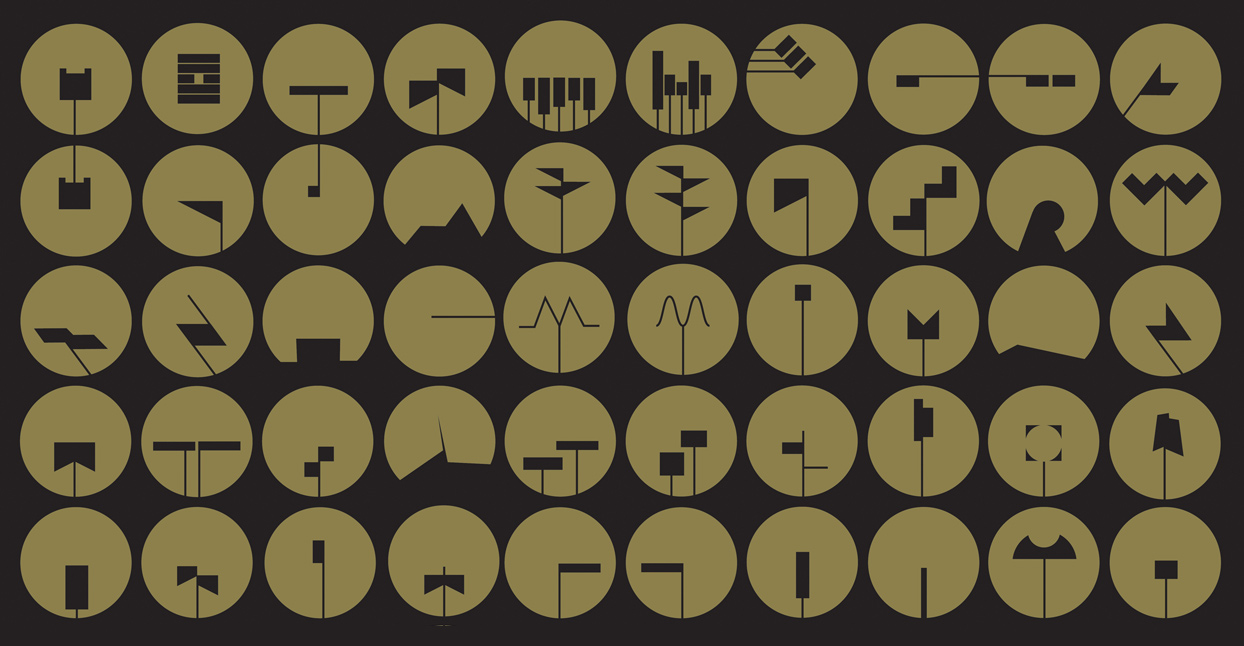 Eleh‘s music could be described as a meditative moan. For the last decade, he’s crafted compositions that are long, slow and contemplative, often warbling in strange frequencies, sometimes barely there at all. It’s so soft that it’s hardly audible, similar to the hum of power lines outside. Other times, its deep bass tones are forceful enough to buckle the air in a room. A note appended to one album reads, “Volume reveals detail.” Another: “Incorporating tones as low as .05 hz (well below the range of human hearing) Eleh is as much of a physical experience as it is an audio one.”

All of the music is made with modular synthesizers, with an ear for the most intricate details of microtonal control. “Eleh came about quite by accident, while trying to sync two oscillators on an old modular synth,” the artist says. “The resultant rhythms from the closely-tuned pure wave forms were infinitely fascinating and entrancing. I forgot about syncing the oscillators, and instead followed this path.”

The artist behind Eleh chooses to remain unidentified—less out of a desire for cryptic mystery than a desire for his music to act as its own corporeal force. “I don’t think of it as anonymous—it just doesn’t have an identity attached,” he says. “Eleh is about letting go of a lot of things you want.”

His process is just as deliberate. “I build a large consonant mass of sound, then take it apart and mix it back together again and find combinations of sounds from within that mass,” he says. “It really is about mixing things very slowly so that they arrive in such a way that you didn’t notice them coming or going—so that things are morphing and changing slowly, beyond the point where it’s perceptible. At its core, it is a meditation.”

With a significant amount of Eleh’s discography now available on Bandcamp, the artist—based not in Sealand, the self-styled micronation in the North Sea off the coast of Suffolk, England noted on his page, but somewhere less-mysterious in North America—picked five especially momentous releases from his discography and talked about the ideas behind his music.

My birthday is in March and, right around then, I would always hear North American woodcocks behind my house. Birds and good modular synths are almost indistinguishable in my mind: the purity of high-resolution analogue sound, and hearing something firsthand in nature. Woodcocks sit on the ground and make this sort of sawtooth-wave buzz, then take off, flying straight up, bleating as they rise. They reach a peak, fall, and begin spinning in a wide circular pattern so that the sound of their wings, which sounds like modulated filter resonance, could come at any point in a 360-degree field around you. To be in the middle of it is a thrill. There was a full moon on my 35th birthday, and the woodcocks were out for the first time that year. I was standing in the field under the silver glow of the full moon. It was windy. Leaves blew by. A friend and I were talking. The “Circle” pieces [there are four total, interspersed on different releases] are literal synthesis: synthesizing the sounds of experiences, organized in a way that models the real experience and the feelings they contain. Someone recently emailed me and said they heard the sound of a woodcock in Circle Three: Full Moon at 35Hz. They were precisely right.

Homage to the Square Wave

I was reading Josef Albers’s Interaction Of Color when I recorded Homage To The Square Wave. There’s a close relationship between how Albers was using color theory and what I want to do with oscillators and tuning. His book Interaction of Color was influential, and Bauhaus people in general I find to be inspiring. Visual inspiration has been an essential part of Eleh, and drifting off into different prints and paintings has always helped me slow down. Neil Burke’s print really helped bring out some of the forward momentum in Radiant Intervals, and Japanese woodblock prints always reinforce a sense of calm and stillness. Albers’s approach to color, at its purest, is like closely-tuned oscillators: the idea of taking two colors, putting them next to each other, and not just thinking about them individually, but also how they affect one another and overlap. Compare that to taking a sine wave, putting it next to another sine wave, and being able to focus on how those waves affect one another in a pure way.

Radiant Intervals represents a direction I would like to keep going in. Someone like Alvin Lucier, at the core of his work, is trying to get out of the way of sounds to give them as much room as he can, and not necessarily use them as an expressive tool. But I want to use them expressively, and this could be the closest I’ve come to that. The pieces on Radiant Intervals have a way of being expressive, but without crossing lines I don’t want to cross. Through this compositional approach I learned, or realized, that Eleh is very rooted in improvisation. If I use improvisation as a starting point, I can write and record something much faster. If I write out the frequencies first—if I start with a score—it becomes a different experience that is harder to complete. Radiant Intervals is a record that is eventful and expressive, but at the same time, well-mixed and smooth—as if it were a longer, dronier record than it actually is. It epitomized everything I wanted to do up until that point, but then wanting to make more of it and to evolve it was hard.

This was early work, made when I was creating things very intentionally, but I wasn’t thinking about whether or not I was making a record. I bought my first modular synthesizer a few months earlier, and it made a lot of things possible. I’d been working on analog synthesizers for a long time without studying synthesis, but was able to intuit my way around. By learning as I went, I was really paying attention to what I was doing, and it all sort of came together when I was working on these pieces. It became very meditative, quieting, and I was really getting into sounds that I loved. I was finding my way to places and wasn’t over-thinking it. I was finding what I was looking for and finding what I needed.

[Regarding a dedication to Charlemagne Palestine on Floating Frequencies/Intuitive Synthesis III] I had this experience, long ago, when I was walking late at night after working on music and hearing the long envelopes of sounds of passing cars on the highway, way off to my left, and then another highway. way off to my right. These sounds were miles and miles apart but were interfering with one another. Years later, in the notes of a Charlemagne Palestine disc, I read his recount of a similar experience. I realized that observing incredible acoustic phenomena is a timeless, eternal experience. All this wasn’t coming from me as much as I thought—it was part of a larger whole, the timelessness of long tones and how evocative they can be.

My grandfather was an electrical engineer and a ham radio operator, so as a boy I heard and loved electronic sounds. Eventually we talked a bit about analogue synthesizers because I knew, as an electrical engineer, he was familiar with the circuitry. He was also an early computer hobbyist, and there were always advertisements for build-your-own synthesizers in hobbyist magazines. The Retreat record I made right after I got my first Serge modular panels, which are uniquely dense, deep and extraordinarily high-resolution. I brought them up to my grandfather’s cabin—he had been dead for years, but the cabin is still in the family—with the intention of trying to find the sounds that I remembered emanating from his ham radio rig when I was little. It was surprising how quickly I was able to get into them. It was a powerful, solitary experience to go there and evoke those memories and find sounds I remembered from my childhood. He had big oscillators and there was so much frequency modulation that went on, the way the voices sounded. I wish I had recordings of him on the radio. Retreat, like a lot of the pieces I make, is very personal—I enjoy the fact that they can be so full of meaning for me and then go out into the world with little explanation and people can have their own unique experiences with the sounds. I hope I haven’t compromised that experience by giving some background information.