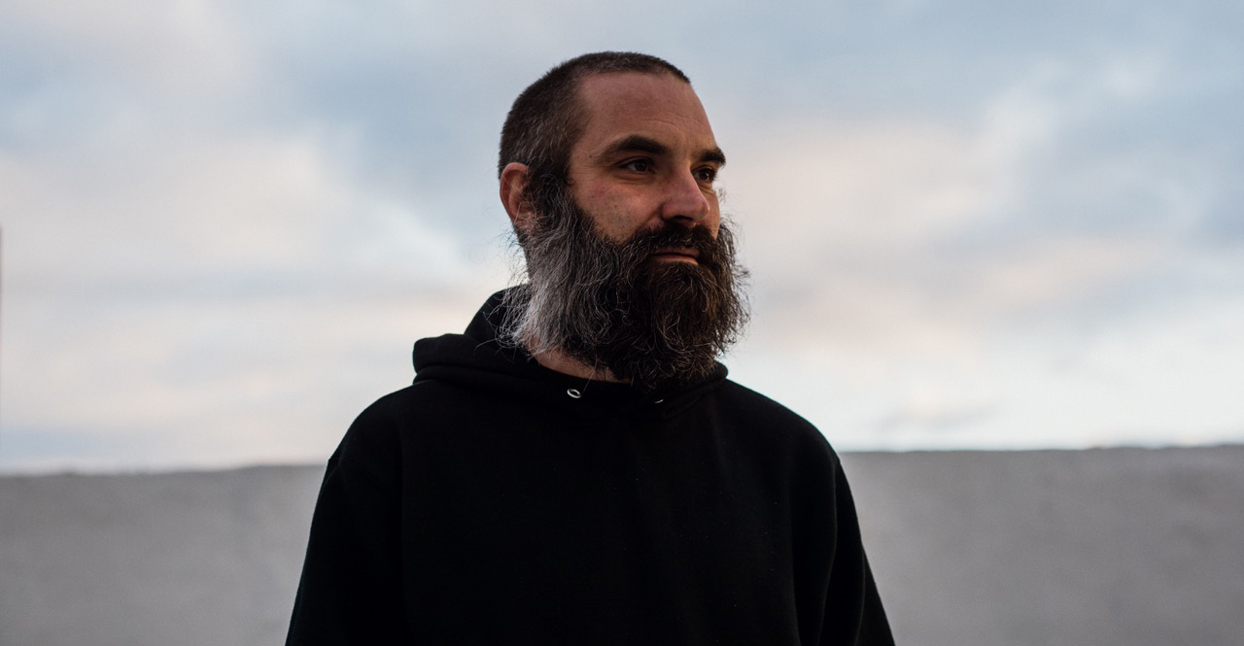 There are those fleeting moments where the fear of change dissolves, when our vision becomes clear and we accept whatever inevitable transformation might come our way with open arms. For Jacob Long, a musician whose past includes stints in rollicking dub punk group Mi Ami and shambolic noise rockers Black Eyes, the ability to change seems not only innate, but essential to his creative survival. Under the solo moniker Earthen Sea, Long has been exploring the beauty and drudgery of everyday life through remarkably personal electronic music.

An Act of Love, Earthen Sea’s debut on Kranky—a safe haven for fellow travelers in cosmic experimental waters, like Tim Hecker and Stars of the Lid—is night music. There’s a ghostlike mood to it—a sort of halogen-lit, steam-through-a-steel-grate metropolitan atmosphere. Being a solo artist in a city—any city—when you’re unconcerned with popularity can be a lonely, but rewarding, task. Songs like “Exuberant Burning” are carefully textured and layered to evoke that mood, while others, like “The Flats 1975,” feel kinetic and alive. As an album, An Act of Love doesn’t simply drift cautiously through the silent streets—there is intention and grounding to Long’s work.

We talked with Long about experimental music performance, shifting dynamics in art, personal change, and community-centered acts of love.

An Act of Love seems to be a record that is desperate for a happier ending, from the song titles to the rising peaks of melody throughout. Yet much of the album’s aesthetic has darkness as a recurring theme. Is this duality intentional? Do you find there can be healing by reaching into darker places?

I don’t think it’s a happier ending I’m looking for, but I guess overall my music is an attempt to express my interaction with life and the world around me—everything light, dark, and the shades in between. It’s funny, I understand that both my art and a lot of the sound I use could be seen as, or is, very dark, but overall I don’t feel it as an expression of such—just an expression of the day-to-day experience of living, or something… life isn’t easy, but being alive is pretty great.

In your bio, you say that much of An Act of Love is inspired by ‘the night.’ What aspects of the night informed this record? As a person who’s lived in a few different U.S. cities, what do you find different about the atmospheres of DC, San Francisco or New York?

I mean, each of those cities are very different, but I would say the biggest influence in terms of being ‘out at night’ on this record was definitely San Francisco—I’ve only been living in New York for a short time, though I’ve always enjoyed the manic energy of being out super late at night here when I used to visit. San Francisco is just such a nice city to be out in, especially walking around, and at night it’s often even more special—often very quiet but still, in an urban environment there are hills, fog, random streets and alleys… just a nice place to wander around.

Yeah, San Francisco is a beautiful city. It’s terribly expensive, though. It must be difficult for the city to sustain a thriving art and music scene. Did any of the tensions between Silicon Valley and the art world creep into the production of An Act of Love?

Definitely—a lot of the contrasting feelings brought on between what I loved about San Francisco and what it has increasingly become fed a lot of what was going on in my head during the making of this record. And while there certainly is a tight-knit, amazing music community there, it’s hard to deny that the changes in the city have really led a lot of people making music to move elsewhere, myself included.

This may be venturing slightly off-topic, but in the wake of the Ghostship tragedy, Pizzagate and the Pulse shooting, what do you think the future of artistic spaces in the U.S. is? How can we ensure that the “beat goes on,” as it were, in an era where music and art are seemingly easier to produce (with advances in consumer technology) but are  becoming increasingly more difficult to sustain in physical space?

I really don’t know if I have an answer for this. Things don’t seem like they are going to be any “easier” at all. I will say that people and communities have figured out how to make spaces for coming together and sharing music for a long time, and it will probably continue. I think. And I definitely agree that it’s something that’s important to maintain, however difficult it may become. Having a physical space and a community is really important.

You’re something of a musical adventurer. You’ve been in raging art punk bands like Black Eyes, dubby rock bands like Mi Ami, and you even had a stint playing free jazz. Is there a tie that binds all of these projects together, or do you approach them all differently?

I’ve never really compartmentalized any of my musical interests, whether listening or playing. From a young age, I was pretty interested in a wide range of sounds and, at different points, I’ve been able to explore some of them—either with friends, or by myself. There are obvious differences between playing with other people and doing something on your own but, outside of that, I would say a lot of my process of creation has been pretty consistent for a long time now: a lot of composition based on jamming and improvisation and not really trying to plan or think too much about “what” something is going to be while writing and creating.

An Act of Love has moments that sound unexpectedly lush, but also strangely robotic, like the song “Delicately in Sunlight.” Is it strange that I can hear techno and found sound influence on that song? It feels like I’m hearing the echo of a train pulling out of the station—that sort of mechanical hum that probably inspired Detroit techno. Is that a proper influence for this record?

I would say there is definitely more of a found sound, glitchy electronics vibe—in my head, at least—in terms of that song. I definitely cut up some of the sounds I used to purposefully create hum and glitchy sounds on that. I enjoy some Detroit techno, but I don’t know if I’d say that’s a primary influence on what I’m doing—although it’s hard to deny that as a source in some ways when you are working in some sort of 4-on-the-floor framework.  Detroit-wise, I definitely listen to Theo Parrish and Moodymann more than the more “techno-y” stuff.

I am a latecomer to Theo Parrish and Moodymann, but I’m suddenly becoming increasingly ravenous for it. What other sounds were you listening to while constructing An Act of Love?

Yeah those guys are totally amazing! Other than that I was listening to a lot of Vladislav Delay, ‘90s NYC rap, Harold Budd, Oval, Alice Coltrane, and a good amount of North Indian ragas.

To go back for a moment to the dynamics of playing solo vs. playing with friends in a band: what are some of the key differences? Was there ever a moment when you thought, ‘How am I going to translate this live?’ How do you bridge the gap between a crazy live band, where everyone is playing traditional rock instruments, to the more solitary, subdued nature of instrumental music?

Yeah, I actually stopped playing solo, especially live, for a while a number of years ago specifically because I was grappling with these issues. I don’t know if I’ve sorted it out, but having some sort of environment that is not just the typical ‘me sitting onstage with my laptop with people watching’ is kind of key—whether that’s me performing in a dark room, with fog machines, some sort of visual, anything to kind of make it so that the music, sound, and experience is what is important, and not the ‘performance’ per se.

What is the future for Earthen Sea, or for other projects—collaborations? Tours?

Just to make new music and hopefully play some shows this year. I have a Midwest trip being set up now for late spring. I just put up a self-released digital album that is a benefit for a couple organizations [International Refugee Assistance Project, American-Arab Anti-Discrimination Committee, National Lawyers Guild]. I felt that was the least I could do. Other than that, I’m just trying to keep my head on for the trying times ahead.