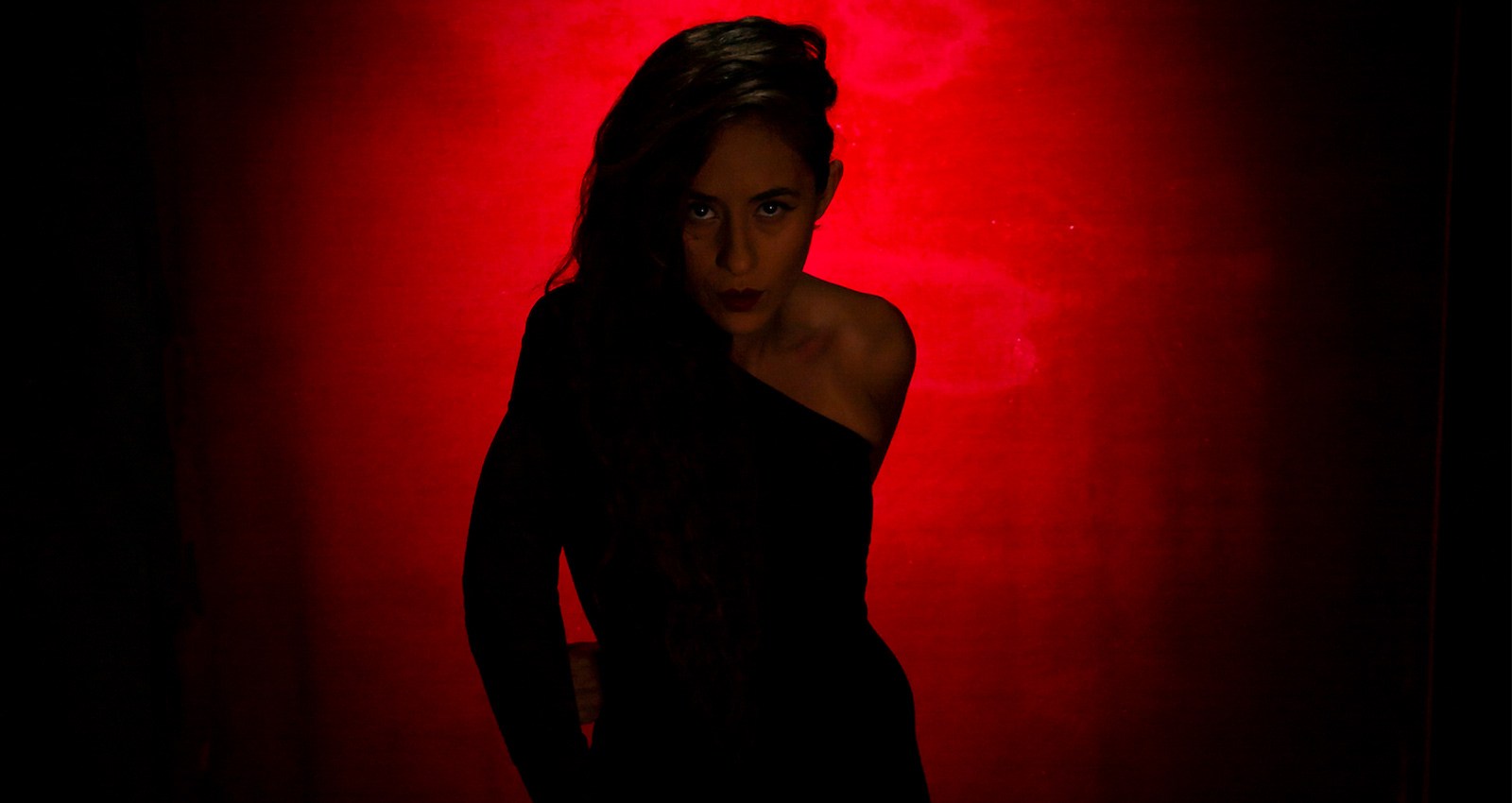 Describing the work that led up to the release of her debut album, Die Kraft, Berlin-via-Mexico-City producer Demian Licht speaks of shamanistic rituals, other lives, and fulfilling her destiny. Licht is the kind of artist who finds meaning everywhere she looks; it’s no surprise that her cinematic techno epics have a thematic depth, whether drawn from cosmogony, autobiography, or some combination of the two.

Those connections start with her name, Licht. It’s a chosen name, of sorts—a riff on her actual name, Luz; both words mean “light.” “I wanted to integrate the concepts and the issues I like from both Germany and from Mexico within this one project,” she says. This adoption of a specifically German identity is meant to reflect the influence of Berlin on her work, and to express the tension between her Mexican roots and the gradual pull she’s felt as a producer to relocate to the center of electronic music in the world. That tension permeates Die Kraft.

Licht first travelled to Berlin in 2012, a trip which gradually became a twice yearly pilgrimage; earlier this year, she permanently relocated to the city. “In Latin America, or Mexico, we don’t have a music industry with the infrastructure to be able to make your work properly, in terms of agencies or clubs,” she explains. “You can have a life and make a living doing these things properly in Europe. In Mexico, it’s not possible at all.”

Relocating was hardly an easy decision, but Licht says it was necessary; Mexico tends to undervalue its emerging artists. She references the term “malinchismo,” named for La Malinche, a woman who betrayed her Nahua people to the Spanish conquistadors. “We still deal with this concept,” Licht says. “There’s this mentality that the things that come mainly from the USA or Europe are better than the things we make here. I know in Mexico there’s a lot of talent, but there are these old misconceptions that don’t fit at all with the moment in the world.”

At around the same time she began thinking about relocating to Germany, Licht was also immersing herself in learning about Mexican history and tradition by taking part in ceremonies led by female shamans. “It was like a deep exploration of all these concepts within Mexican cosmogony, which have been forgotten,” she says. “I think that’s helped me a lot to be more connected with my roots. Even if I’m living in Germany, I think [this knowledge] is something that is very strong in myself now, no matter where I am.”

Those concepts heavily influenced Die Kraft. Written and recorded over the course of 18 months, the album is a way for Licht to plumb the depths of her identity as she feels equally tethered to two distinctly different parts of the world. It opens like a ritual, with a literal invocation as panning hums envelop and introduce the listener to Licht’s dynamic world of sound. “I’m invoking the concept of the force, ‘die kraft,’ which embraces the main identity, the main god venerated here in Mexico, Ometeotl,” she explains. Ometeotl is the god of duality, and their presence on the record speaks to the balance between cultures that Licht was seeking to strike in the album’s songs.

Die Kraft oscillates between Mexican and German concepts, deftly navigating weighty ideas through what’s predominantly instrumental music. Licht draws on related concepts from each culture, finding points of intersection between the two. “Ollin,” named for the Nahuatl word for “movement,” is fittingly full of high tempo bass and phasing synths. Ollin is also the day on the Aztec calendar that represents Xolotl, a shapeshifting twin god of death and the underworld, offering the first taste of enveloping darkness that Licht will contrast with elements of light over the course of the next 40 minutes.

Later, “Instinto” balances billowing black synths with detached, disembodied voices that cut through the densely layered production. “The vocals for me are bringing the fragility and the light into the tracks, which are really dark and strong and deep sounding,” she says. “By using the voices, it was my intention to bring a balance in the aesthetic.” Vocals serve that purpose throughout the record, adding a sense of humanity, however ghostly. “Schwingung,” German for both oscillation and vibration, reinforces the conceptual importance of the voice, which then culminates on the title track, building upon and complimenting the movement established with “Ollin” with its own propulsive energy. Here the darkness is punctuated by a chorus of echoing voices repeating melodic lines, “the force” of the album resulting from a synthesis of light and dark.

“In all my music, I’m most interested in producing something with a strong concept behind it,” she says. “I’m not interested in making electronic dance music for clubbing. I’m trying to challenge myself in terms of concepts and sound design. How do I transform shamanism into sound design into electronic music? I always like a challenge.”