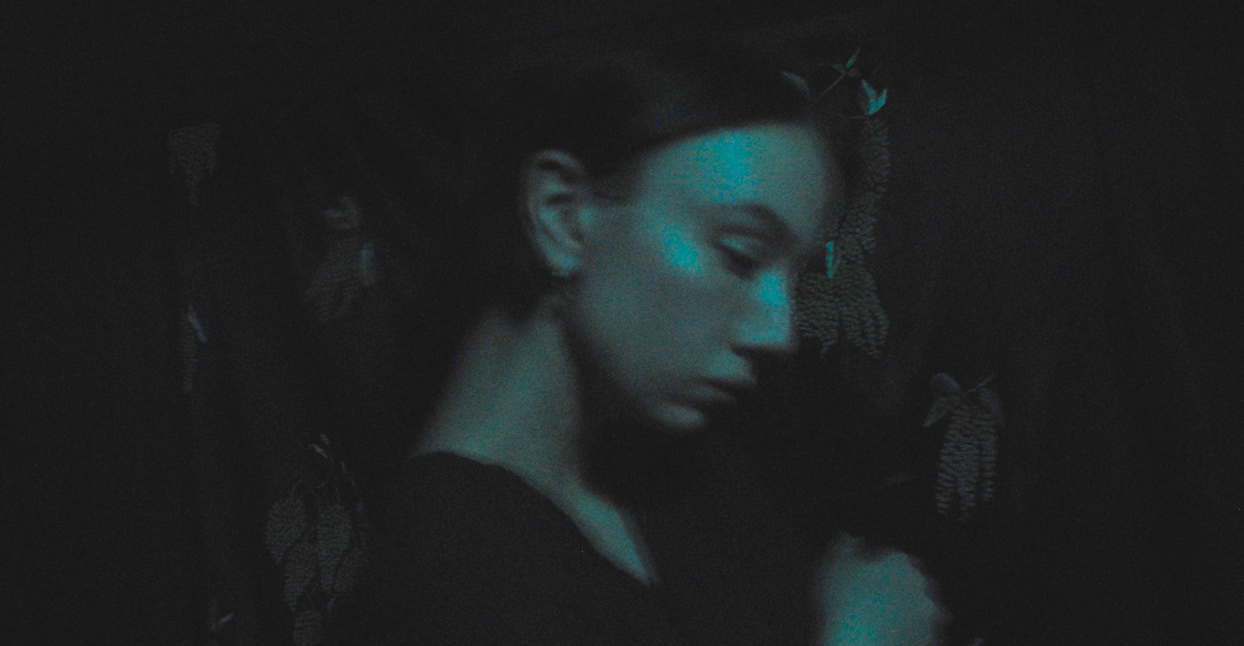 There’s not a lot of information on the woman who records as Demen—and that’s by design. All that her label, Kranky, will offer is that her name is Irma Orm, and she’s from Stockholm. Beyond that, even Kranky has scant details. The label was initially contacted by Demen via email a couple of years ago, anonymously.

“There is no great thinking or planning behind me being anonymous,” Orm says in our interview—conducted, at her request, via email. “I am simply sharing only what I find relevant for the purpose of the project, and leaving out that which is not.”

At a time when social media puts a premium on being both constantly present and easily identifiable, Orm’s approach seems almost radical. Her insistence on anonymity means that the emphasis is put, first and foremost, on her music. Demen’s debut on Kranky, Nektyr, warrants that singular focus.

With a sound and feeling as shadowy as its murky cover art, Nektyr’s seven songs feel like messages from either a distant past or a deep cavern—or from a deep cavern, in the distant past. As Orm’s voice sings—coolly, calmly, swathed in reverb—dark tones and slow rhythms surround and envelop her. It might be lazy to say that music like this could only come from Scandinavia, but whatever images one might have of cold northern climes and existential solitude certainly apply.

Songs like “Niorum” and “Ambur” are at once quietly catchy and monuments to pure, total mood. Exploratory instrumentals like “Korridorer,” with its calm central keyboard figure (if it is, indeed, a keyboard) and its heartbeat-like conclusion, ramps up that atmosphere even further. In all, Nektyr manages the trick of sounding like something that could have been on late ’80s 4AD or ’90s Projekt, but never exactly sounds like any one thing. It is, simply, itself. Its songs summon grey skies, cold temperatures, and deep, deep melancholy, delicious and unnerving.

Orm offers little in terms of process, and won’t even say whether she records at home or in a studio. Instead, she says, “I am rearranging my setup, so all is in flux right now.” Her vision for Demen extends beyond her music. “I approached the work with great seriousness,” she says, “seeing the goal with a constant tunnel vision.”

It’s easy to imagine something like this being released to Bandcamp directly, stumbled across by fans via a random tag search. But working with Kranky, with its well-established reputation for the artistic and experimental, provided Orm with balance.

“There were a couple of reasons why I chose not to release the album on my own,” she says, “the main one being that I wanted to focus on working only on the creative content. So using the aid of a label felt necessary, in this case. Choosing to put the music into the context of any existing label is something of a compromise, but ultimately there is a lot of freedom in the context I’m in now.”

Part of that freedom lies in the naming of her songs. Like Nektyr itself, the song titles feel familiar, but are not entirely understandable—at least to an English-speaking audience. Those choices are almost as much of the overall vision as the music itself.

“I wanted to summarize the songs in the titles, call them by their real name,” responded Orm when the comparison was suggested. “Some names are new, but some are in Swedish. Lyrics usually come by chance, either by whatever comes when I sing the sounds I want, or by some found phrase. I tend to be more interested in the material of the language—particular letters and combinations of such.”

That slippery feeling of something incomprehensible, or just on the verge of being clear, perfectly captures the Demen project as a whole. When Orm speaks of her inspiration, she mentions, “the sensation of a square in a certain shade of muted purple; the word ‘delicate;’ the idea of ambience, of some long-lost alien pop music.” That the collage of ideas is not strictly musical provides context for her aesthetic vision.

“I would say I am dedicated towards my work,” she says. “It is not a virtue, but a need to express what I know, but cannot explain.”