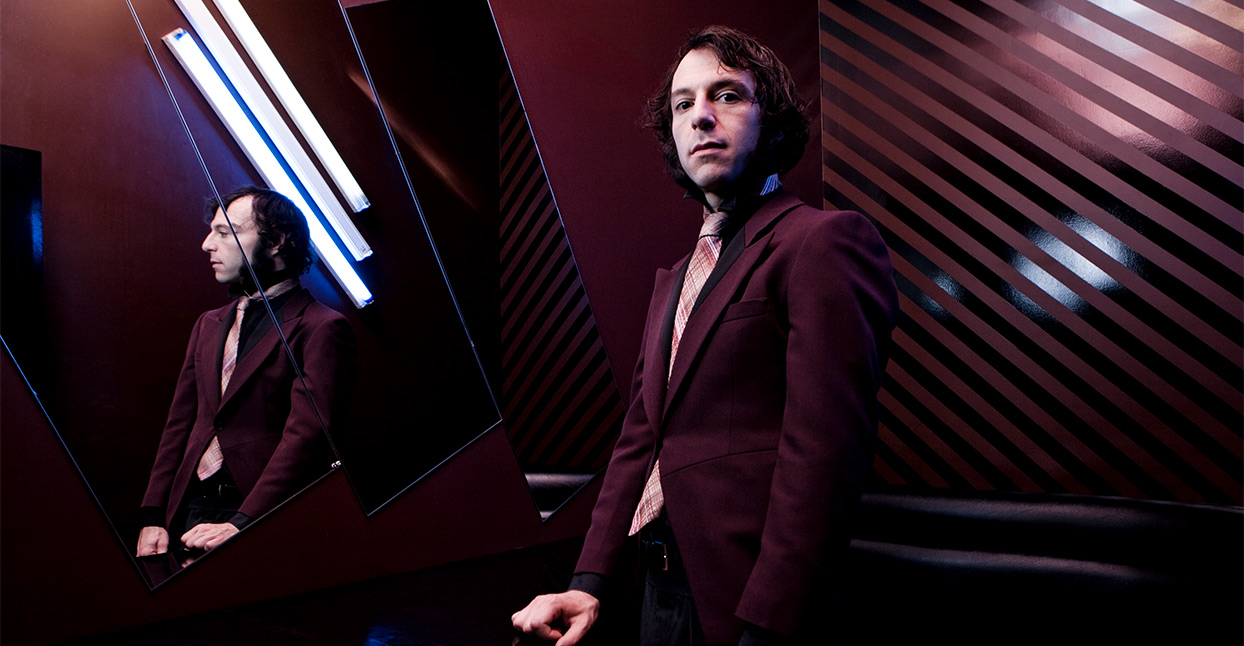 Alfred Darlington has made 17 albums since 1998, and has performed with some of music’s most talented electronic producers—Flying Lotus, DJ Rashad, and Teebs, among others. Darlington—who makes music under the name Daedelus—was an essential part of the Los Angeles beat scene that emerged from the Low End Theory club around 2006, where hip-hop heads fused blunted beats with varied electronic styles.

Still, despite his prodigious output, Darlington says he hits creative roadblocks. “It doesn’t feel like I’m just sitting at a typewriter waiting for the words to come out,” he says, describing how tough it can be to create a new album. “I only try to write music when it calls to me. And oftentimes I find it such a gyre that I feel pretty embarrassed about it.”

Darlington turned 39 on Halloween, three days after the release of his latest album, Labyrinths, which blends the diverse array of electronic genres he’s played the past 20 years as a DJ and producer. He spoke with us at length about the album’s songs, and the people and art that influenced them.

One of the more notable influences on the album, Daedelus says, is the writer Anaïs Nin—whose 1944 story collection, Under a Glass Bell—features several stories with the word “labyrinth” in the title. “She’s an incredible writer,” he says. “She’s mostly associated with her ‘sexual depravity,’ but really she’s an empowering writer who happened to write in the autobiographical tense. I feel like more than the Borges, her work is a little more central to the record. Working on this record in general, there were many threads that I wanted to tie into the piece. And her work, being intensely personal but also satisfyingly broad; it gave me a lot of courage to continue.”

While Daedelus is a fan of some mainstream music, he says he’s troubled by certain listeners who seem more interested in the mythology surrounding the artists, and not the work itself. To Daedelus, standout rappers Lil Uzi Vert and Young Thug are breaking all sorts of new ground. “I think Lil Uzi is a much more revolutionary figure than a lot of people would say,” he asserts. “Or Young Thug, Young Thug is even better. I really do appreciate the fact that, here’s somebody who less and less people can be, in an era where more and more people are appropriating. It’s easy to feel very alone in the musical world at large. And then you see somebody else who shines so brightly from such a unique vantage that it’s very inspiring. So I’m grateful for 2016; those kinds of [breakout musical performances] have been wonderful.”

Daedelus’s affinity for L.A. dance music can be traced to one of the godheads of Low End Theory, and the city’s beat scene in general: Flying Lotus, the iconoclastic producer known for his esoteric hybrids of jazz, rap and electronica. “I feel like in a lot of ways, especially with Los Angeles as a record, Flying Lotus spoke of the city directly,” Daedelus says. “ But I wouldn’t call him an ambassador in the traditional sense. He doesn’t wear the crown easily.”

Then he reconsidered: “He’s more of cinematographer, more of a filmmaker than he is a musician at times. And that puts him perfectly in line with this L.A. tradition.”

“Aries,” a collaboration with producer Teebs and vocalist Darren Ashley, is the first song on Labyrinths, and a perfect example of how Daedelus—one of music’s most collaborative artists—likes to work. Teebs had already made a bare bones version of the piece when he called Daedelus in to help finish it. Daed liked it so much that he decided to place a version of the song on his own album. “I was so appreciative that he would start the process,” Daedelus says. “In L.A. in general, people are very busy and very creative, but very heads down. I’m always reaching out for those initial moments.”

“The people I find myself going back to—like my wife Laura (Darlington) and Teebs—this continuing conversation with these people has yielded so many more results. By ‘results,’ I mean a deepening conversation with their artistic selves. I only see Teebs on occasion in the L.A. scene. But when I can work with him musically, it’s like this warp zone. We get caught up super fast. Music does a very good job of that.”

“Special Re: Quest,” one of Labyrinths’s most engaging songs, was inspired by house music and boogie. Daedelus looked to artists like Curtis Jones, who made music under the name Cajmere, including the famous song “Coffee Pot (It’s Time for the Percolator).” Daedelus calls Cajmere “a transformative figure in my life,” saying it was the Chicago house pioneer who helped him get over his bias against four on the floor (4/4), house music’s standard thumping time signature.

“I come from a background where 4/4 was not interesting, not allowed,” he says. “The Los Angeles I grew up in was much more around breakbeats, specifically jungle and earlier rave music. And so the idea of 4/4 was, like, the enemy. It’s so funny to think about in hindsight. My teenage mind wanted to have an identity, so I was ‘for’ something and ‘against’ something else.”

“So here I am hating on 4/4 for totally no musical reason other than my identity. I just remember being out in the nightlife and trying to DJ myself, this would be like ’96. I was DJing a lot of jungle and rave and really enjoying that music. But when somebody broke ‘Coffee Pot’ out properly in the middle of a vigorous set, they were able to get me to that moment where I didn’t hear it as 4/4. It spoke of a place I had never been. It totally took me somewhere.”

“War Drums,” a song that nods to juke—the hyperspeed Chicago dance genre—is something close to a polar opposite to “Special Re: Quest,” according to Daedelus. “Whereas ‘Special Re: Quest’ is full of melody and this exuberance, ‘War Drums’ is like a heavy coat that you wear in the middle of summer,” he says.

“The thing that some people don’t understand about the beat scene is that it’s a sprawling selection of everything,” he continues. “So, we had tons of people championing the juke sounds from way back. I remember shows in 2006 where people would just be playing juke the whole time, juke and grime. Around that time, in 2006, I started playing shows with people like DJ Slugo, so I was exposed to the Chicago variant of the sound, the juke sound. I’m a super-fan of regional dance music, of genre, of the kind of exuberance that people can have coming from a place kind of speaking the story of themselves. It’s incredibly heady when you get into it.”

“With a good juke song, you may have no idea where the rhythm is sitting, but you’re moving,” he concludes. “The dumb part of the brain that wants to clap along with the song is making your whole body convulse. So that’s what I was shooting for with ‘War Drums.’”

“Keeps Fires Burning” is one of the album’s more peaceful, vocal-led tracks, featuring Minnesota singer Vōx. “It resembles a song, for all intents and purposes, which is a little unusual on the record, but maybe conforming to some kind of idea at large,” Daedelus says.

“Vōx is an extraordinary talent and someone who’s less heard from so far, but I do believe that she has incredible possibilities as a singer, as a vocalist, as a writer,” he adds. “Really a phenomenal talent, really special. I wasn’t using all the manufactured tools as our disposal. I feel sometimes the electronic fidget is to kind of dissemble the human and quickly spackle on the digital.”

“I really like the intimate, like a voice that is naked and gorgeous and is beautiful. I don’t mean to put myself in such heady territory, but Bjork is a great example.  Someone who plays with effect and plays with genre, but really, if you look as far back as Post, or ‘Hyperballad,’ you can hear this voice crying through. And it takes you, it’s transportative.”