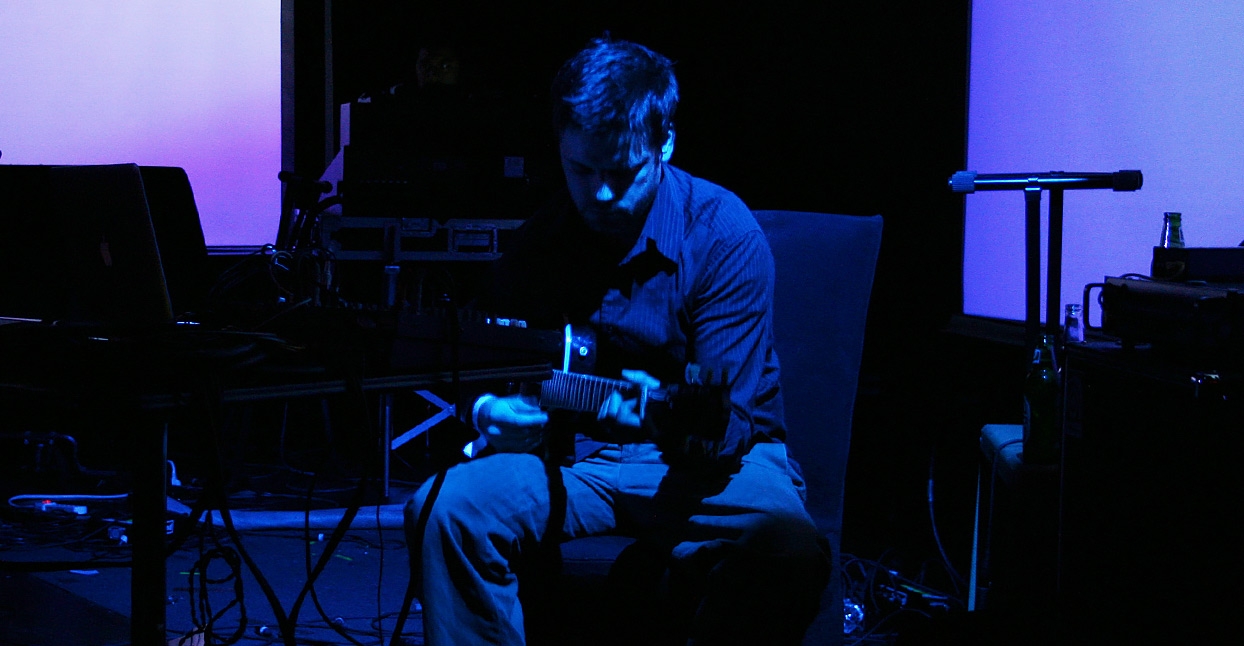 While Erik Kowalski has recorded and performed ambient experimental music for nearly 20 years—initially as Radiogate, but most notably under the moniker Casino Versus Japan—not much is known about him. He’s given a few interviews, and lives a humble day-to-day existence working as a switchboard operator at a hospital where none of his co-workers are aware of his extracurricular activities.

“I like to have a very low-key, anonymous profile,” he says, speaking over the phone from his home in Green Bay, Wisconsin. “I think I had a period in my 20s and 30s where I was more social, and part of a community when I was living in Milwaukee. We had a tight group that worked together and fed off each other. But I think over the years, I’ve become more withdrawn. I don’t feel like anybody has anything to gain from peeking into my world.”

For fans of Kowalski’s work, his inconspicuousness has been a small source of frustration. After the release of 2010’s Night On Tape and a subsequent tour opening for Deerhunter, Casino Versus Japan went quiet for five years before finally releasing a digital single.

While his public profile—such as it was—went dark during that time, Kowalski continued to work, sketching out ideas for tracks on his guitar and putting them aside for future use. That “future use” never came though, and Kowalski ended up letting the tracks accumulate en masse on a hard drive.

“I’ll come up with a melody and I’ll record it so I don’t forget it,” he says. “These were things that were going to be part of bigger ideas. But then I’m overthinking: ‘How is this gonna be a song? Am I gonna throw a drum loop over this, or a keyboard over this? Is that necessary? I’ve already come up with the soul of the track. If it’s 50 seconds long, that’s enough to give it a life of its own.’ Over time, as they started to pile up and I started messing around with sequencing them, it became more clear how they would work together.”

A huge chunk of those songs sketches make up the latest Casino Versus Japan release, Frozen Geometry. Clocking in at just over three hours and made up of 80 tracks, the double cassette and digital album is a beautiful data dump—a soothing, enshrouding journey of processed guitar and tape hiss.

Some tracks are brief, reducing the approaches of guitarists like Robin Guthrie of Cocteau Twins and Vini Reilly of The Durutti Column to excursions that last less than a minute. Elsewhere, Kowalski rests in a melodic idea at length, as on “Snowblind,” where a wispy passage is eventually overtaken by icy crackling and a murky drone that carries on for the better part of 10 minutes.

As calming as Frozen can often be, it also transmits feelings of isolation and solitude. And there’s an evident sadness buried beneath the layers of reverb and minimalist textures. Kowalski doesn’t deny that, even if he won’t go into detail about its source. He alludes to a rough period he went through during those six years between albums, hinting at issues with anxiety and depression. Whatever it was, he says he got through it, in part, by taking lots of walks, listening to his latest creations. It’s something that Kowalski connects to his childhood, when he was a latchkey kid living with a single parent.

“When school was out, my brother and I would go home and let ourselves in and probably have two or three hours alone,” he remembers. “We spent a lot of time doing creative things. It was like this world we lived in that we created for ourselves. I never got over that even as an adult.”

Initially, those creative pursuits were writing and drawing, but around the age of 13, he started dabbling with keyboards and discovered guitars a few years later. Still, Kowalski never made music a serious pursuit until he was in his 20s, when he was under the deep influence of Flying Saucer Attack, Third Eye Foundation, and the albums being released on Kranky Records. (“All my old recordings are just, like, distorted beats and blurry guitars and this attempt at singing,” he says.)

He eventually fell in with that community of Milwaukee-based musicians, collaborating with post-rock group Charles Atlas and releasing his first recordings on local label Star Star Stereo. Along the way, the sound of Casino Versus Japan evolved markedly with each new release. The clean tones and downtempo beats of 2000’s Go Hawaii gave way to the fuzzier melodies of Whole Numbers Play The Basics and voluminous abstractions of Nights On Tape. All of it, though, is a far cry from the muddier world of Frozen.

“I’m totally well aware of production and processing sound,” Kowalski insists. “I’m planning on doing a more traditional record in the next year that will be back to the style that is a little more clear and not as…lo-fi? No-fi?”

What he’s not likely to do is play live very often, or do much promotional work surrounding this, or any future releases. For as much as he would like to make a living off his music, he isn’t willing to take the necessary steps to get there—like interacting with fans via social networking. Nor does he want to let go of his day job, and it’s accompanying anonymity, anytime soon.

“I like being an ordinary person,” Kowalski says. “I like being part of a working class community where things aren’t part of a scene. I like talking to people who have nothing in common with me and know nothing about me. That, to me, is inspirational. I’ve always told my wife that I’ve dreamed of being the man behind the curtain, where you can make a living by basically being completely unseen, and every once in awhile you can throw up this ominous image to show that you’re still there.”