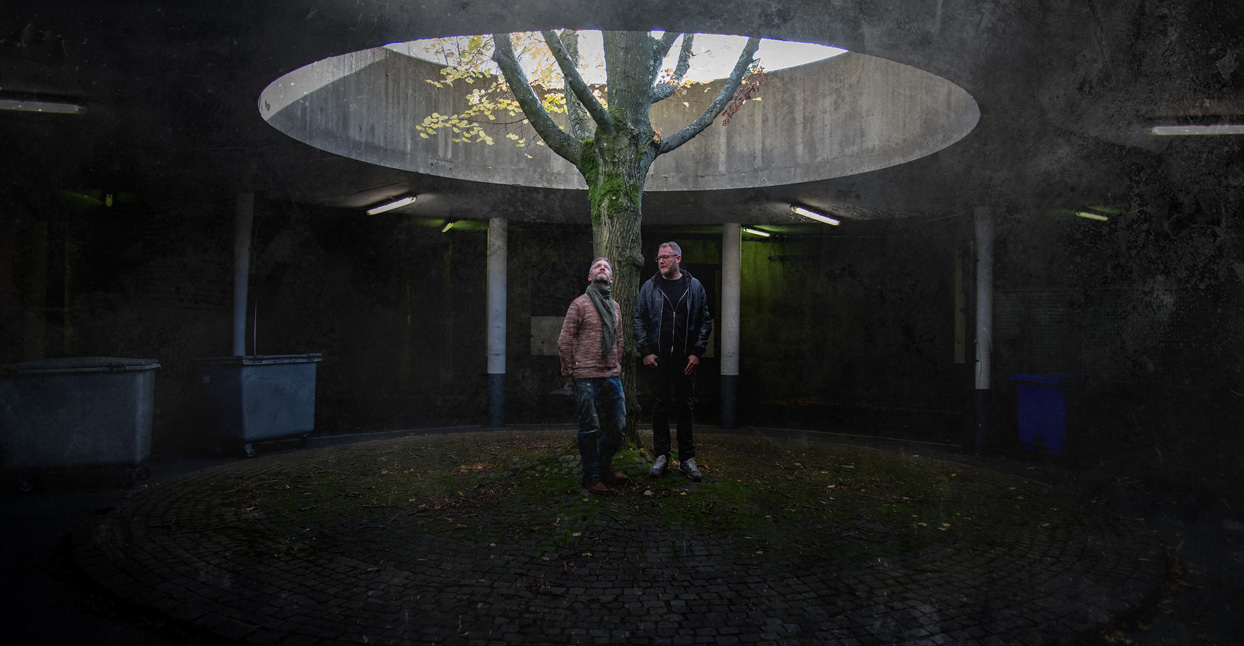 Daniel Segerstad and Johannes Hedberg have been making music together for well over 20 years. The Swedes’ first three albums as Carbon Based Lifeforms—Hydroponic Garden, World of Sleepers, and Interloper—offered psychedelic ambience, like late ’70s Tangerine Dream with an endlessly ticking and thumping rhythm that wasn’t quite fast enough to dance to but that would eventually affect your resting heart rate regardless. There were elements of trip-hop here and there, while other pieces moved into zones reminiscent of the Orb, with odd vocal samples popping up amid the gently swishing keyboards.

Many fans consider these albums, released between 2003 and 2010, to be a trilogy of sorts. But on their fourth full-length, 2011’s Twentythree, Carbon Based Lifeforms headed in a much more abstract and panoramic direction, almost entirely omitting rhythm and human voices in favor of minimalist, droning tracks that could seem inert if you weren’t paying attention to their subtle shifts. One track from Twentythree, “VLA,” was actually an excerpt of a much longer piece—not unlike the Orb’s endless classic “Blue Room,” the full version of which ran 40 minutes. The full version of “VLA,” released separately, ran a solid hour but a slightly cut-down, 45-minute edit exists.

Hedberg says they created “VLA” while experimenting with a particular piece of equipment: the Acoustic Mirror plugin from the sample editor Soundforge. “Acoustic Mirror was an early impulse response reverb; the thing was probably a little bit early for what it was supposed to do, and probably doing a pretty crap job of recreating an acoustic environment, but when you fed it, for example, a pad and a drum loop, things got really weird really fast—most of the times it just went bonkers and the result was unusable, but with some finesse and the right mix of ingredients, you could end up with some really interesting results.”

Their latest album, Derelicts, also developed its sound from the equipment used to make it, rather than the other way around. Strange as it is to say this about an electronic release, it’s a more organic record than any of its predecessors. Many tracks feel kin to the rhythmic music found on the trilogy, with slowly looping music-box melodies drifting atop gentle washes of synth. From time to time, a voice, often female, will utter a few words, but it’s never anything that attempts to impose a theme or concept on the sounds.

The album’s final track, “Everwave,” is a 14-minute journey into headphone space—low-end pulses underpin swirling puffs of keyboard fog, like clouds of space dust eddying past the window of a capsule that’s broken orbit and is drifting toward oblivion. “In the years between making Twentythree and until we started work on Derelicts, we’ve been collecting instruments and our setup is now almost entirely based on hardware,” Segerstad explains. “This changed both the sound and especially our workflow quite a bit. There’s more grit to the sound but there’s also more depth and details in the sounds this time around.”

“When we were using mainly software, we tended to keep fiddling with everything until we sent the tracks to be mastered,” he continues. “With hardware, that’s too impractical, at least for us, which meant that we had to spend a lot more time on sound design before recording each instrument. Redoing everything over and over would mean recording the track all over again, which we really wanted to avoid, unless it was really necessary. Plus, sound design on hardware is a million times more pleasurable than clicking around with a mouse; we get more than our fill of that during our daytime jobs.”

Balancing art and life has been a major priority for Segerstad and Hedberg recently. Six years is an eternity in the world of electronic music, but the only thing they released between Twentythree and Derelicts was a score to the movie Refuge, which they don’t consider an “official” CBL album. Instead, they spent the time taking care of business and living life. Segerstad has two daughters, one born in 2012 and one in 2016. And in 2014, CBL left their previous label, Ultimae, to go independent; they formed the Leftfield imprint and remastered all their albums.

Derelicts comes via Blood Music. The Finnish label is perhaps best known for synthwave—its roster includes Perturbator, GosT, Dynatron, Dan Terminus, and Tommy ’86. CBL’s music has nothing to do with ’80s sounds or sci-fi dystopias, though, so it might seem like an unusual alliance. But Segerstad disagrees, finding it not only natural but a chance to reach out to a new audience. “[Blood Music has] a massive fanbase of collectors that we would not reach otherwise. The ambient/chillout scene is quite small, and, after all these years, we’re pretty well-established there.”