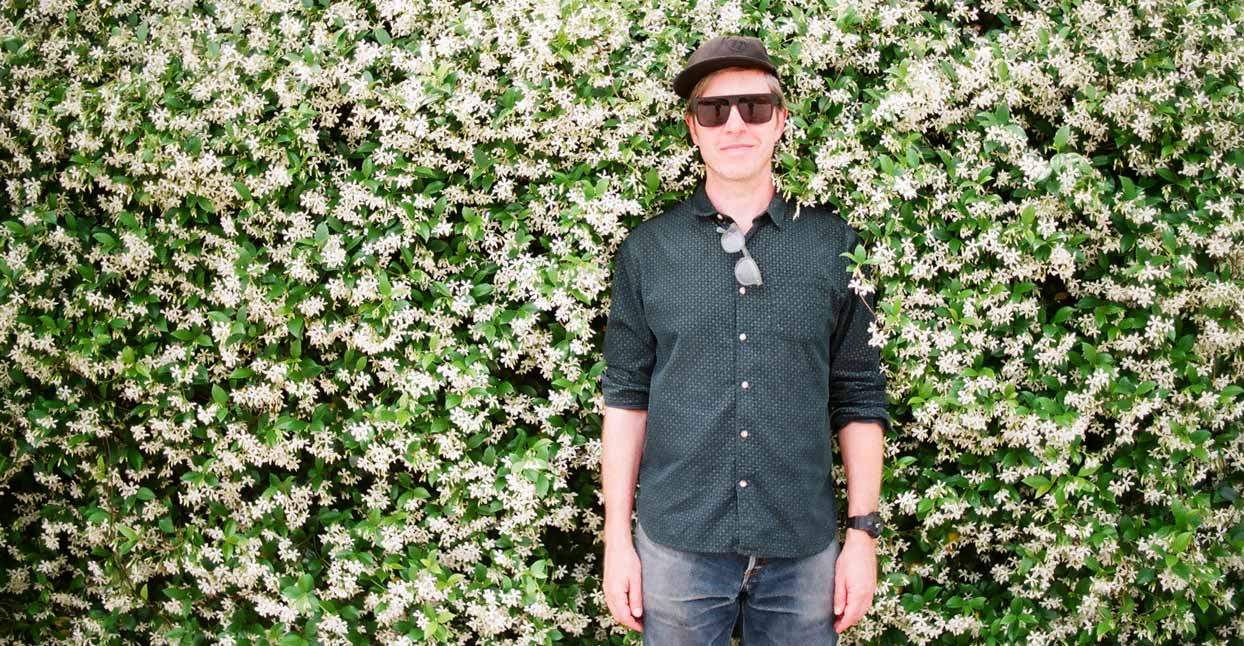 Bill Callahan has spent the past three decades cementing his reputation one of America’s most prolific and inventive songwriters, both in his work as Smog, as well as in the records he’s released under his own name. Although Callahan is well-known for his cryptic and pared-down narratives—which often mirror his elusive public persona—he took a radical new approach on his new double album, Shepherd in a Sheepskin Vest: he opened up. The album, which features the most explicitly autobiographical writing of his career, arrives after a six-year hiatus during which Callahan got married and had a son; he also bore witness to his mother’s death. Callahan’s songs have long explored humanity through a wide-angle lens, often situated in the American wilderness. Here, his tales of life on the home front are no less captivating. In a wide-ranging interview, edited for clarity, Callahan dove into his intentions behind the new album, explained what sets it apart from his extensive catalog, and even chimed in on the merits of “dad rock.”

I was really struck by the sequencing of the album. All of those short songs bumping up against each other reminded me of a mixtape.

I take sequencing very seriously. It’s a big part of my procedure for getting a record over the finish line. I always sequence before I start recording. Side one is a lot about a backstory and old pastimes and the inner world of a person; cerebral things. All the songs on side one develop into each other. I cut off the final chords of songs, jammed them up against the next one, [while] flitting through these memories. Sides two and three are more about human relationships and everyday interactions. The last side is the big picture—like you’re looking at Earth from the moon. I don’t know if that’s too far back [laughs]. That’s the arc of it all.

That also sounds like a journey from past, to present, to future.

I felt like I had to cover a lot of ground on this record. I was definitely thinking about flashbacks in a movie—short things I wanted to share. I wanted to have as many perspectives on the same [topic], so keeping it short worked with the way that a person’s brain works: You don’t focus on one thing at a time, necessarily.

What is the role of the shepherd in the album?

The shepherd is an image that has intrigued me since I was a little kid. It’s a very flexible image. A shepherd straddles a couple different worlds: being both alone and not alone, because you’re protecting your animals. It also straddles an inner world and an outer world. Shepherds can be scary and creepy, and nice. It covers all the bases [laughs].

[At first, “Shepherd’s Welcome”] wasn’t sounding right. A dynamic shift needed to happen. I put the track through tiny speaker, so there’s a low fidelity part. It was really boring without it. It’s amazing how much a little thing like that changes everything. That’s something I learned from this record.

A lot of the stories you’re telling are very explicitly about your life. Why did you turn to that personal material now?

I wasn’t that familiar with a lot of records that were written from a domestic point of view. I wanted to also make all these things that seem mundane—like your life is over, getting married and having kids—I wanted to make that still something interesting. I just thought, ‘Well, I’m gonna be the guinea pig here. My life is still interesting, how can I put that in songs?’ [The answer was] by including as many real details as possible.

In songs like ‘Writing’ or ‘What Comes After Certainty,’ where you’re describing your honeymoon in Hawai’i, it sounds like you’re trying to preserve certain memories.

Memory is a strange thing. I was trying to remember things, preserve them. It’s really important to remember the good times. In a relationship, especially. It helps to remember why you’re there, what brought you there. You can neglect certain memories and then they wither. But if you sustain them, you stay on the positive tap.

[“Writing”] came after moving back to Austin. We’d lived in Santa Barbara for 10 months. I came back to my old house and the old shed where I used to work. As soon as we got back, it all started to come out of me. Once we came back, I barely gave Santa Barbara a thought again. I’m afraid it’s just too nice there. You need a little grit and adversity.

There are also references to real-life people in the album, like Willie Nelson and Bill Bixby [who played the titular role in the 1978 TV series The Incredible Hulk].

Bill Bixby brought a whole different angle to the Hulk. There was something about that character that I noted as a child and held on to. I love at the end of the episodes, he’s often walking down the highway with his carry-on bag over his shoulder [laughs]. He could only turn into the Hulk when he saw an injustice in the world, or evil; that idea of trying to be good, but also becoming a destructive thing when you’re trying to right your wrongs. I always believed Bill Bixby was a good guy [up against] forces more powerful than he is.

Do you consider yourself an optimist?

Every day, waking up in the morning fills me with optimism. Everything is moving along. The bugs are doing their thing. Traffic is going on. Everyone’s going to work. Everything’s working, going in one direction.

Some of your recent albums feature some very expressive electric guitar work. Why did those sounds get stripped away here?

I put a strict acoustic guitar rule [on this album]; no effect pedals. I just wanted a record with a mellow [vibe], nothing grating or too loud. I wanted something that you would listen to in your backyard, so sparse and quiet that birds are singing, cars are going by, the rustling of trees and leaves; I wanted to make a record that was woven into nature, or the world of human noise. I didn’t want to try to squash anything with the sound, I wanted it to be more like a cup or a tray that could hold everything. I tracked the whole album by myself on guitar and vocals and then added [other stuff], instead of subtracting—which is usually what I do: throw a bunch of stuff on tape and then erase it.

I usually have a pretty clear idea of what I want when I start a new record. This time, I was champing at the bit to get back in the studio. It had been five years; I went in as soon as possible without really totally planning what it was going to sound like. Once I got my parts down, [guitarist] Matt [Kinsey] came in…it bought me time to figure out where the song was going. That’s why it took five months; it’s usually seven to 10 days. I’d never given myself that luxury, being in a real studio every day. I had to do that this time; [there wasn’t any] rehearing or a real plan.

Before we wrap up, I wanted to go back to that idea of side four being about the future, or the big picture. In ‘Tugboats and Tumbleweeds,’ It sounds like you’re passing on advice to your son.

I never listened to grown-ups when I was a kid. I don’t know if it’s ‘cause I didn’t respect them, or didn’t understand, or I thought that I knew everything. But the truth is that elders do know a thing or two. A lot of them are wrapped up in their own thing, and can’t extend a hand. What advice would I want to get when I was younger? I’m sure I wouldn’t have listened. If I’d gotten the advice, I would at least be able to kick myself later [laughs].

I gotta ask…where do you stand on ‘dad rock?’

Dad rock? There’s nothing good about dad rock at all [laughs].