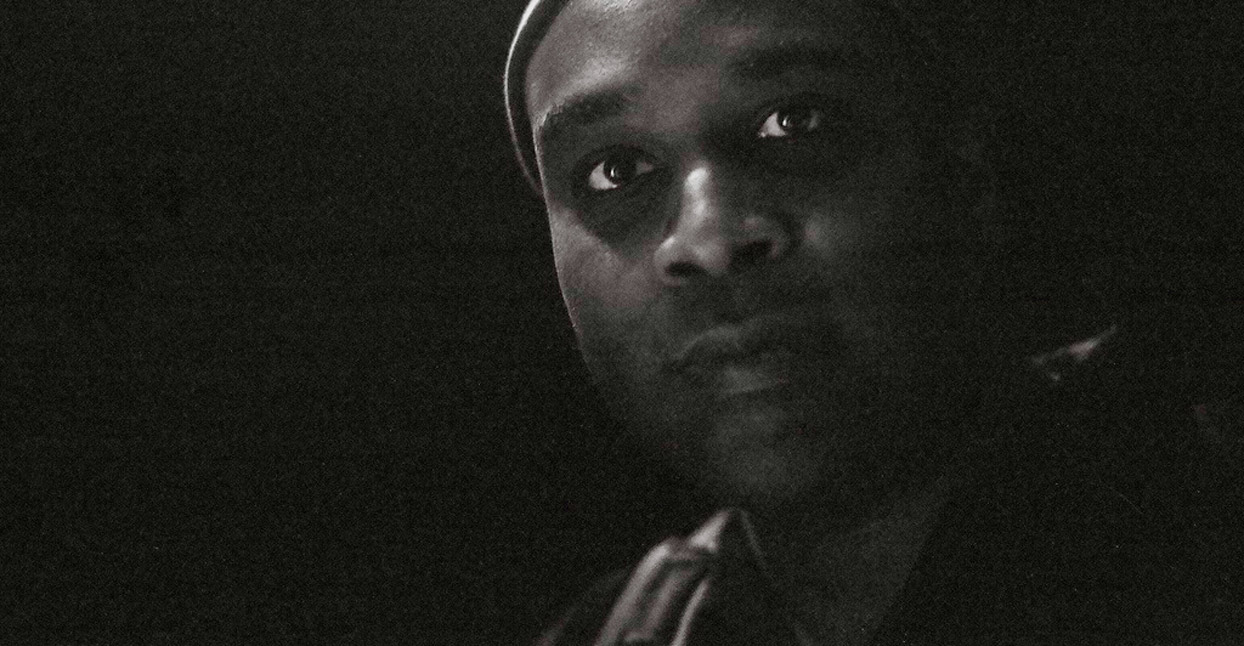 The 2015 release of Beauty Pill’s Beauty Pill Describes Things As They Are was an event in many ways. For one, it was the D.C. band’s first album in 12 years. But it was also part of a bigger artistic happening that included three very public stages of creation.

Conceived by Beauty Pill singer and songwriter Chad Clark, Immersive Ideal began with the band recording Describes in Arlington, Virginia’s Artisphere theater, where anyone could come and watch them work. Once the album was complete, a multimedia installation was created featuring band photos flashing on screens as Describes played in surround sound. Finally, Beauty Pill performed the album, but in an unorthodox way: with the band members set up in corners of the room, and the audience in the middle.

“I don’t pretend that these were radical ideas,” says Clark over lunch at Kramerbooks in Northwest D.C. “If there’s any flag of D.C. art that I would like to fly, it’s that these things were organically generated out of curiosity.” Clark’s argument is convincing because his curiosity is obvious. He’s always searching for new ways to think about music and art, and you can hear that inquisitiveness in the dense, busy mix of Describes. Its songs bubble with ideas without becoming overloaded. It’s a glimpse into a brain that wants to communicate many thoughts but with exacting clarity.

Two years after its release, Clark recently put Describes on Bandcamp. “It feels almost like a reissue,” he says. “People love Bandcamp, they love the idea of it, and I’m into that.” Beauty Pill is about to embark on a short tour with post-punk legend Arto Lindsay (whose song “The Prize” was covered on Describes). We asked Clark about his reflections on the album, what draws him to Lindsay’s work, and what Beauty Pill plans to do next.

Now that it’s a few years in the past, what are your reflections on the whole Immersive Ideal process?

The initial project of Immersive—doing the recording in public—well, my bandmates were resistant. I knew that we would be in the museum sometimes sounding bad, not knowing what we were doing, or making asses of ourselves, because that’s the process of making a record. But privately, I thought, ‘People are going to be on our side. They’ll probably just see some people trying to work, trying to do something cool, and they’ll empathize with us.’ And I felt like that was what happened. My bandmates were nervous, but I feel like that’s a little bit of our dynamic—I don’t think I’m that crazy, but that’s my role, the zany guy who’s like, ‘Come on, it’s gonna be fine.’ And I hope, that the more we try to do things and we pull them off, the more they’ll be like, ‘You know, Chad’s not nuts.’

My friends who are non-musicians think that a record should take as long to make as it takes to listen to. So I thought, ‘I want to show people what it’s like to put a record together.’ It takes some people a long time. There are certainly jazz records and a lot of other great records that happened very fast and very raw and very immediately. But I think most records take a little while to put together, and I wanted to show people what that’s like—even the moments of ordering pizza and it being dull are interesting.

My belief in the intrinsic merit of the music is that being vulnerable and being transparent can’t dispel the power of the music. I’m saying that carefully because I don’t want to be seen as I’m making some arrogant statement. But that’s my belief about music, and specifically about Beauty Pill’s music. I can let people in on how it’s made, and I don’t feel like the soul of it is betrayed. Every aspect of Immersive has been about wanting to invite people into how the music is put together. So the whole experience was gratifying to me. I didn’t have regrets.

Were there reactions to Describes that surprised you?

I’m really happy about the way the record was received. I’m in my forties. This record was the first time I started to feel understood. And that was encouraging, so that’s been positive. But my idea of the record was wrong. I deliberately chose to sign to a small boutique label that mainly puts out esoteric music, almost soundtrack records without films. I regarded Beauty Pill as a pretty small, esoteric thing. I didn’t have any expectation that it would have the reach it seems to have had. I really thought of it as just too dense. It’s really packed with a lot of detail. It’s almost saturated with detail, and I thought that was not a commercial thing. But people seemed to be pretty turned on by that. To some extent, I have to think some things happened in music that made people more receptive to dense, complex rock or hip-hop records—I think Kendrick Lamar made life easier for me in a way. D’Angelo made life easier. But something felt like, ‘Oh, the timing of this is working out for us.’

The songs are very detailed—you can hear everything happening very clearly—but it’s also not hard to zoom out and hear each song as a whole. Is that a tricky goal to achieve?

Everything about this record was a positive experience, and now I’m fucking playing with Arto Lindsay. I now recognize I’m a life artist. I’m never not going to be an artist. That’s the most inspiring thing to me about Arto: this guy is on a fucking trip. Nothing he does is about being cool. He’s super-cool, but it’s by virtue of his vision, naturally following his vision through to the end. He’s never going to stop. He never has stopped and he’s never going to stop.

Is there something particular about his music that you connect to?

I don’t think anyone would hear our music and go, ‘Oh, this is clearly Arto Lindsay-influenced.’ But certainly his journey, from being part of No Wave—essentially a punk terrain—is something I identify with because I also came from, in my own way, punk origins. I like the sweep of the noise [in his music]. His relationship to noise is very interesting to me. I like the fact that he traffics in brutality and confrontation, and there’s sometimes a sour character to it, all the way over to this very lush, ultra-feminine, inviting or seductive … I like the full range of it. He has a spectrum, and I feel like he’s found that naturally. I don’t think he’s ever been chin-scratchy about it. And that’s just inspiring to me.

I would like to emulate what he’s doing with his work, which is following his own journey. He doesn’t look left or right. He’s just going down this path. And I’m almost exactly 20 years younger than he is, and if I’m lucky enough to be alive when I’m his age, I would love to approach life the way he has.

Outside of Beauty Pill, you’ve worked as a producer and engineer for a long time, and he’s somewhat fluent in those areas as well, so that must be a connection.

I think his interest in technology didn’t really evolve out of a particular interest in technology. When I talked to him, [he said] these were just sort of colors he was trying to mess with. He’s not a particularly technical guy. He’s just following through with where the songs can go. And this opens up new doors of how to work. I think he’s a master and I want to be very clear that I don’t think that we’re peers in any way and that my destiny is to be what he is—he’s a genius, I think. I’m a confident person, but I’m not deluded. I’m hoping to learn. I’m straight-up going into this hoping it will be like school, being with someone who’s a master, for real.

What are your plans for a new Beauty Pill record?

I wanted to release a record very quickly after Describes, because I know that my reputation is like, ‘This guy agonizes forever on this shit.’ And I really wanted to be like, ‘No,’ and make something six months later. That hasn’t worked out. I also wanted to make something spare and elegant and minimal to contrast with Describes, to make something that would have the opposite character. But it’s hard for me to do something totally spare, because I keep coming up with ideas and then they go in. I had put a lot of will into [making new songs], and I could just tell it wasn’t exactly working. Devin [Ocampo, Beauty Pill guitarist] said, ‘You should just be yourself. Don’t approach it with a concept; just make music.’ And I was like, ‘But It’s going to sound like a sequel record.’ He was like, ‘That’s fine, man. It’ll be fine.’ So I have a feeling the next record, people will be like, ‘Oh, it’s that guy again.’ But hopefully in a good way!